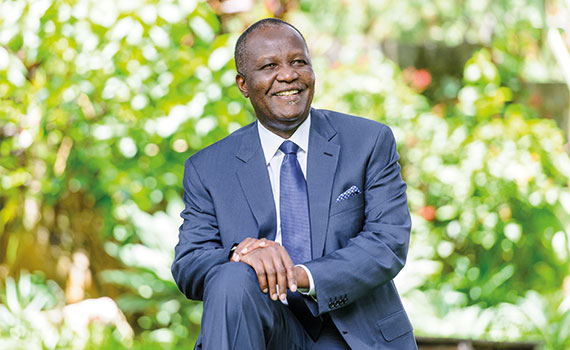 The Honorable Minister of Technology and Science, Mr. Felix Mutati says his Ministry will in the next few days unveil a plan which sets out what it intends to do within a hundred days.

Mr. Mutati says this will include the setting up of platforms for engagement with a variety of stakeholders among them the youth, the Diaspora and the private sector.

The Minister made the remarks during a Zoom forum that was jointly hosted by the Zambian Embassy in Berlin and the Zambia German Association, a voluntary body of Zambians living in the Federal Republic of Germany.

“We are giving ourselves the target of one hundred days so that we are held accountable”, Mr. Mutati said.

The Minister said his Ministry would like to address past bottlenecks in the uptake of input from various stakeholders for purposes of enhancing the quality of public policy.

The Zoom meeting brought together Zambian students in Germany and the Czech Republic who are pursuing studies in Information and Communication Technology, environmental sciences, robotics, economics, agriculture, medicine, among others.

The meeting was intended to facilitate exchange of what the students were doing and what the Ministry of Technology, on the other hand, was pursuing following which a formal channel of communication could be established.

During the interaction, the Ministry learnt that there were some students who were involved in surgical robotics, robotics that could be used in the agricultural sector and many other sectors across the economic spectrum.

The students hoped the Ministry could make a difference by demonstrating that they could take on board the knowledge shared as opposed to what they complained would happen in the past where their contributions would be completely ignored thus stunting the development of the country.

In her remarks, Ministry of Technology and Science Permanent Secretary, Ms. Kayula Siame assured the students of her Ministry’s commitment but also pointed out that commitment was mutual thereby placing an equal weight of responsibility on the students as well.

Giving the background to the zoom meeting, Minister Counselor at the Zambian Embassy, Mrs. Dorcas Chileshe said the Berlin Mission had taken time to study the UPND Manifesto to understand government’s policy trajectory.

“We identified a number of policies and sectors which we then linked to those we have here in Germany, in the process identifying strategic opportunities for Zambia”, Mrs. Chileshe said.

She said technology and science is a huge sector in Germany which offers Zambia an opportunity to draw lessons from and possible enhanced technical cooperation within the context of the relations between the two countries.