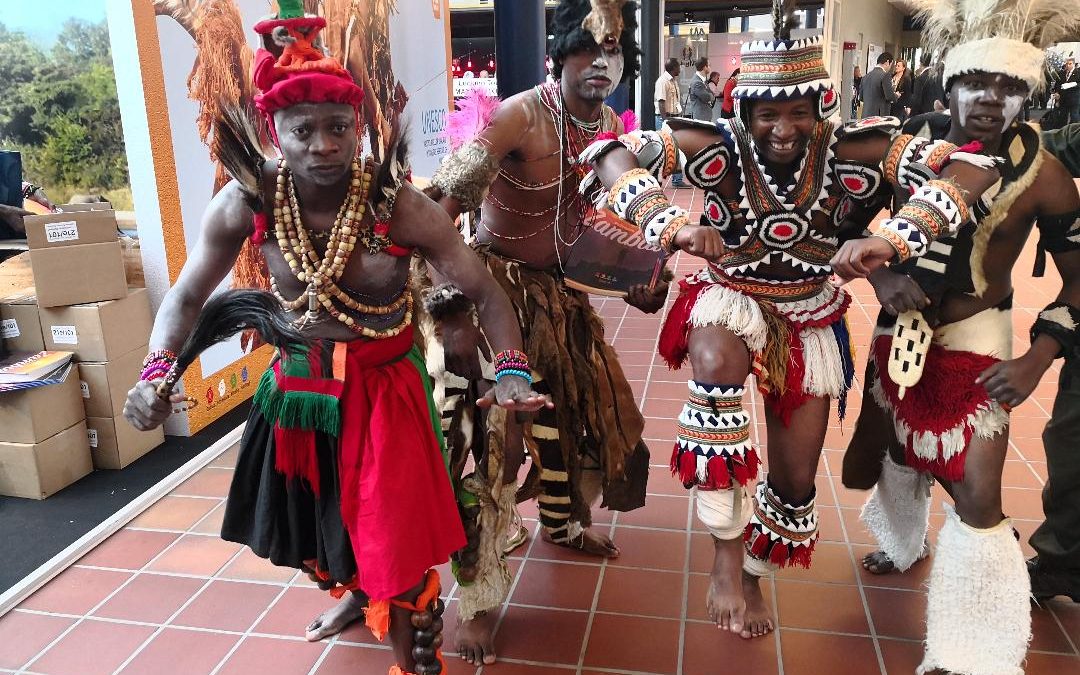 You are an ambassador for your country – Zulu

Lusaka prominent businessman Robinson Zulu has been delighted by the efforts put up by the Zambian government at the ongoing International Tourism Bourse, ITB, a global travel show in the German capital Berlin.

Mr. Zulu was speaking shortly after watching the National Dance Troupe that drew passersby and those manning nearby stands in addition to the crowds that had filled up seats at the stand that had been specially designated for Zambia’s traditional performances.

Mr. Zulu said the Zambian government had spent a lot of money on making Zambia very visible at the travel show that attracts an estimated 100,000 visitors daily for a week and 10,000 exhibitors from 180 countries.

“I was delighted and amazed at the able manner with which Minister Banda has represented Zambia at the 2018 ITB as evidenced by his presentations at various platforms where he has spoken”, Mr. Zulu observed adding, “it was now incumbent upon the rest of us as Zambians to play our respective roles”.

Mr. Zulu said the National Dance Troupe has demonstrated how citizens can be effective ambassadors for their country by playing their part. He pointed to the crowds they drew as the sounds of their drums filled the exhibition hall in addition to their hard pounding dances and spellbinding performances.

Tourism Minister Charles Banda and Zambia’s ambassador to Germany Anthony Mukwita were among the crowds that largely consisted of nationalities from different countries with a few Zambians.

Mobile phones were everywhere as crowds jostled for the best spot to get better pictures of the dancers in their traditional costumes. Reflecting on this phenomenon, ambassador Mukwita said, “the theme Take Zambia With You has been achieved in a spectacular fashion as members of the crowd took images of the performances for their own memories”, adding, “I am certain some of these people will one day come and visit Zambia”.

A German duo from Munich that watched the dance troupe said they were captivated by the power exuded by the dancers and the messages each performance sought to convey. Having been to Zambia before, they said the dancers reminded them in a powerful way of the unique nature of the country’s tourism sites and sounds.

“You can visit other countries in the region but Zambia offers a unique tourism experience because the country has more than they were able to find elsewhere”, said Chris.

Wednesday evening ended with sampling of traditional foods that had been cooked by Zambians resident in Germany, Some exhibitors joined Zambians and tested foods that are unique to Zambia.