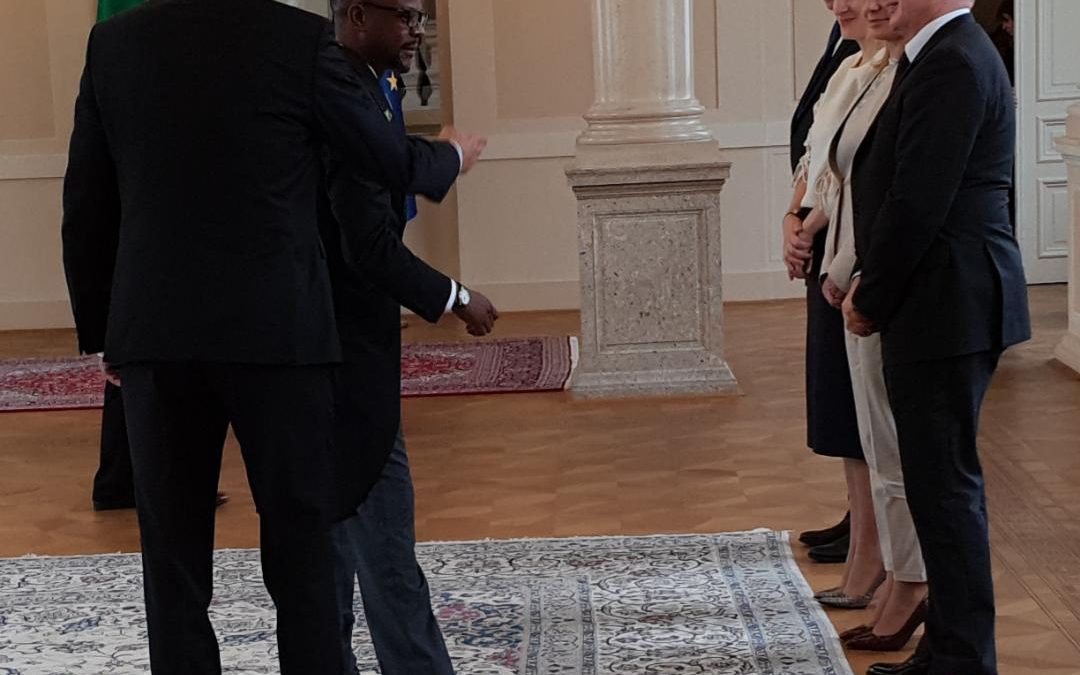 ….. next time the Zambian leader is in Europe, let him come here as well

President Borut Pahor of Slovenia says next time President Edgar Lungu is in Europe, he should visit Slovenia as well. President Pahor says a face-to-face meeting should help cement relations already underway between Zambia and Slovenia.

This is according to a statement issued Thursday in Ljubljana, the Slovenian capital by First Secretary for Press and Public Relations at the Zambian embassy in Berlin Kellys Kaunda.

“The Slovenian leader has also undertaken to visit Zambia as he is planning to visit the African Union offices at some point soon”, Zambia’s ambassador to Slovenian on a non-residential basis Anthony Mukwita says.

Ambassador Mukwita was speaking shortly after he presented his credentials to the Slovenian leader at the Presidential palace. On his part, ambassador Mukwita says Slovenia was a peaceful country whose economy has been and continues to perform well.

“These are the kind of conditions that resonate with President Edgar Lungu’s economic diplomacy”, ambassador Mukwita says, adding, “This is why I assured President Pahor that Zambia was equally a peaceful country with an investment climate that has been rated highly by international development bodies”.

Slovenia was part of the former Yugoslavia before the country broke up into several States during the wind of change that blew across Eastern Europe during the early 90s. Yugoslavia had diplomatic ties with Zambia dating back to independence days.

With most of the countries in Eastern Europe now on the mend politically and economically, Zambia, under the leadership of President Lungu has embarked on renewing diplomatic ties with emphasis on economic diplomacy.

Slovenia is a country with a population of about 2.9 million people and a GDP of about 60 billion dollars. Growing around 3%, the Slovenia economy is one of the healthiest in the European Union. Some of the major exports include cars, vehicle parts and delivery trucks.

“With Europe beginning to phase out fossil fuel-dependent cars, Zambia, a copper producer, stands a chance to boost its economy by selling copper wires that are used in electric cars”, ambassador Mukwita observed.