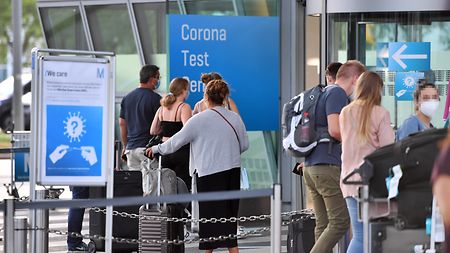 A temporary travel ban into Germany

Non-residents from South Africa, Lesotho, Eswatini and Zambia are banned from today

The German government has announced a travel ban on several southern African countries that include Zambian, South Africa, Lesotho and Eswatini intending to travel to Germany with effect from the 7th of February 2021 until the 17th of February when the ban comes up for review.

Quoting a post on the German embassy website, the Zambian Embassy in Berlin says the measure is intended to prevent the introduction of SARS-CoV2-variants which have been detected in a number of countries that now include Zambia.

In a statement released today by First Secretary for Press and Public Relations, Kellys Kaunda, Zambians are urged to visit the German Embassy website for further details and avoid any inconvenience.

The German authorities have indicated exceptions to the travel ban which include German citizens, members of the nuclear family of Germans who travel jointly with them such as spouses, legal partners, minor children and parents of minor children, citizens of the EU countries and Switzerland, Norway, Liechtenstein or Iceland who have their permanent residence in Germany, third country nationals who have permanent residence and lawful residence in Germany, transit passengers (in international transit only, not within the Schengen Area), transport personnel, health workers, persons traveling on urgent humanitarian reasons and persons traveling in official mission for the International Atomic Energy Agency or the United Nations or UN organizations.

Zambia’s Ambassador to Germany, His Excellency, Mr. Anthony Mukwita has urged Zambians to put their travel plans on hold and keep checking with the German Embassy in Lusaka for latest developments on the matter.

“On our part, we will continue to monitor the situation and keep the Zambian public constantly informed”, Ambassador Mukwita said.

There are mutations of the coronavirus that have been detected recently thereby posing challenges to existing public health measures.

Governments around the world are trying to make sense of these variants while examining closely the efficacy of existing preventive measures.