A well-deserved thumbs up for EAZ board 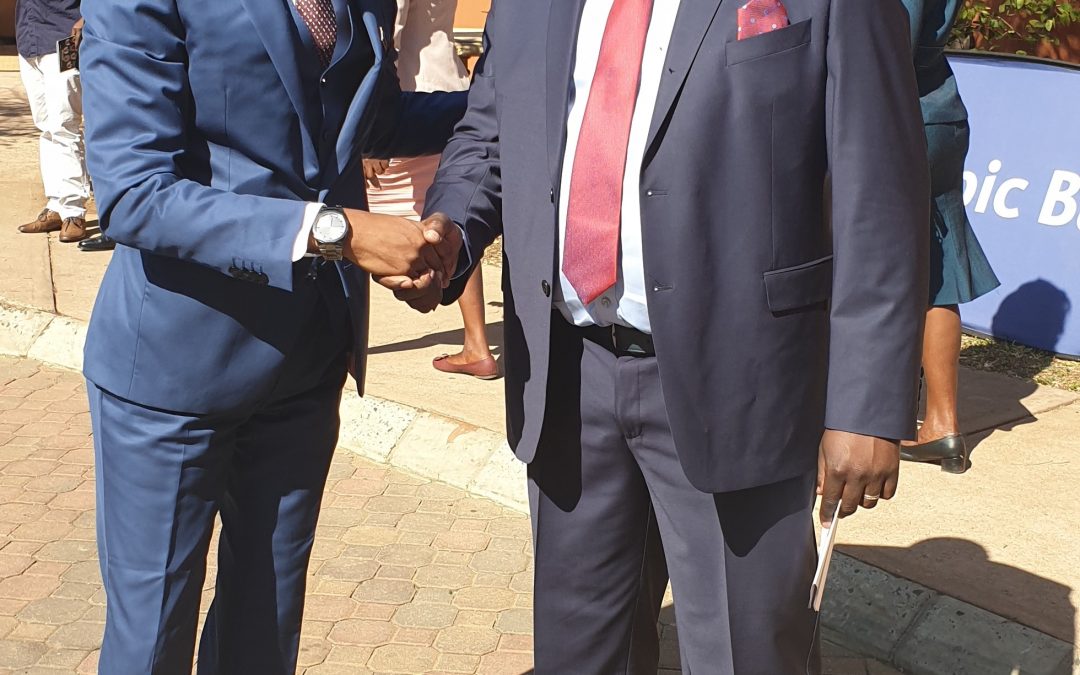 The Economic Association of Zambia or EAZ deserves commendation for organising the debut business summit in the resort town of Livingstone that brought together almost 1000 business leaders, diplomats and Presidents under the same roof said Ambassador Anthony Mukwita.

The Zambian representative to Germany said it must be appreciated that organising an event of this magnitude requires a lot of work and resilience which can be scarce in Zambia sometimes, especially when it is a ‘non-government’ initiative, that nevertheless requires government support at Presidential level.

“Dr Habazoka, Executive Director Miriam Nachilima and the entire EAZ board deserves great commendation for putting together the just ended event that brought together people under one roof from diverse political affiliations to have a positive Zambian narrative,” said Ambassador Mukwita.

Ambassador Mukwita said, “we would fail in our duty if we did not recognise the pivotal role President Edgar Lungu played in icing the whole event because without him President Uhuru Kenyatta and H.E Jakaya Kikwete would have not graced the event.”

Presidential support according to Ambassador Mukwita always counts for a lot at an Economic Diplomacy event, “because after all H.E Lungu is the chief diplomat of Zambia.”

Dr Habazoka and his team managed to bring together all commercial banks in Zambia, Central Bank Governor Denny Kalyalya, Finance Minister Dr Bwalya Nga’ndu and Ministers and parastatal chiefs as well as ordinary Zambian and international business leaders under one roof for 48 hours in a rare feat.

Issues ranging from energy, agriculture, mining and diversification were thrashed out in a candid manner with various solutions being suggested as well as time tables for action being put in place by organisers of the event.

Dr Lubinda said, “We also deliberately opened all deliberations to the Zambian media totally and foreign media such as SABC to cover and analyse the event in the most professional way they could…we gagged no one, neither did we bar anyone from attending the event from the media fraternity as we appreciate the crucial role they play.”

Ambassador Mukwita, one of the many participants that attended the event at “No Cost to government” said the mission in Berlin that contributed to a number of crucial participants will continue supporting Dr Habazoka and team in their stellar national duty.

“As Dr Habazoka and team escalate economic diplomacy our mission shall give them all the support they need by encouraging German business to participate,” said Ambassador Mukwita.

The next EAZ business event promising to be yet another success is billed for April 2020 in the resort town of Livingstone on the banks of the Zambezi river and the mighty Mosi O Tunya Falls or Victoria Falls said Dr Habazoka.

“The push President Lungu put on the event made it assume a life of its own and is testimony President Lungu wants to see economic diversification become a reality to spur GDP growth,” said Ambassador Mukwita.

Ambassador Mukwita urged Zambian media that covered the event to start interrogating the various undertakings made by participants so that they can question them ahead of next year instead of always waiting for a press release.

While commending Dr Habazoka and EAZ team, Ambassador Mukwita said “it is important to ensure more action is taken to slashing poverty and growing and diversifying the economy as EAZ prepares for the next event to avoid rhetoric.”

Some pundits said Dr Habazoka and team are now an inspiration that shows that with resilience and team work you can achieve a lot than when you work alone with a negative attitude.

The event dubbed National Economic Summit of EAZ took place on 26th and 27th July 2019 and was attended by some 780 business identities from Zambia and beyond, including some members of the diplomatic Corps.