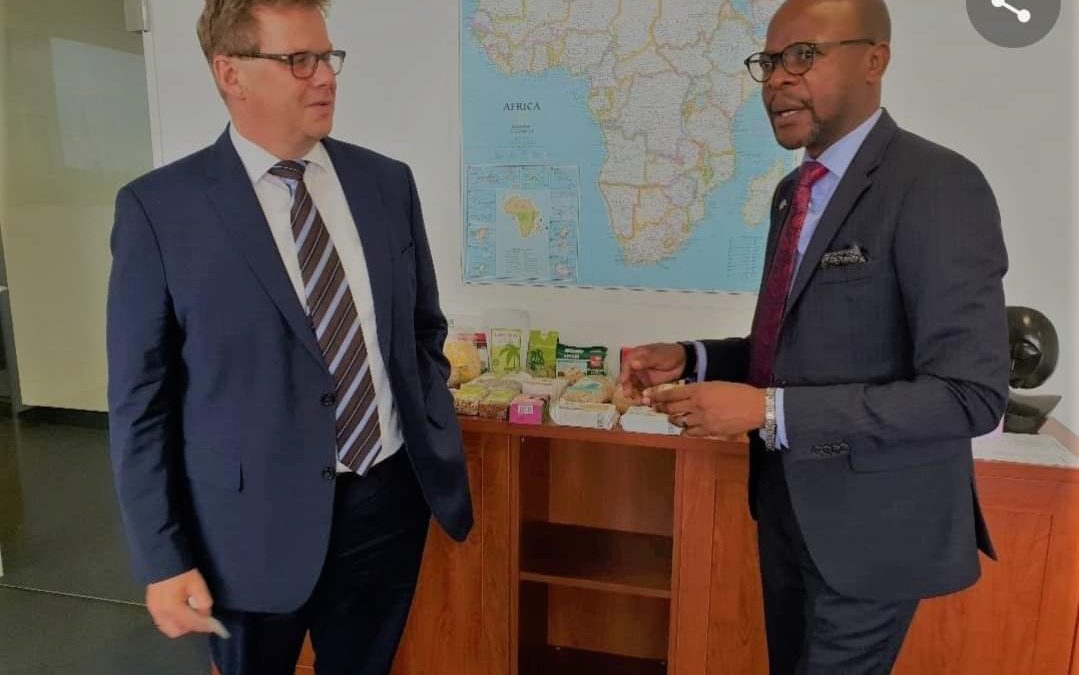 “We were very delighted to learn that Amatheon agro company has now started stocking Zambian foods along with other countries on European shelves because this will spur local growth,” Ambassador Mukwita said.

Bruhn’s communication to the Zambian envoy reads in part that, “the first products like quinoa and Chia can be delivered now while superfoods will follow soon.”

Bruhn who employs full time about 2,500 workers said his company is happy to bring “good things from Africa to Germany,” with other countries he is investing in being Zimbabwe and Uganda. The African food brand destined for Germany is called Zuba in local Zambian parlance and Zuva in Shona, meaning sunshine.

His initiative is helping to give seasonal jobs to 1000 out growers during growing season and providing them with an income while the number could grow as he expands.

President Edgar Lungu has constantly called for diversification as part of the way to grow the economy, reduce poverty and create jobs beyond the traditional mining of commodities such as copper.

“We are here to see to it that the diversification our government seeks is a reality via partnerships with companies such as Amatheon agro group but eventually we also envisage a situation where Zambians themselves break into the foreign market in a bigger way,” said Ambassador Mukwita.

Traditionally, Zambia has been a mining country with copper exports being responsible for about 90 percent of its foreign currency receipts but that is slowly changing especially under President Lungu said Ambassador Mukwita.

The news from Amatheon about Zambian agro products hitting German shelves can be described as an early Christmas present said Ambassador Mukwita, adding, the potential for agriculture production is immense supported by the country’s water and land resources.

Zambia enjoys a significant share of water resources in the Southern African Development Community, SADC, region. It is the source of the Zambezi river, the 4th longest in Africa at 2,574 kilometers. Flowing through five other countries (Angola, Botswana, Namibia, Zimbabwe and Mozambique) on its way to the Indian Ocean, the river lingers longest in Zambia.

Other rivers include the Kafue and Luapula with the latter sharing its waters with the Democratic Republic of Congo, DRC. The country is home to such lakes as the Bangweulu, Mweru which it shares with the DRC and Lake Tanganyika bordering Burundi, Tanzania and the DRC.

“Such abundant sources of water and land” said Ambassador Mukwita “makes Zambia a natural choice for any investor desirous of producing food to feed the world”.