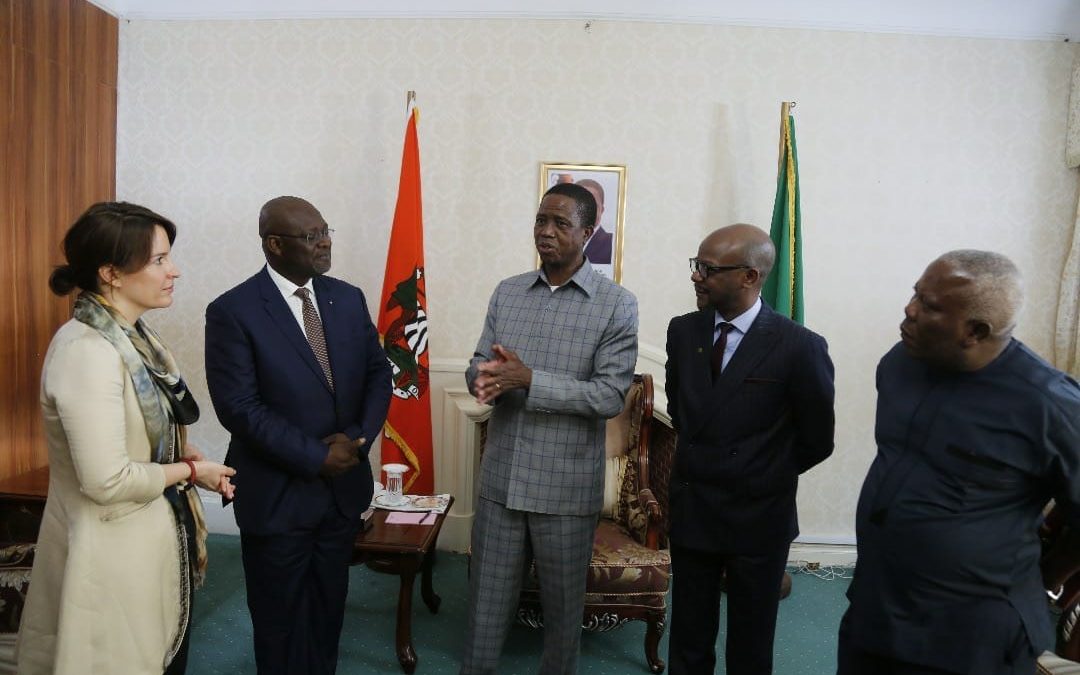 …in energy as an economic diplomacy win

Ambassador Mukwita who has been associated with the process since 2017 said Africa GreenCo Group, together with its operating company in Lusaka headed by Co-Founder of the project Anna-Katarina Hajduka have come a long way since the first engagement at the Conference of the Parties (COP 23) in Bonn under the auspices of the United Nations Framework Convention on Climate Change, UNFCCC.

“Since 2017, Africa GreenCo Group has been focused on investing in the energy sector in Zambia (and the entire southern African region) as the country offers some of the best investment options on the African continent”, Ambassador Mukwita says.

Since then, Ms. Hajduka and Africa GreenCo have engaged officials from the Ministries of Energy Ministry and National Planning resulting in government approving changes to the energy policy and legislation that paved the way for another player in the energy sector whose role would be that of buyer/supplier and provider of power services.

In a statement, Africa GreenCo Group says the investment by IFU “completes the company’s operational establishment in Lusaka and paves the way for 2021 capitalization of the credit for Independent Power Producers or IPPs.”

Since 2015, Zambia has been experiencing power shortages as the effects of climate change have led to a drastic drop in water levels in the country’s dams where hydropower is generated, a source Zambia depends on to a large extent.

Consequently small, medium to large scale businesses have been affected leading to lower production output, loss of revenue and loss of employment in some unfortunate cases.

In response, the government of President Lungu has embarked on policy and legislative reforms to pave way for private investment in renewable energy sources such as solar, wind and biomass.

The introduction of Africa GreenCo is expected to pave way for more private players in the energy sector whose role is that of buyer and supplier of power, not only within the country but to the southern African region through SADC’s Southern Africa Power Pool.

Currently, ZESCO is the only major buyer and supplier of power in the country, a situation that has led to an unsustainable financial burden on the company.

“The nation should look to the near future with hope and confidence as the energy policies of President Lungu are set to revolutionize the energy sector in the country with the help of Africa GreenCo”, an optimistic Mukwita said.

The government of President Lungu has made massive investments in the energy sector as experts suggest that in under one year, it is possible to put behind the era of power shortages in Zambia.

Ambassador Mukwita said reliable energy is crucial for the development of the agriculture and mineral resource sectors of Zambia which are key to earning foreign currency.