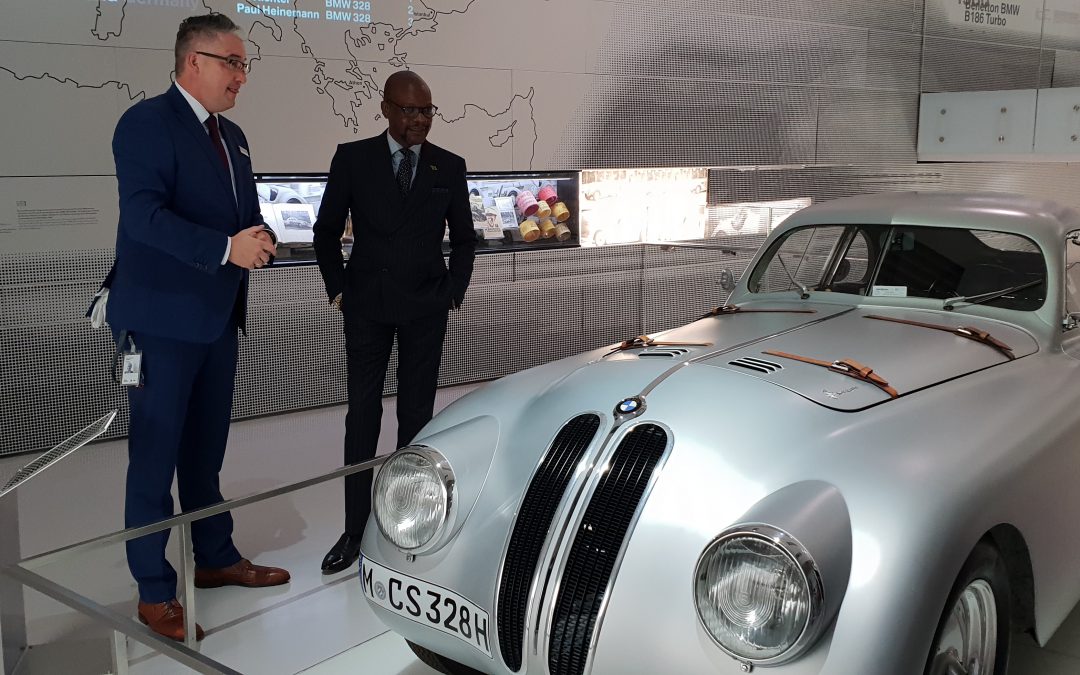 …needs active backing for Zambia´s economic boost
Amb. Anthony Mukwita wrote:
12th April 2021 BERLIN
When President Edgar Lungu said the entry on the global market of Electric Vehicles or EVs could help boost Zambia´s economy, create jobs and reduce poverty, he spoke an infallible truth in my view.
This tagline contained in a speech the President read at Mulungushi International Conference Centre in Lusaka on 10th April 2021 was music to many ears of students of economic diplomacy undoubtedly.
A study I recently read informing us about the fast growth of the EV global industry that could be worth over $700 billion in the next five years gives me the confidence of the Presidents word.
Like President Lungu said, ´copper and cobalt will be among the key ingredients car manufactures in the west will need to feed an insatiable EV car loving market.
Copper and cobalt are in abundance in Zambia and now our country owns100 percent of mines such as Mopani Copper Mines or MCM and others to be dug in future.
Germany´s home of BMW, Audi, Mercedes Benz and Audi to mention but a few, these companies have an insatiable appetite for copper and cobalt.
THE EARLY BIRD CATCHES THE JUICEST WORM
If the EV industry booms and not bust by 2026 as predicted, now would be the time to heed President Lungu´s call to set in motion a plan that could approach EV makers to set up shop in Zambia.
Imagine what we could do with just $1billion a year in revenue from lucrative EV deals, factories for value addition through economic free zone offers?
That´s how China developed spectacular cities such as Shenzhen, I have personally visited and remain wowed up to now with the transformation of a city that depended on selling salt and fish to a city of skyscrapers whose economy is several times large than several SADC countries.
The blueprint already exists in the footsteps of President Lungu´s statement at MICC on 10th April, as they say having a plan, is better than not having one.
HOW MANY EV´s WERE SOLD IN THE EU 2020?
An Allied Market research I scanned states that 500, 000 EVs were sold in Europe last year alone with more in USA and China as the advanced world frowns on fossils.
The market is yawning, cobalt, copper, manganese interest grows like weed in Zambia. What Would Zambia Do?
Zambia comes in with sweat and land equity in the bigger picture of the future of EVs, the youthful population and ample land for setting up factories including vast mineral resources.
WHEN IS THE RIGHT TIME TO ENGAGE CAR MAKERS?
In our jurisdictions as assigned by the President, we have already engaged at a top level, companies such as BMW to source their ingredients from Zambia.
“But we must seek value addition partnerships not raw material partnerships looking at lessons from our raw copper exports and raw coffee exports in West Africa for instance.”
I digress but another study I read states that five years ago, Africa exported $6 billion worth of coffee, after value addition in the west, the net value of the coffee jumped to $100 billion.
We must follow the Lungu road to prosperity from EVs and be smart by value addition in Zambia because our copper, cobalt, iron and manganese are worth much more than we can earn in exporting raw materials.
BACK TO THE PRESIDENTIAL SPEECH
President Lungu´s EV discussion energises me as a diplomat based in a country that specialises in making machines that make machines.
Below are my major economic diplomacy take-backs from President Lungu´s 10th April narrative (apart from EVs) that can actually make up several chapters in a book over his last six years:
• Reduction of deaths of babies at birth from 75 babies per1000 live births to 61
• Introduction of National Health Insurance Scheme to keep a population alive and productive economically
• The increase in the number of students on government sponsorship at UNZA, CBU and other tertiary institutes
• Construction of houses and new schools for teachers and service personnel
• Construction of new hospitals/health centres and rehabilitation of old ones and creating thousand new jobs for health sector
• Zambia has become the third largest producer of corn seed in Africa after South Africa and Egypt. This is vital don’t you think?
• Rehabilitation of the ENERGY sector at about $3billion that has suffered a dearth of investment since the 1970s which shall see extra me watts both hydro, solar and wind come to the fore.
• This will make Zambia and energy hub in SADC and beyond with major projects being the Kafue Gorge Upper Station that will produce 750 MW and a 120 MW of clean energy with the help of GERMANY, more from China and India
The adage of a man´s ´network is he is net-worth´ came to mind when the President made a public statement of appreciating his wife ma´am First Lady Esther Lungu, children and grand-children, because many people of influence forget this.
There was also that point when President Lungu openly showed appreciation for Vice President bo Inonge Mutukwa Wina whom he has traversed rough paths with.
The open acknowledgment of comradeship, respect and loyalty was reassuring on many levels and I personally know no one that deserves the accolades President Lungu lauded on the first female VP of Zambia Mrs Wina and his wife than him.
If truth be told, this is my personal take-back of the ECL speech as I would explain it to my wife over bubbly.
You view once you read the whole almost 15 pages is important.
This personal essay by Zambia´s Ambassador to Germany H.E Anthony Mukwita was inspired by President Edgar Lungu´s speech at MICC on 11th April 2021 in Lusaka available online on the State House page.
Caption: Amb. Anthony Mukwita at the BMW HQ in Bavaria, Germany before the lockdown during an official visit.