Ask what you will do for government – Malanji tells diplomats 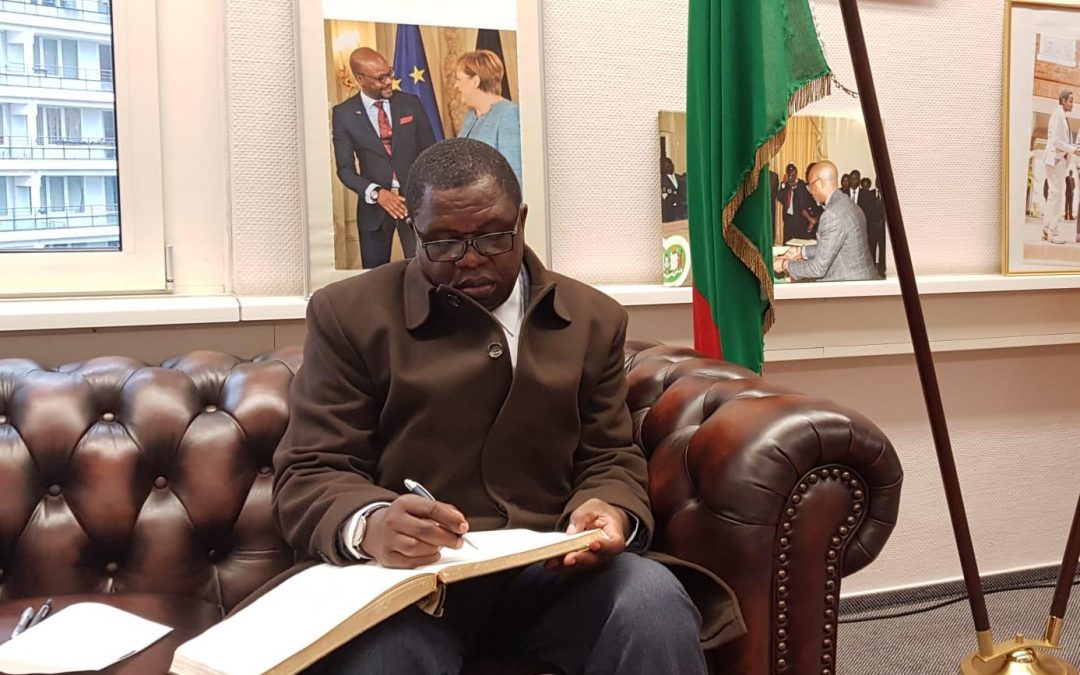 ……don’t just sit and wait for a paycheck

Foreign Affairs Minister Joseph Malanji has called on Foreign Service workers to uphold unity of purpose and loyalty to leadership if they are to contribute to the national development agenda of the government of President Edgar Lungu.

Addressing diplomats at the Zambian embassy in Berlin, Mr. Malanji said habits that included talking ill of the government of President Lungu by some Foreign Service workers because they have a preference for other political leaders tended to undermine the whole essence of diplomatic engagement.

“This thing of writing messages on social media platforms speaking ill of government and yet you are a Foreign Service employee will not go unnoticed”, the honorable Minister said.

Mr. Malanji told the Berlin-based diplomats that they should take a humble view of their appointments “because the same qualifications you have, Zambians back home equally have them but God chose that at this point, it ought to be you to serve”.

The Minister took a swipe at those in the habit of undermining Heads of Missions saying “The one you are protesting against today may be replaced by someone even worse”.

He advised instead that time be spent on identifying activities that are in the interest of the country other than a preoccupation with paychecks. “Ask what profitable things you can do for government and not what government can do for you”, the Minister challenged the diplomats.

If foreign Missions are to contribute to national development, Mr. Malanji, who is also Member of Parliament for Kwacha constituency said unity among diplomats needed to be upheld.

The Foreign Affairs Minister was in Berlin to check on government property and get a personal feel of their state. He inspected both the residence and the chancery whose state has come to the attention of the Zambian authorities.

The Honorable Minister said government was in the process of making a final decision on the way forward. His tour was part of government efforts to address the poor state of government property in some missions that have suffered from years of neglect and lack of continued maintenance.

Signing in the visitor’s book, the Minister said he is determined to pull the plug off the hemorrhage of public funds arising from rented buildings and the continued maintenance of property in a state of disrepair.