Celebrating amid the pandemic 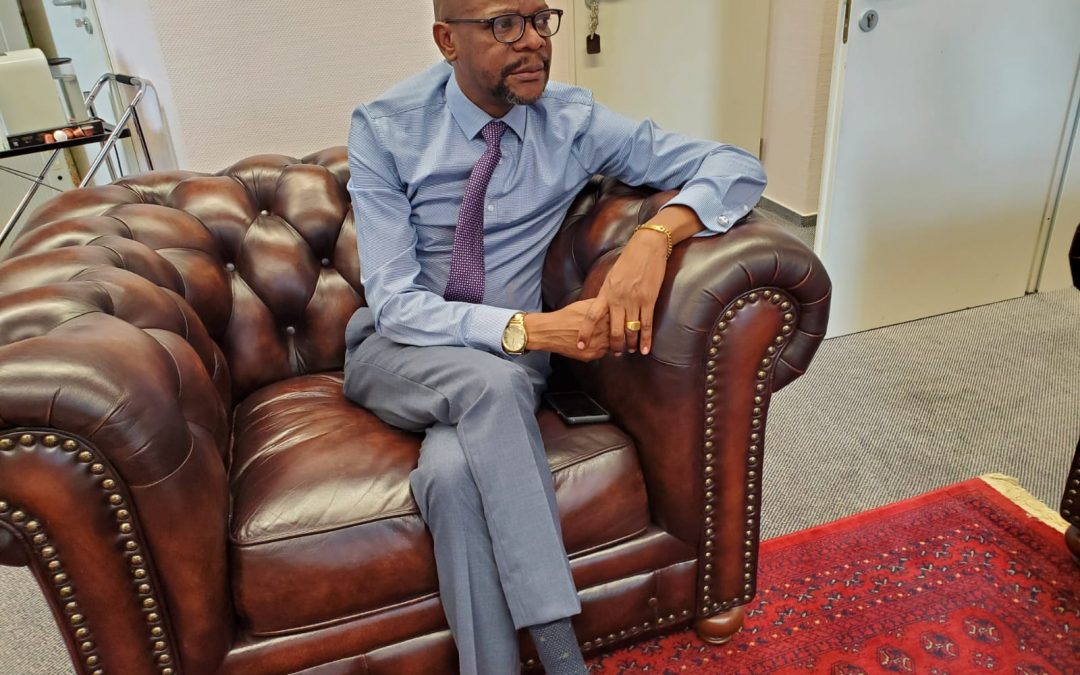 Zambia’s Ambassador to Germany, His Excellency Mr. Anthony Mukwita has commended Zambians in Germany for their initiative to hold independence celebrations virtually.

Ambassador Mukwita said as the coronavirus cases rise again in Germany leading to the cancellation of large gatherings, the initiative by the Diaspora was a demonstration of their determination to hold the country’s flag high.

“I must say that I am both humbled by your initiative and proud of you for observing the national day in an innovative way though faced by a pandemic that has and continues to threaten our normal ways of life”, Ambassador Mukwita said.

Mr. Mukwita said the initiative demonstrated the Diaspora’s determination to remain in contact with one another, an act that must be encouraged at a time such as this when the pandemic has led to isolation, illness and fatalities.

The virtual independence celebrations were organized by the Zambia German Association, ZGA, a voluntary organization of Zambians living in Germany. The program opened with a prayer followed by the Zambia National Anthem. There was both entertainment and speeches during the program.

In his opening remarks, the ZGA Chairperson Mr. Enoch Chota said Independence celebrations were particularly important to the Diaspora as they reminded them that they had a country of origin where no one asked them where they came from.

“In foreign lands, you are bound to be asked where you come from or a derogatory word may be used against you, but at home no one ever does that”, Mr. Chota said as he emphasized the significance of holding independence celebrations.

In addition, Mr. Chota said coming together served as a prevention against psychological and mental challenges and illnesses that are associated with living away from home.

“There are studies that have been done and confirmed that there are psychological and mental illnesses associated with living away from home which could be addressed when people coming from a similar country meet regularly”, Mr. Chota, who has lived in Germany for more than three decades, said.

According to official statistics, as at December 2019, there was a total of 585 Zambians living in Germany.

The theme for this year’s 56th independence anniversary was: 24th October 2020, Zambia at 56: One Land, One Nation – Building Our Future Proud and Free.

Due to a recent rise in coronavirus cases across Germany, authorities are advising against large gatherings and emphasizing preventive measures such as the wearing of masks, social distancing and washing of hands.