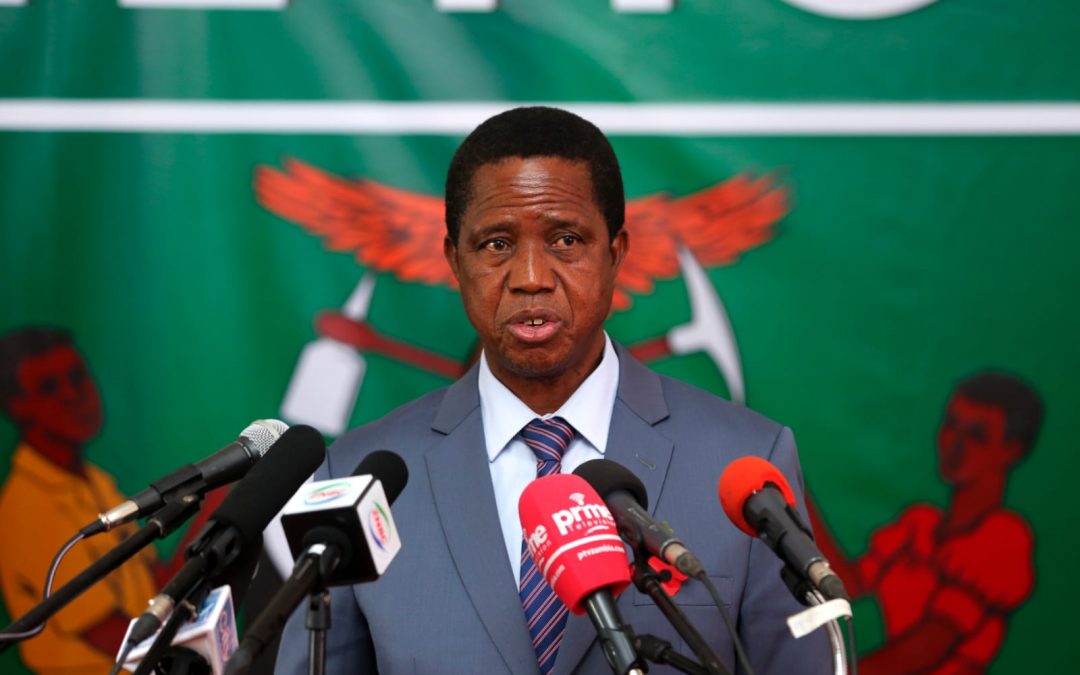 Zambia’s Ambassador to Germany Mr. Anthony Mukwita has described the decision by the European Investment Bank to stop lending for fossil fuel development by 2022 as one of the major turning points in the climate change narrative.

Ambassador Mukwita said the decision signaled the end to paying lip service to the urgency of climate change as recently touted by President Edgar Lungu when he addressed the nation on 13th September 2019 to mark the start of business of the National Assembly.

Ambassador Mukwita said the development widely reported by international media such as CNN Business (see link below) sets the tone for concrete future action on mitigating negative effects of climate change that has left a trail of misery in Zambia and other countries in southern Africa.

The diplomat said the decision is particularly important because it is taken by a financing institution which is key to the future of the fossil fuel industry.

“This is one of the loudest voices we have ever hear heard in recent times that indeed we must not pay lip service regarding climate change as our President himself has repeatedly said in parliament and recently when he met journalists”, said Ambassador Mukwita.

With the life of fossil fuel usage approaching its evening years, H.E Mukwita said it signals the dawn of the electric car industry that according to Acumen Research and Consulting would be worth a staggering US$567.2 billion by 2026.

Zambia is home to more than 50 percent of the minerals needed to make EV components such as copper and cobalt, as Africa’s number two  top copper producer, with the added advantage of peace and stability.

“Just as the discovery of oil turned fossil fuel producing countries into major global players, the dawn of the electric motor industry could push copper producing Zambia to the position of a significant global player in future”, the diplomat said.

He said the decision by the EU investment bank vindicates President Edgar Lungu who recently has been reminding Zambians that climate change was a real danger to the country’s way of life hence his government’s decision to embark on one of the most ambitious energy diversification programs in history.

Energized by crippling power cuts of the 2014/2015 (and currently) rainy season that reminded him of the lack of investment in the sector, President Lungu’s government has embarked on several hydropower, solar and photovoltaic solar energy generation projects located in different parts of the country.

The projects include Kafue Gorge Lower with an expected production capacity of 750MW. The Commercial Operations Date, COD, for this project is 2020.

Ambassador Mukwita said while these projects are at different stages of development, Zambians must take individual initiatives to access power through other means such as solar panels and generators.

“Zambians must appreciate that President Lungu has placed Zambia on a firm path towards an energy secure nation unprecedented in the country’s history”, H.E Mukwita said, adding, “there is now more reasons to invest in Zambia’s energy sector than ever before.”

The EU investment bank announced last Thursday that come 2022, it will no longer lend money to fossil fuel projects according to CNN Business, a move that has been welcomed by environmental activists.

President Lungu on the other hand is more concerned about the negative effect’s climate change has had on decent ordinary Zambian folks that run salons, barber shops and backyard welding shops.