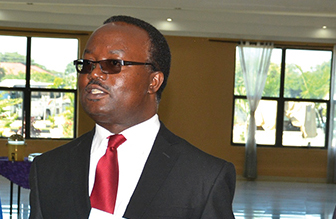 ….we are available to tell the Zambian good story

Zambia’s Ambassador to Germany, His Excellency Anthony Mukwita has congratulated the newly-appointed Special Assistant to the President for Press and Public Relations Mr. Isaac Chipampe. Ambassador Mukwita said Mr. Chipampe comes with a wealth of experience in the media and communication sector which is critical in communicating the President’s message to both Zambia and the world beyond.

“President Edgar Lungu and his government have done so much both at domestic and international levels that require communicating regularly and effectively. This is not an easy task nor a task that one individual can shoulder. On our part as Berlin Mission, we remain available to work with Mr. Chipampe in telling the good Zambian story”, said Ambassador Mukwita.

The Zambian envoy said the Zambian government faces several information challenges that include inaccurate perceptions, deliberate distortion, and in some instances innocent misunderstanding of public policy. Mr. Mukwita said the most effective response is to regularly inform and explain to the Zambian people and the international audiences the ongoing development programs that have continued to positively impact the lives of the Zambian people.

“President Lungu’s infrastructure development program, rural electrification program, water reticulation program, the agricultural program, developments in the tourism sector, communication interconnectivity, renewable energy and many others have set Zambia on an irreversible footing for current and future development efforts”, Ambassador Mukwita recounted and added, “this is the story of the Lungu Presidency that we must continue to tell”.

On an international level, Mr. Mukwita said President Lungu’s government has played significant roles in bringing peace and stability in the Democratic Republic of Congo, in Lesotho, in the Madagascar elections and in the peaceful transition of power in Zimbabwe.

Ambassador Mukwita also noted Zambia’s active role in the Africa Union Peace and Security Council and the country’s selection as a host for the continental body’s Economic,  Social and Cultural Council, ECOSOCC.

“This is the story of this Presidency at an international level that we must continually share as it inspires hope in a continent written off by its critics who would like to see Africa continue to wallow in poverty. This is the kind of leadership that challenges old-age myths that the continent lacks leadership to meet the development challenges of a heavily globalized 21st century”, said Ambassador Mukwita.