Do more to save the planet – Kapata 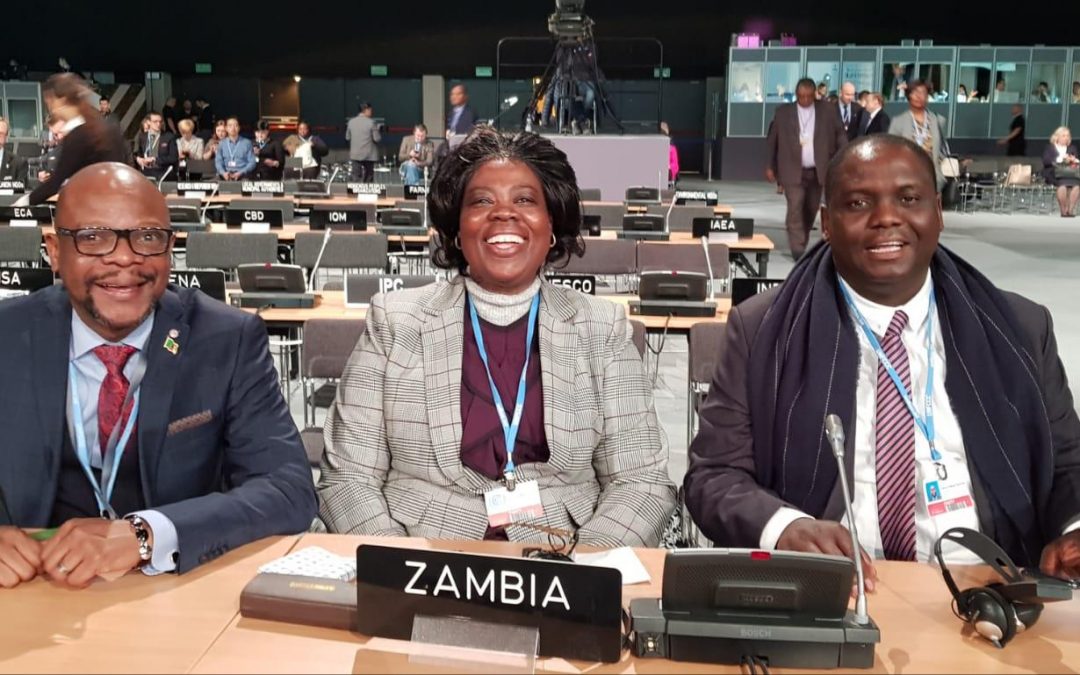 ….Minister urges developed countries to do more on climate change

Honorable Minister of Lands and Natural Resources Jean Kapata has called on developed countries to do more to save the planet from the current effects of climate change. Ms. Kapata says since the Paris Agreement on Climate Change was signed three years ago, measures taken to arrest the devastating trends brought about as a result of greenhouse emissions have been inadequate.

The minister said this in a statement issued at the ongoing UN-organized conference on Climate Change otherwise known by its acronym, COP24, or Conference of the Parties, taking place in the Polish city of Katowice.

“Just look at the recent scientific evidence including that of the Inter-governmental Panel on Climate Change, IPCC, it indicates that we need to take drastic transformation of our energy systems if the global community is to stand a chance to abate dangerous climate change levels”, the statement reads in part.

The Minister says in her participation at the conference, Zambia will ensure that a sense of urgency is built into the decisions that shall be taken eventually. Ms. Kapata says Zambia will be paying particular attention to issues related to the financing of climate change programs because of their relevance to the implementation process.

Under the Paris Agreement on Climate Change, each country determines her own contributions otherwise known as Nationally Determined Contributions or NDCs. In Zambia, there are over 30 projects as NDCs in various sectors that include forestry, renewables, water and sanitation.

The Zambian government has established a policy and institutional framework for the coordination and implementation of climate change-related programs and projects. It consists of a policy organ – the Council of Ministers chaired by Her Honor the Vice President Madam Inonge Wina. A Steering Committee, consisting of Permanent Secretaries supervises the implementation of projects and programs.

Below the Steering Committee is a group of experts drawn from various institutions. The institutional framework is intended to ensure a linkage is maintained between climate change and the 7National Development Plan.

“It is my hope that Katowice delivers on its promises so that the right signals are sent throughout the international community and global leadership provided to guide efforts at mitigating the adverse effects of climate change”, Ms. Kapata says.

The Minister is accompanied to the conference by her Permanent Secretary Mr. Trevor Kaunda and Zambia’s Ambassador to Germany and Poland His Excellency Anthony Mukwita.

Hundreds of delegates from more than 190 countries and institutions will be meeting until the 14th of December to agree a on a final framework for the implementation of the 2015 Paris Agreement on Climate Change.