Energy deficit in Zambia is a business opportunity 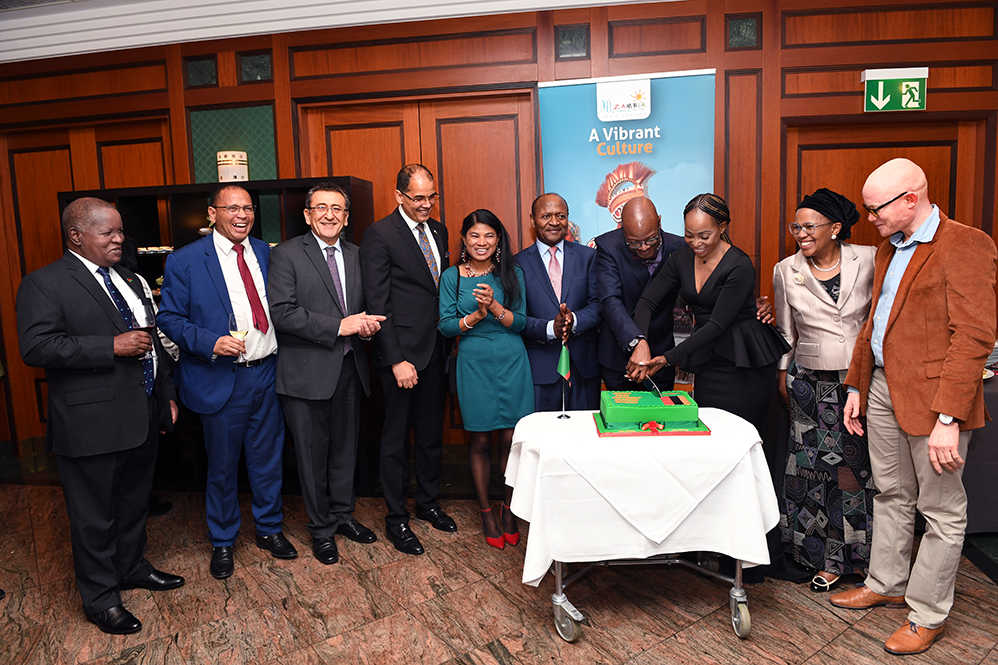 Investors must view Zambia’s energy shortage as a business opportunity, not a downside said Ambassador Anthony Mukwita during the country’s National Day event in Berlin on Friday.

With the theme “Our Freedom Our Country, our Responsibility,” the diplomat echoing sentiments of President Edgar Lungu in the State of the Nation Address said time to invest in Zambia’s energy sector is ‘ripe’ now.

“We heard President Lungu bemoaning how small business at house-hold levels such as tuntentambas have been adversely affected by Climate Change as the country faces critical power shortages,” said Ambassador Mukwita, “this must change through foreign direct investment because the ordinary people in Zambia matter the most on the Presidential agenda.”

Ambassador Mukwita said, “it is our responsibility as economic diplomats to engage those with money to take it to Zambia’s energy sector that currently has a power deficit of almost 1000 megawatts.”

He said agriculture and mining activities, in addition to house hold business have been adversely affected due to the reduction in power supply as a consequence of climate change.

Business people in Germany according to Ambassador Mukwita must rise to the challenge and fill up the yawning energy gap because the market in Zambia promises to be a real cash cow for any business.

Ambassador Mukwita said investing in the energy sector in Zambia could present opportunities of supplying power to the entire SADC region with potential of huge profits.

Zambia’s official Independence Day falls on 24th October 2019 but the embassy of Zambia in Berlin celebrated it on 1st November 2019.

Accompanied by his wife Mrs. Elaine Mukwita and diplomats from the Zambian mission in Berlin, Ambassador Mukwita said President Lungu is determined to see the energy black hole in Zambia plugged as soon as possible.

Zambia also used the event to put its weight behind the call for lifting of sanctions against Zimbabwe that have continuously hurt ordinary Zimbabweans, in line with SADC heads of states declaration and greater support for Zimbabwe.