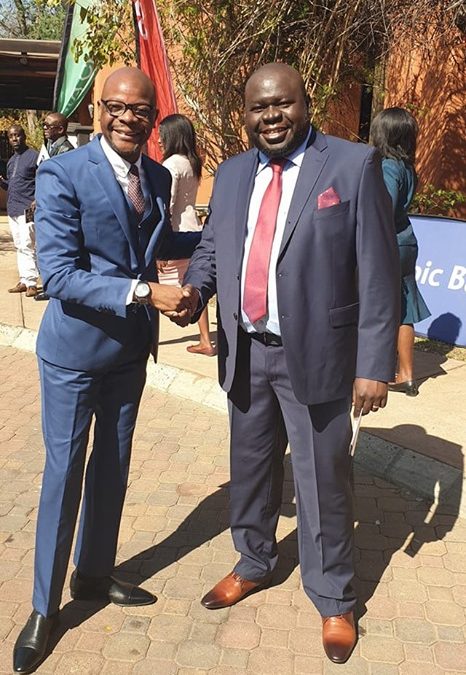 A high-level business delegation from Slovenia has set its eyes on investing in Zambia because of the southern African country’s’ “attractiveness” as a business destination said Ambassador Anthony Mukwita.

Ambassador Mukwita said the delegation would be in Lusaka in less than three weeks to explore various areas of investment ranging from agriculture, renewable energy and IT.

“The Slovenian interest in Zambia tells a good business story,” said Ambassador Mukwita, “the story is that Zambia is without a doubt a very attractive business destination.”

The visit is as a consequence of efforts between hon consul of Zambia to Slovenia Mr Damjan Zonta (a businessman) and the embassy of Zambia in Berlin which also oversees Slovenia with H.E Mukwita as a none-resident Ambassador.

“Because of the magnitude and importance of this business meeting we naturally involved the Ministry of Foreign Affairs and the Economics Association of Zambia (EAZ) to ensure both Slovenian and Zambian business get the best future deal,” said Ambassador Mukwita.

A statement issued by Kellys Kaunda, the First Secretary for Press and Public Relations at the embassy of Zambia in Berlin has confirmed this adding that this is the first time such a top-level delegation was coming from the US$50 billion GDP rich nation (Slovenia) of only about two and half million people.

Slovenia is a developed country with high per capita incomes and is looking at expanding beyond Europe in search of ‘greener partners’ in places like Zambia said H.E Mukwita.

And Dr Lubinda Habazoka, the EAZ president whose influential organisation is coming straight out of successfully hosting the first ever business event in Livingstone in July that was attended by President Edgar Lungu, President Uhuru Kenyatta and former President Jakaya Kikwete expressed confidence that Zambia would gain from the high-level business visit from Slovenia.

“This is a real confidence builder for us in our quest for greater economic diplomacy as an embassy,” said Ambassador Mukwita, “and working with Dr Habazoka and EAZ makes the job even lighter.”

Zambia has been listed by international analysts as one of the top ten most attractive African countries to conduct business with said Ambassador Mukwita.

“Our undisrupted peace and political stability continue to be our greatest attraction above anything else in the eyes of business men,” said Ambassador Mukwita.

A total of seven companies will be represented in the delegation in collaboration with EAZ and the embassy of Zambia, and are expected to spend at least one week in Zambia.