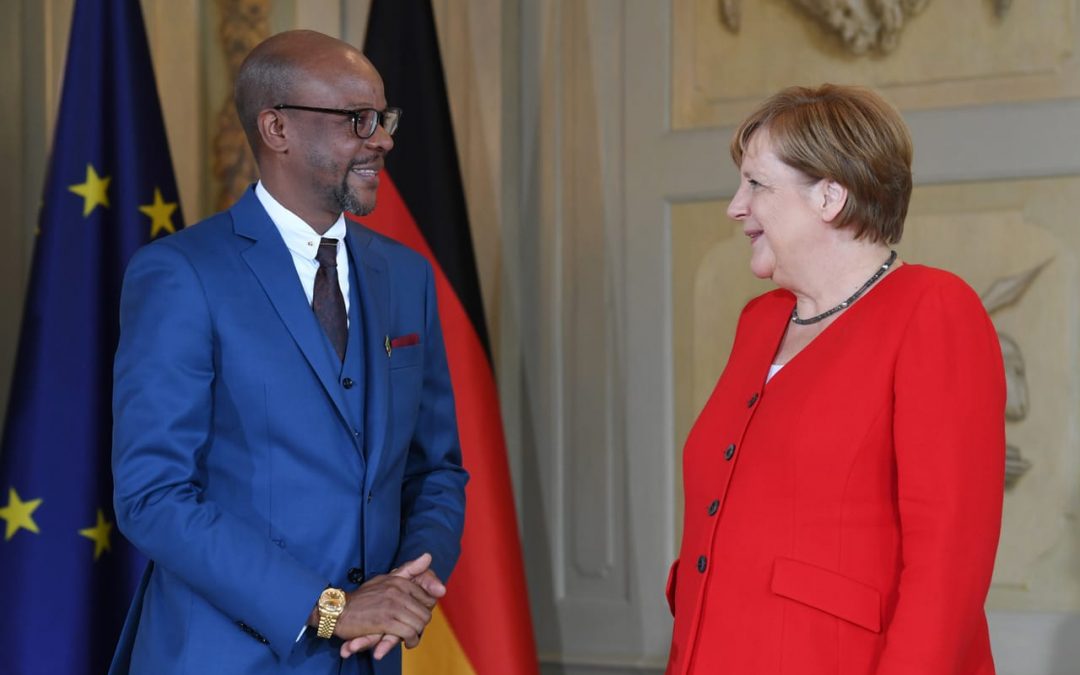 Mrs Angela Merkel, the Chancellor of the Federal Republic of Germany has expressed a deep desire to host the President of Zambia H.E Edgar Lungu in order to enhance the good diplomatic relations the two countries have enjoyed for more than 50 years said Zambia’s Ambassador to Germany H.E Anthony Mukwita.

On the side-lines of the biggest diplomatic event on the calendar of the most influential female leader on the planet held annually at her Country retreat known as the Schloss Meseberger, Chancellor Merkel said a meeting with President Lungu is something she is looking forward to.

“I would like to meet your President as soon as possible please arrange the meeting with my people,” the Chancellor who donned a red top and black office trousers said.

During her walk around to have ‘face to face’ moments with Ambassadors gathered at her annual event, Ambassador Mukwita took the opportunity to state his case.

“Madam Chancellor there has not been a high-level meeting between your office as Chancellor and or either the Office of the President of the Federal republic of Germany since 2007 we believe such a meeting is crucial for escalating economic diplomacy given our warm history,” Ambassador Mukwita told the most influential woman on earth.

After an almost five-minute direct chat with the Zambian envoy, the Chancellor of the Federal Republic of Germany indicated that she would be expecting official communication regarding the possible meeting with President Lungu soon.

“When national leaders meet at such a high level there is a lot of economic opportunities that either open up or are enhanced,” Ambassador Mukwita said, “and we are here to do just that, create the opportunity.”

Ambassador Mukwita said more than a dozen German companies including huge brands such as Mercedes Benz, BMW and Botch already have a presence in Zambia, “and I have no doubt that a meeting between President Edgar Lungu and Chancellor Angela Merkel would drive more traffic to Zambia.”

The Schloss Meseberg is a Baroque Palace located some 65kms out of Berlin in the state of Brandenburg which serves as the retreat for the Chancellor of Germany as well as the official Guest House of the Federal government of Germany.

This is the second time H.E Mukwita was joining fellow Ambassadors accredited to Berlin at the auspicious Chancery event.

The late President Levy Mwanawasa is the last person that held bilateral meetings with Chancellor Merkel in 2007 hence Ambassador Mukwita’s over riding need to break the diplomatic jinx.