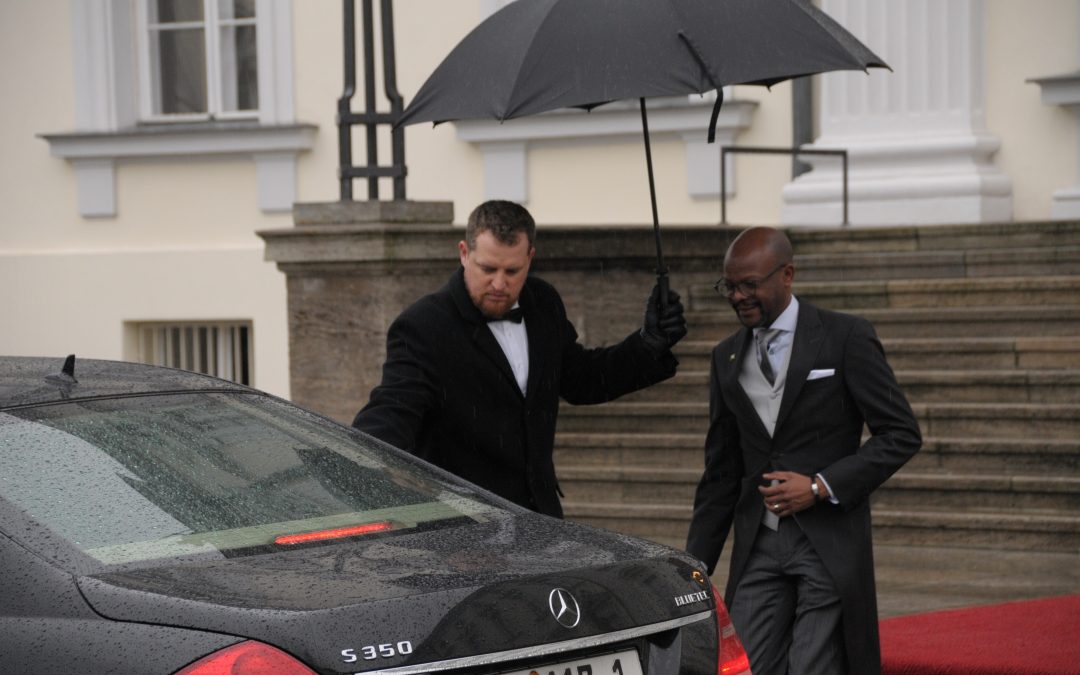 Mr. Anthony Mukwita, Zambia’s Ambassador to the Federal Republic of Germany said Wednesdays’ major breakthrough by host Chancellor Angela Merkel to agree to a deal to form a new coalition government in Europe’s largest economy more than four months after elections is a major step forward.

In a statement issued by First Secretary Press and Public Relations, the Zambian envoy said the federal government could now focus on economic expansion and greater integration with African economies since the debate on the formation of a government is now in the past.

“They (German’s) have proved once again that you can agree to disagree but still find a solution to good governance,” Ambassador Mukwita said, “we are looking forward to greater discussions of cooperation since Africa was key in some of the conditionality’s of the formation of a coalition government here in this great nation founded on solid democratic credentials.”

Mrs. Merkel reached an agreement with her former coalition partners, the Centre-left Social Democrats (SPD), after the longest period without an elected government in postwar Germany.

She was cited in the local media here saying, “this agreement can be the foundation of a good and stable government, which our country needs and which many around the world expect of us,” Mrs. Merkel said on Wednesday.

The deal could bring an end to months of uncertainty in Europe’s dominant power and biggest economy.

Other media reports, however said there was relief in Berlin and across the continent yesterday as to the “shock news” that the SPD or Social Democratic Party leader, Martin Schulz, announced he would be stepping down and taking a cabinet post as the influential foreign minister instead.

SDP, a longtime partner of Chancellor Merkel’s Christian Democratic Union is one of the oldest parties here.

In a give and take for the sake of progress according to analysts Chancellor Merkel had to agree to a number of demands from her coalition partners.

Below, a Telegraph analysis regarding Europe’s biggest story right now

Mrs. Merkel has been facing challenges to form a government since her first attempt to form a coalition after September’s elections collapsed according to reports here but now progress seems certain.

Her former coalition partners in the SPD came to her rescue but they exacted a heavy price for their support, and the new government is set to be much more active in pursuing greater European Union integration and Eurozone reform.

Who are the new players?

Martin Schulz, the former European parliament president who has called for a “United States of Europe” is now set to become foreign minister.

Andrea Nahles will take over as leader where she is expected to focus on rebuilding the party, which suffered its worst ever result in September’s election. Instead he has decided to pass that job to Ms Nahles.

At the foreign ministry the federalist Mr. Schulz will be able to direct Germay’s EU policy. And he will have the support of a party colleague at the finance ministry.

Olaf Scholz, the current mayor of Hamburg, is set to become one of the most powerful figures in government as both finance minister and vice-chancellor.

The coalition agreement includes commitments to strengthening the EU and working with France on Eurozone reform. It pledges to work towards turning the Eurozone bailout fund into a full-blown European Monetary Fund, and says Germany is “prepared for higher contributions to the EU budget”.

Brexit is mentioned in a shot across the City of London’s bows. “In light of the upcoming withdrawal of the UK from the EU we are going to make Germany more attractive for financial institutions,” it reads.

In a sign of another key policy shift, the most outspoken critic of Mrs. Merkel’s “open-door „refugee policy is to be handed direct control of the issue as interior minister.

Horst Seehofer, the leader of Mrs. Merkel’s Bavarian sister party, the Christian Social Union (CSU), will take over a beefed up interior ministry with expanded powers.

Africa has been mentioned at least more than 20 times in documents of coalition perhaps more times than any other trading block according to analysts.

Ambassador Mukwita said Zambia known for peace, stability and smooth transitions continues to learn from the host country that has tested democratic credentials as the story develops.