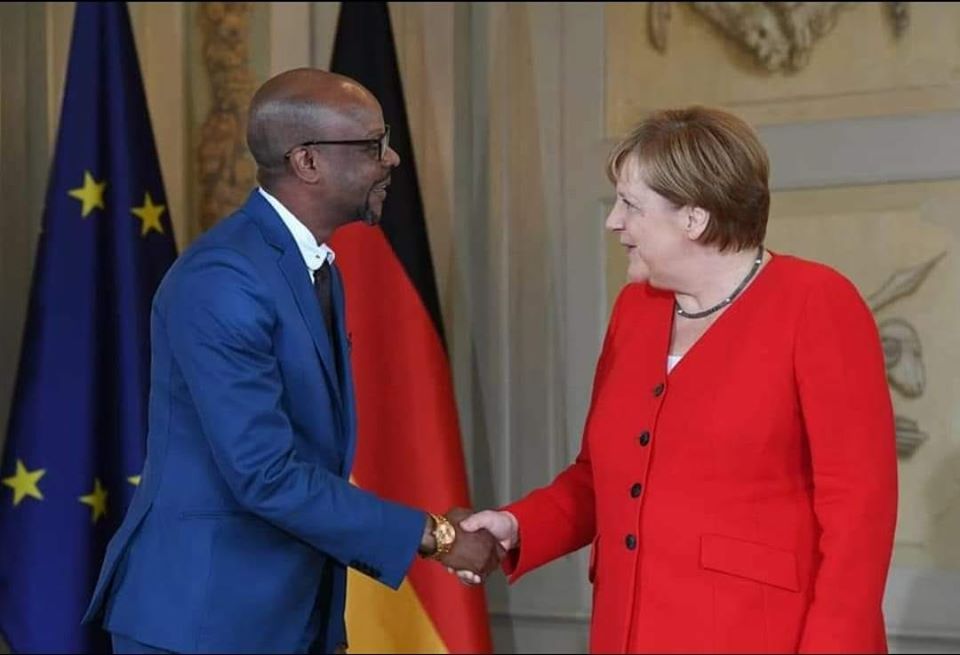 ….as Amb. Mukwita reaffirms German as all-weather friend under COVID-19

Zambia’s Ambassador to Germany, His Excellency Mr. Anthony Mukwita has lauded the Federal Republic of Germany and Chancellor Angela Merkel for coming through for Zambia at the most critical moment with an 18.5-million-euro response or K370 million when the country needs it the most.

Ambassador Mukwita said the gesture signified Germanys ´generosity and economic diplomacy´ between the two countries that stretches back to more than 55 years ago.

“As Zambia’s representative in Germany, I feel extremely touched by the contribution and relieved greatly at the prospect of saving many lives of my fellow countrymen and women who are faced with meagre resources to fight an epidemic that has claimed thousands of lives across the globe”, said H.E Mukwita.

“I also know that the gesture is an open endorsement of the friendship the Chancellor of the Federal Republic, Angela Merkel has with the President of Zambia H.E Edgar Lungu,” said Ambassador Mukwita.

H.E Mukwita noted that while Germany was still grappling with the global pandemic on own soil, she still shared her resources to demonstrate that Zambian lives equally mattered due to a long-standing diplomatic relationship.

Ambassador Mukwita said placing human lives at the center of foreign policy has come to define the hallmark of international relations under the leadership of Chancellor Angela Merkel.

“Germany and Chancellor Merkel has shown similar generosity to Spain and Italy, so it means so much for us and we appreciate it so much,” said Ambassador Mukwita.

This is not the first time the German government has provided humanitarian support when Zambia needed it the most. Not too long ago, the country provided Zambia through UNICEF with 10 million euro to address the needs of the refugees that had just fled instability in the eastern region of the Democratic Republic of Congo.

Again, as the Zambian government embarked on diversifying energy sources in response to the adverse effects of climate change, Germany, through its development wing, KfW, set aside a 100 million euros for setting up manufacturing plants that would be producing 100 megawatts of power through solar energy.

Ambassador Mukwita said the German support was a demonstration of the confidence the country had in the leadership of President Edgar Lungu who has held the country together in some of the most critical moments of Zambia’s history.

He said such support will help build the country’s capacity to deal with a variety of challenges that will from time to time confront the nation while Germany Ambassador to Zambia H.E Ackim Burkart cannot be left in all this generosity said the Zambians envoy.