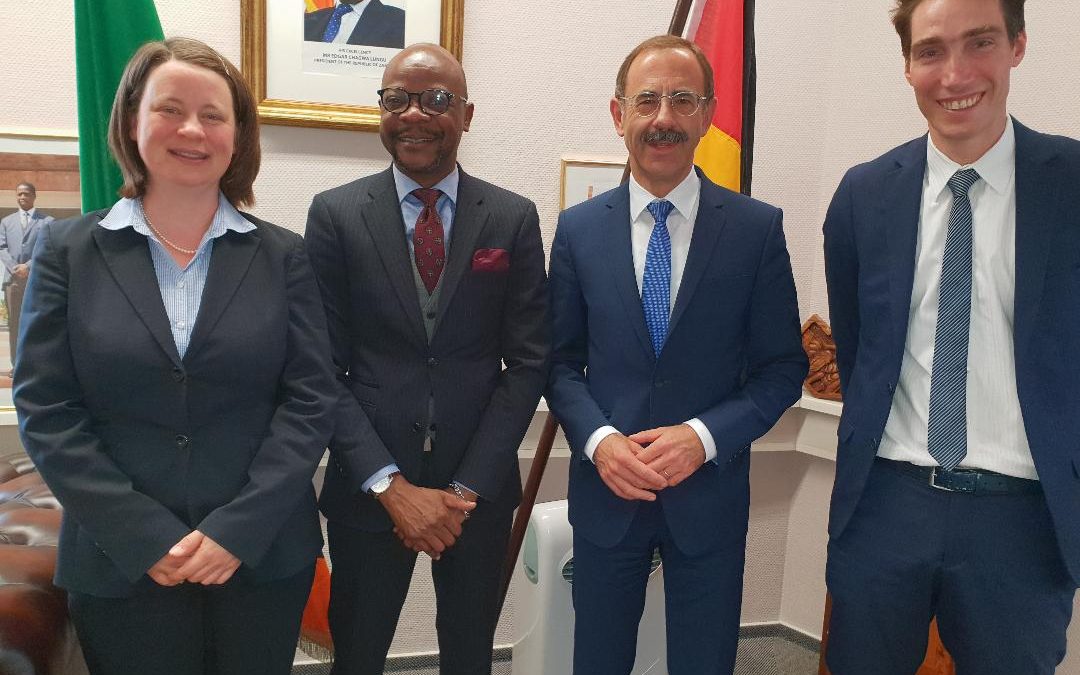 Zambia in US$10 million German windfall

Zambia will receive a US$10 million cash injection from the Federal Republic of Germany (FRG) to be used for improving water and sanitation challenges for refugees fleeing conflicts from countries such as the Democratic Republic of Congo, said Ambassador Anthony Mukwita.

Mr. Mukwita was speaking shortly after meeting top officials from the Federal Ministry for Economic Cooperation and Development led by Mr. Alois Schneider when they paid a courtesy call on him at the Zambian mission in Berlin on Wednesday.

This is according to a statement issued by First Secretary for Press and Public Relations Kellys Kaunda who described the meeting that covered various socio-economic and diplomatic issues as successful.

“This was the first time Ambassador Mukwita was officially engaging the Federal Ministry in charge of Economic Cooperation and Development since he assumed office in 2017 and in our view lots of ground was covered,” read the statement in part.

Ambassador Mukwita said the financial resources from the Economic Cooperation Ministry also known by its German acronym BMZ, “shall go a long way in alleviating the poverty status of refugees in Zambia following a call for international help by President Edgar Lungu earlier in the year when the country received a sudden influx of 10,000 refugees most of them women and Children.”

The Zambian envoy said, “it is our understanding that this generous gift from the Federal government shall be channeled through UNICEF, the United Nations Fund for children and we would be right to call it a God-sent from Germany.”

The German delegation to the Zambian Embassy, at the behest of Ambassador Mukwita, was led by the Head of Division Southern Africa: South Africa, Mr. Alois Schneider, Ms. Heike Porksen and Senior Policy Officer Christoph Ritz.

“The money should be released for refugee support purposes to Zambia through UNICEF before the end of the year,” Ms. Porksen said, “the beneficiaries will not only be refugees but people in the areas that host refugees and this is a very important fact to bear in mind. The clean water shall be shared equally between refugees and the local community.”

President Lungu and First Lady Esther Lungu have personally made persistent calls to the international community to help lift up the adverse livelihoods of refugees fleeing conflicts in their countries and finding refuge in Zambia.

In 2015, Germany received global plaudits by responding to a refugee crisis in Europe by accepting some 1 million refugees when other European countries shunned them, a move the Zambian diplomat hailed as generous and outstanding.

Zambia has enjoyed relations with Germany both politically and diplomatically for over four decades now and Ambassador Mukwita said he intends to escalate and grow this relationship in order to make it beneficial for Zambia.

This is not the first time Germany is being generous to Zambia, as earlier in the year they donated more than 600,000 euros at the height of the conflict in Congo.