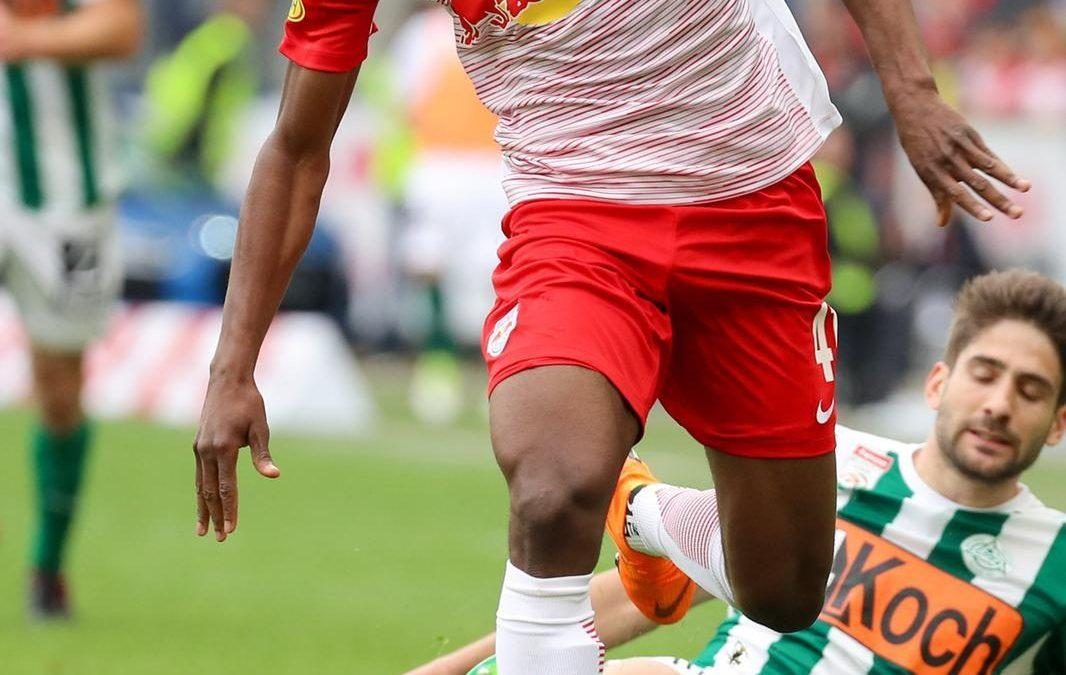 The Zambian embassy in Germany with extra accreditation to Austria seeks to encourage the ‘sizzling hot’ Zambian soccer talent Patson Daka for finding the net twice in the Europa league on 21.02.19.

This was during the game his super league team Red Bull Salzburg played against Club Brugge.

Daka hit the net first in the 29th minute and the second one in the 43rd minute sealing the fate of Club Brugge in a game that ended at 4-0 in favour of Daka’s side.

Daka told Ambassador Mukwita that he would strive to become ‘better’ than soccer legend Kalusha Bwalya aka The Great Kalu whom he greatly admires.

Ambassador, also none resident Ambassador to Austria told Daka that footballers like him and others abroad are influential diplomats in their own right as they continue to fly the nations flag and spread goodwill of Zambia.

The Ambassador encouraged the 20-year-old Daka and encouraged him to sign up for a higher education that could complement their soccer talent in future.