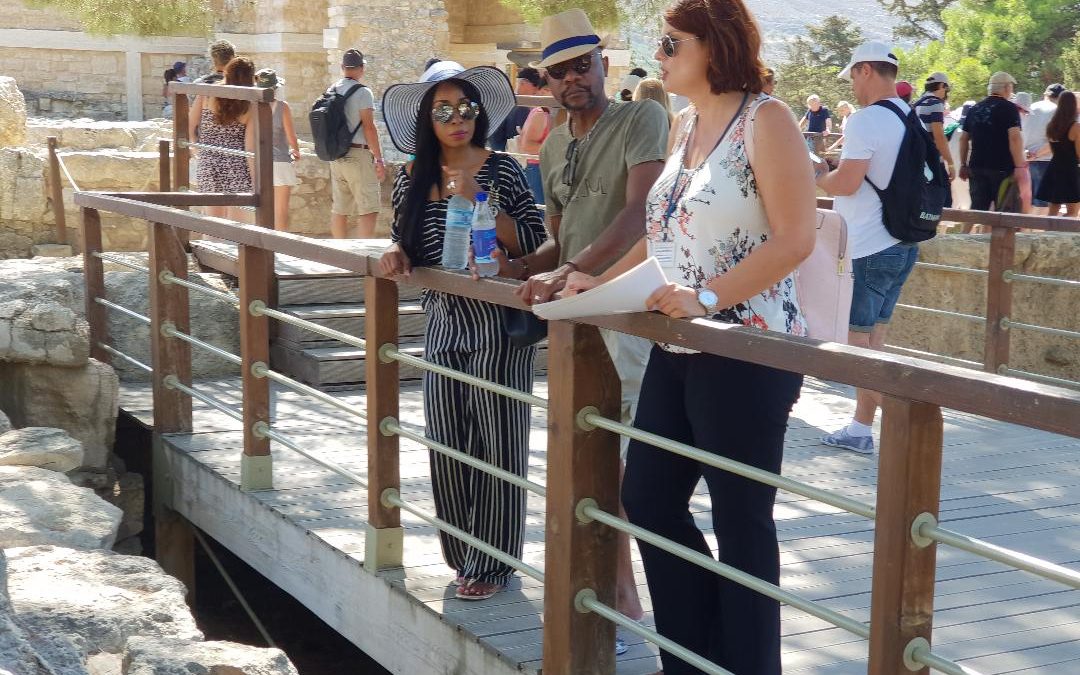 …Zambia’s rich history is a money-maker

Zambia’s rich history can be a huge source of income for the country, said Zambia’s ambassador to Germany Anthony Mukwita. Speaking shortly after concluding a two-hour tour of Knossos, one of the oldest palaces in the world located on the Greek Island of Crete, ambassador Mukwita observed that there were hundreds of people that had queued up seeking to enter the premises where the ancient ruins are located.

The ambassador was in Crete at the invitation of CIVITEL Hotels that have offices in Berlin as part of the company’s efforts to explore possibilities of expanding their investment into Zambia by setting up two hotels of 150 rooms each in both Lusaka and Livingstone.

“Each of these people are paying to go in resulting in considerable revenue for the Island of Crete and the country of Greece as a whole”, the Zambian envoy observed. On average, there are 1500 tourists per day paying 5 euros each to enter the premises with numbers increasing to about 5000 on some days during summer holidays.

The palace is believed to have existed as far back as 7000BC making it one of the oldest such ancient facilities in Europe. Archeologists believe an estimated 20,000 people lived in and around the palace whose ornaments, architectural design and paintings point to a civilization that took care of its people in both material and spiritual needs.

“We know from examining the structure of the ruins that the inhabitants of the palace and its surrounding areas knew how to design sewer systems; they stored food; they had defense and security infrastructure and they socialized by engaging for instance in bull-related games that have survived to this day”, Archaeologist Dimitra Pilarinou told ambassador Mukwita.

Mrs. Pilarinou, who holds a Masters in Archaeology, said countries with rich history backgrounds are potentially in a better position to gain more from tourism if they invested considerably in marketing.

“People need to know your story before they make up their minds to come and visit your country”, she said.

On its part, the Zambian government has began to market and attract tourists to historical sites in the country with the latest being the centenary celebrations to be held in Mbala later this year to mark the end of the First World War. Over 18 countries have so far confirmed participation in the event that ambassador Mukwita says signals government’s investment in historical sites that can be found in different parts of the country.

Under President Edgar Lungu, tourism has been ranked together with other economic Ministries such as Finance and Agriculture to unlock the potential that has remained untapped for a long time.