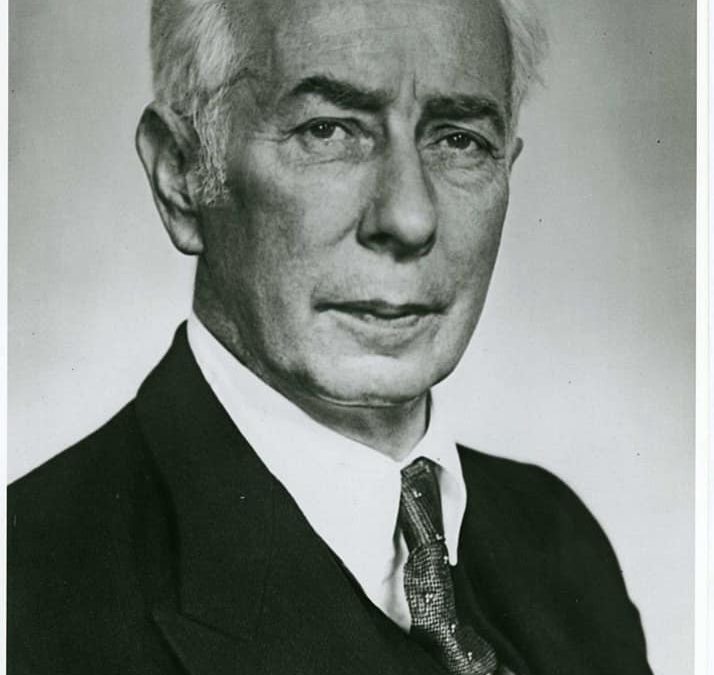 …the day the guns went silent in history May 8

I am a sucker for a good story which in my book must have a happy ending. Especially now during these gloomy COVID-19 times.

Today I found one on DW, one of the most respected global news outlets with headquarters in Bonn followed by millions.

I was scouring for the latest authentic updates on what the COV situation is in Germany and globally, there is no better source for me than DW. In Zambia Health Minister Chitalu Chilufya is doing a stellar job mazel tov.

Instead of virus news, I came across a totally different story that nevertheless, many of you history buffs will revel in.

It doesn’t matter whether you are from Cape Town or Cairo, Lusaka or London, because you might have heard of a very bad hombre called Herr Adolf Hitler.

The DW story was about how on 8th May 1945, some 75 years ago today, the Second World War (WWII) ignited by racist Nazi leader Hitler ended—the guns went silent (DW, 2020).

May 8 was a great day because people would stop dying from a senseless war that claimed six million lives in Europe, mostly Jews.

To bring this issue close to home, Zambia had a population of three million people at independence in 1964 , if you crunch the numbers and you were in Hitler´s path at that time, there would be no Zambia.

Hitler, however had a good ally in Japan according to history records.

Even after Hitler laid down arms, Japan did not surrender opting to continue fighting against Alpha, Bravo, Charlie, history states.

They only laid down arms a few days later after the Uncle Sam dropped two nuclear bombs on Hiroshima and Nagasaki on August 6-9 of 1945.

Records show that unfortunately some 146, 000 people died in Hiroshima and another 80, 000 in Nagasaki over a period of about four months from the drop of the deadly nuke. COVID now.

Zambia wasn’t unscathed because we were under British rule, it means we were fighting against Nazi Hitler too and shed blood in the process.

In fact, stories are that the WWII did not end in Germany-it ended in Zambia´s Mbala district.

There is loads of WWII memorabilia in Mbala district regarding how the biggest and deadliest war in the world ended on Zambian soil, this history remains undisputed.

What is different today in Berlin?

Today, however, the city of Berlin commemorated the silencing of the guns silently due to the coronavirus that has killed thousands globally and shut down business.

In fact, long before the historic May 8th day, the influential Chancellor of Germany Angela Merkel said the COVID-19 epidemic is the worst thing that happened to Deutschland since WWII.

Hitlers Wehrmacht that was ended by NATO allies.

DW traces the stages of the war and identifies how its end was characterised by an ´ideological battle over guilt and responsibility´ between West and East Germany.

The ´Hitler hate Parade´ led by the Soviet Union, the United States, Great Britain and France was lauded by pundits, but other studies show it came with its own baggage the story goes.

The great and proud Germany had been destroyed and divided into four zones of occupation by foreigners the same way Africa had been dissected before the independence struggle by Europe (DW, 2020).

Remember Auschwitz the Factory of Death

On the side-lines of the COP24 in Poland I took a trip into the serene town of Auschwitz in Poland in order to get a deeper understanding of the bloody misery Nazi Hitler unleashed onto the world. I was accompanied by fellow diplomat Kellys Kaunda.

My stomach couldn’t hold the pain and anguish of the pain and sorrow ‘frozen’ in this camp aka the Death Factory in the Auschwitz camp where I saw pictures of innocent 4-5-year-old kids dressed dressed in their Sunday best marching towards the gas chamber to their horrible and painful death.

They were told by Hitler´s Nazi lynch men that they were simply going to church to pray to God.

But back to the day Germany surrendered.

When the allied countries took over Germany, “Defeat had been complete and overwhelming.,” reads DW in part.

It triggered emotions of guilt and shame. The Third Reich, as the admin of Hitler was known had set the terrible conflict in motion with its invasion of Poland which I visited as I did dozen other EU countries.

Unprecedented crimes against humanity followed, above all the systematic extermination of six million Jews reads the DW article.

In the post-war years, any sense of outrage over these crimes was still not enough for most Germans to consider May 8 as a day of liberation — in contrast to the European countries that German forces had occupied during the six years of war.

Now the tables had been turned: Germany defeated and occupied. An ideological war between the communist Soviet Union and an alliance of democracies in the West began to take hold, signalling the division of Germany and the division of Europe (DW, 2020).

Theodor Heuss: ‘We knew of these things’

If you have been to Berlin, Theodor Hues is a popular address its like Regent Street in London as it is just a step away from iconic places like the Messe Berlin that hosts more than 100, 000 people annually (except in 2020) for the biggest tourism and travel event ITB.

For a steak lover like me myself personally Theodor Hues, is the address for the Block House which serves some of the best steaks and wine downtown Berlin.

Political wise however, Theodor Heuss is a totally different man as DW shows because on May 8, 1949, exactly four years after the end of World War II, representatives of Germans political parties gathered in the city of Bonn to enact a new constitution (Basic Law) for the emerging Federal Republic of Germany (FRG, West Germany).

Theodor Huess, leader of FDP or Free Democratic Party was in a reflective mood as he looked back on the end of the WWII: “The fundamental fact is that for each of us May 8, 1945 remains the most tragic and questionable paradox of history. Why? Because we were, at one and the same time, redeemed and annihilated.”

This speaks to how the allies came to occupy Germany after defeating Hitler.

In September 1949, Huess was elected as Germany’s first federal president. Three years later, his visit to the former Bergen-Belsen Concentration Camp was seen as a watershed moment.

“The Germans must never forget what was done by people of their nation during these shameful years,” said West Germany’s head of state as he contemplated Germany’s biggest crime — the Holocaust. Heuss added, “We knew of these things.”

Germany in the 21 Century

After overcoming the shame and despair of the holocaust, Germany now stands tall and proud globally but immensely humble as demonstrated under the dark cloud of the COVID-19 that has claimed 7, 275 lives in Germany alone and 266, 150 globally (May 7, 2020) according to worldometer that tracks the virus effects.

Germany and Chancellor Merkel have won plaudits for keeping the death rates and infections low after the epidemic blew out of Wuhan and caused unprecedented havoc since the Spanish Flu in 100 years.

Zambia will take years to recover from the adverse effects of the bug, but President Edgar Lungu and his team are on top of the issue.

Germany is now the richest country in Europe and home to the best of best in the automobile industry such as Daimler Mercedes Benz, AUDI, BMW and Volkswagen. German makes things that make the world go round.

What I am saying as a student of society is  that out of an adverse situation could be the building blocks of a better tomorrow for our children and our children’s children of, we learn from Germany.

In Zambia my beloved country, President H.E Edgar Lungu has already thrown the gauntlet at citizens across the great divide to take advantage of the shutdown to expand the agriculture sector and not just feed Zambia but its eight neighbours.

Zambia already has the growth ingredients: expansive arable land, youthful labour good climate and a young population. What could possibly go wrong out of the epidemic for Zambia? We can only rise.

President Lungu has already thrown into the arena some tax breaks and asked the CEEC to empower people to ensure that the damage the virus has caused is mitigated going forward.

Zambia could be a great winner after this especially of the agriculture challenge the President presented was taken seriously because we all need to feed, with or without the virus. Let’s learn from Germany that always rises above travesty.

Let’s make lemonade out of the COVID lemon and forget not God.

This in my view is what the paradox of 8th May means for a student of history.

Someone once said if we don’t learn from the mistakes of the past, we are bound to repeat them.

I have a deep inspirational belief based on President Lungu´s measures that we could come out of this much better than we came in.

Maybe Zambia could feed  AFRICA after this fiasco.

This essay was inspired by an article I read on DW while researching on COVID-19 as part of personal series.

Work is completed on the new German “Basic Law”. That body of law, with amendments, remains the German constitution. May 8, 1949