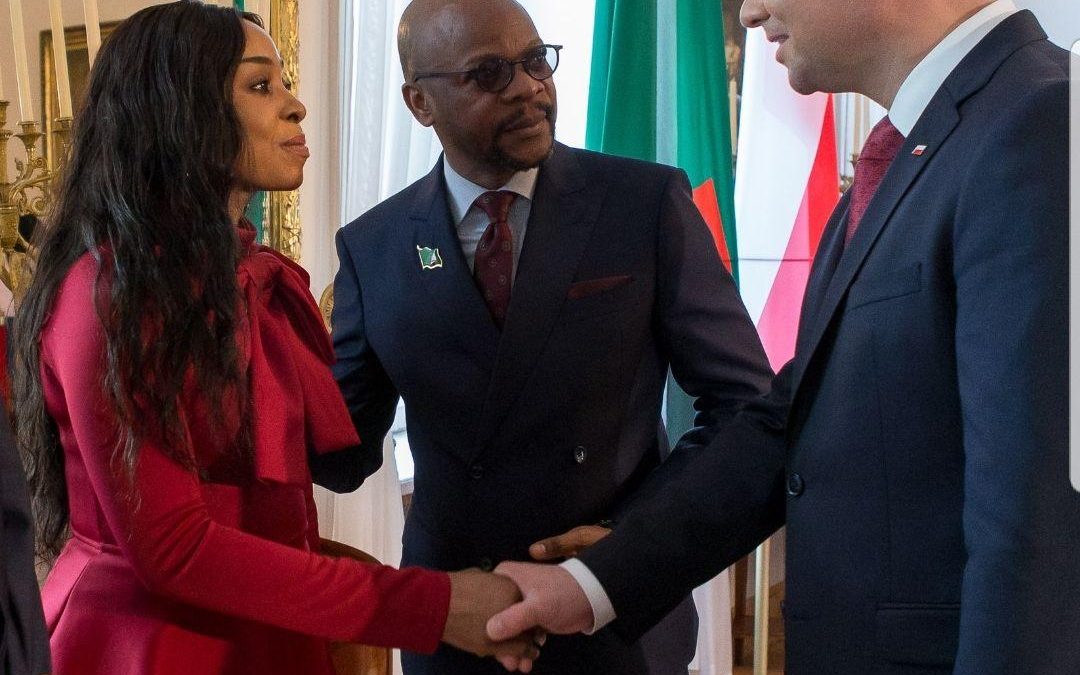 President of Poland Andrzej Duda says he would like to visit Zambia and strengthen ties between the two countries. President Duda said Zambia’s stable and peaceful credentials and the leadership provided by President Edgar Lungu makes the country an attractive nation to forge stronger relations with.

The Polish leader was speaking behind closed doors on the occasion of the presentation of credentials by Zambia’s ambassador to Germany Anthony Mukwita who is also accredited to Poland.

“I would be even more grateful and pleased if my visit coincided with a groundbreaking investment by Poland in Zambia”, the Polish leader said. On the African continent, President Duda has visited Ethiopia where URSUS, a Polish tractor manufacturing country has set up an assembly plant.

The same company is earmarked to open a similar plant in Lusaka. A foundation stone was laid down almost a year ago to signal the coming into Zambia of URSUS whose tractors are part of President Lungu’s desire to mechanize the agricultural sector, increase food security and create more jobs.

President Duda has asked ambassador Mukwita to liase with Chief of the Cabinet Krzysztof Szczerski and Under Secretary in the Ministry of Foreign Affairs Mr. Marek Magierowski to commence discussions on his possible diplomatic engagement with President Lungu.

To further cement ties between Poland and Zambia, the Polish leader has asked the Zambian government to consider opening an embassy in his country while Poland does the same in Lusaka. Aware that the move can have cost implications, President Duda noted that the opportunities that lie in increased economic cooperation between the two countries would be worth the move.

Currently, the two countries only have honorary consuls representing each other’s national interests. In his remarks, ambassador Mukwita said it was President Lungu’s desire to see an escalation in economic diplomacy between Poland and Zambia as evidenced by the presentation of credentials.

“President Lungu is determined to robustly and realistically reduce poverty and create jobs especially through diversified and tried methods such as agriculture expansion”, ambassador Mukwita said. The Zambian envoy said “perhaps this is why in his address to Parliament and in the 7th National Development Plan, President Lungu invited URSUS to come and open an assembly plant that should make agriculture affordable””.

Ambassador Mukwita told the Polish President that Zambia’s stable political and peaceful environment were ingredients were ingredients that made Foreign Direct Investment, FDI, safe in the country. Referring to the fact that the Polish leader has been to Ethiopia already, ambassador Mukwita said his visit to Zambia could raise the country’s economic diplomacy, as it will send positive signals to other European investors.