It’s all about visibility – Banda 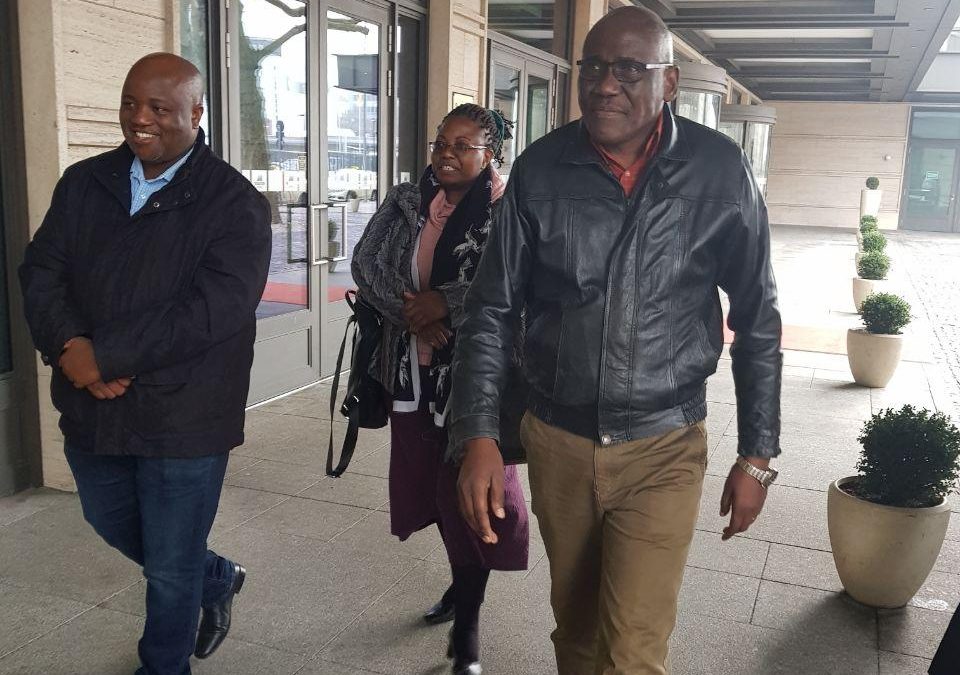 ITB is about visibility – Banda

Minister of Tourism and Arts Charles Banda says Zambia’s participation at the International Tourism Bourse, ITB, an international tour and travel show in Germany, is a realization of Zambia’s dream for visibility on the global stage.

The Honorable Minister, who arrived in Berlin Tuesday morning for the weeklong event says Zambia has so much to offer to the world but has not been aggressive enough to market its potential.

He says President Edgar Lungu has directed his Ministry that it should no longer be business as usual if tourism is to assume its rightful place regarding Zambia’s efforts to transform the economy.

“We are now applying the transformative agenda. And we thought through it and we thought we should not lose the opportunity to place Zambia where it is supposed to be. As a country we are diversifying our approach to our economic activities by reducing dependence on mining”, says the Minister.

The Minister noted with a sense of satisfaction and accomplishment that while the original agenda was to bring 25 exhibitors from the private sector, there were 40 applicants and 36 were picked in the end.

“This event has been oversubscribed an indication of the amount of interest it has generated. To those that haven’t made it this time, bear with us, there will be other opportunities”, the Minister assured.

The Berlin travel and tourism show that takes place between the 6th and the 11th of March 2018 has attracted exhibitors from 180 countries with daily visitors to the Messe Berlin, the venue of the event estimated around 100,000 on a daily basis.

Zambia is Convention and Culture Partner for the 2018 event, which means she gets the second largest spot for exhibition and media exposure during the event and over the next one year. During the event, Mr. Banda will address the official opening of the Convention Hall where discussions around global trends regarding travel and tourism take place, meet several Ministers and address the business community.

The Zambia dance troupe is attending and will be performing to showcase some of Zambia’s cultural heritage. Also on display will be Zambia’s foods that the rest of the world will get to know during a food-testing event.

On the sidelines, a Zambian expert will be making a presentation on Zambia’s cultural and natural tourism to an estimated 70 guests organized by the Berlin-based Institute for Cultural Diplomacy, ICD.