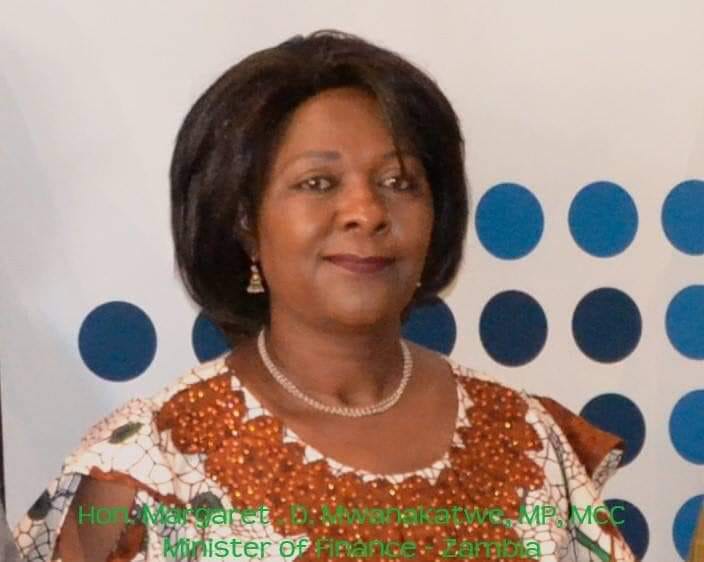 PRELIMINARY REVIEW OF THE ZAMBIAN ECONOMY IN 2018 & OUTLOOK FOR 2019

Economic performance in 2018 remained generally resilient. The performance was supported by relative macroeconomic stability as well as less volatile commodity prices particularly for copper. This notwithstanding, several downside risks to the economic performance encountered included: continued global trade tension; and, rise in global oil prices. On the domestic front, negative market sentiment related to fiscal challenges; upward adjusted debt; sluggish credit growth; depreciation of the Kwacha from the third quarter which triggered inflationary pressures; and, lower than anticipated agriculture output arising from the poor rainfall, impacted on the overall performance of the economy.

DEVELOPMENTS IN THE DOMESTIC ECONOMY IN 2018

Growth momentum remained positive in 2018 – Growth in 2018 showed positive momentum with quarterly GDP trending upwards. Preliminary growth estimates indicated a pick-up in the third quarter to 5.0 % from 3.9% and 2.7 % in second and first quarters (figure 1). The buoyant performance in mining, manufacturing and construction as well as stable supply of electricity aided the growth momentum in 2018. The annual growth is expected to remain robust around 4% albeit slower than year projection on account of poor performance of the agriculture sector as well as weak credit growth to the private sector and continued elevation in non-performing loans.

Copper output in 2018 continued to increase with a total of 696,526 Mt produced between January and October, compared with 654, 743 Mt in the same period in 2017. The fairly high global copper prices which averaged US$ 6,598 and demand provided impetus for copper production. It is projected that annual copper output for 2018 will increase to over 800,000 Mt. Stable electricity supply also supported industrial production. In the last ten months of 2018 electricity generation increased by 12.6 % to 13.29 million Mwh from 11.86 million Mwh.

Public debt adjusts upwards in 2018 on account of new disbursements – Public debt (domestic and external debt) trended upward in 2018. External debt stock as at close of the third quarter was US$ 9.51 billion from US$ 8.7 billion at end December 2017. The upward adjustment in debt was on account of new disbursements on previously contracted financing, particularly for infrastructure. Total guaranteed debt at end September 2018 was at US$1.2 billion. External Debt service between January and September amounted to US$545.02 million. Final figures for 2018 will be issued in the annual economic report.

Domestic debt stock which composed of mainly government securities also rose to K54.6 billion as at end September 2018 from K48.36 billion at the end December 2017. Despite sustained efforts to dismantle domestic arrears, the figures trended upwards in 2018 mainly due to VAT refunds; and, capital spending – particularly in the road sector. As a result, domestic arrears were K14.7 billion at end of June from K12.7 billion as at close of 2017. In terms of domestic debt service, a total of K5.1 billion was paid out between January and September 2018. Final figures for 2018 will be issued in the annual economic report.

Inflation sustained within target range – Inflation was relatively stable and within the target range of 6-8 percent for most of part of the year. A slight headwind of Inflationary pressure during the early part of the third quarter triggered by depreciation of the Kwacha against tradable currencies and the pass-through effect of the domestic fuel price adjustment impacted on inflation. The highest inflation of 8.3 % was recorded in October and 7.9 % in December, 2018. Despite the edging up of inflation, 2018 average rate was sustained in the target range.

The Kwacha was relatively weak but stable in 2018 – The exchange rate of the Kwacha against major tradable currencies was stable most part of the year. Among other factors, the Kwacha weakened in the final third of the second quarter on account of higher than projected external debt service payments. A stronger US Dollar following the hike of the United States of America Federal Reserve Fund Rate, coupled with adverse market sentiment, were the major drivers for depreciation of the Kwacha and deterioration of the Purchasing Manager’s Index which, therefore, also impacted on overall business conditions. The Kwacha traded at an average of K10.33 per US$ during the period January to November from an average of K9.49 per US$ over the same period in 2017.

Trade deficit in 2018 – During the period January to November, 2018, Trade deficit widened to K11, 256 million compared to K6, 329 million recorded in same period in 2017. This weighed on the current account deficit which also widened. In nominal terms total exports of goods, however, during the period January to November increased by 24.5 % while imports of good increased by 28.8 %.

Notwithstanding higher than programmed debt service payments, gross national reserves remained around 2 months of import cover at US$ 1.73 as at August,2018.

REFORMS AND LEGISLATION IN 2018

During the year, we continued to implement austerity, economic stabilisation, and growth reforms. Several public service performance enhancement legislation was also enacted during the year under review. Key among the amended and enacted legislation was the Public Finance Management Act 2018, the Supplementary Appropriation Act of 2018, Credit Reporting Act 2018, National Health Insurance Act 2018, and the Public Private Partnership Act 2018.

Consistent with the target of improving domestic revenue mobilisation through enhanced provision of land titles, the National Land Titling Centre has been established and is operational. The Zambia Credit Guarantee Scheme was also launched to facilitate affordable credit to SMEs.

Government also continued to roll out IFMIS [Integrated Financial Management Information System] and TSA [Treasury Single Account] of which 57 out of 62 MPSA’s [Ministries Provinces and Other Spending Agencies] have been put on the platform. This is critical for enhancement internal controls and facilitation of timely production of financial management reports for informed decision making.

In February, 2019, Zambia will be hosting the annual meeting of the East and Southern Africa Association of Accountants General [ESAAG]. As Government, we will take the opportunity to award certificates of recognition to Ministries, Provinces and Other Controlling Bodies that had no audit quarries in the current report of the Auditor General and those that have met non-tax revenue collection targets.

Most provisions in the Public Finance Management Act No. 1 of 2018 apply to both Central and Local Government Systems. To a great extent, the Public Finance Management Act No. 1 of 2018 will address the financial irregularities existent in local authorities. The wish of the Government is to see less and less public organisations both at central and local government level appearing in the Auditor General’s Report.

In addition, a code of corporate governance guidelines for the public sector is also being developed in order to effectively monitor performance of Boards of State Owned Enterprises and Statutory Corporations.

Budget execution in 2018 was broadly in line with annual target despite some fiscal challenges. Revenues and grants collections between January and November were above target by 4.2%. The performance was mainly driven by improved compliance in VAT and corporate tax especially from mining sector. Expenditure was also above target by 2% mainly due increase in interest payments on debt and spending on assets. Consequently, fiscal deficit out-turn for the year is expected to be around 7%.

Positive and sustained macroeconomic stability and growth prospects for 2019 – In 2019 macroeconomic stability is projected to be sustained, aided by continued implementation of reforms and policies to support delivery of fiscal consolidation for sustainable and inclusive growth. Inflation is projected to remain with the medium-term range of 6-8 percent, robust growth of at least 4 percent is projected driven by both public and private sector investments, enhanced domestic revenues collection through continued implementation revenue boosting measures among other.

Implementing reforms is challenging but the rewards are great. Unity of purpose makes it easier to achieve transformation and we in Government have led the way. Each key player must take the initiative to drive reforms at their level.

In order to sustain growth and create wealth, it is important that all stakeholders commit the legal reforms and the measures outlined in the economic stabilisation and growth programme.

Let me reiterate the commitment made by the President of the Republic of Zambia, Mr. Edgar Chagwa Lungu, to fellow citizens and to the international community that the austerity, fiscal consolidation, and economic stabilisation measures undertaken by the government are aimed at creating a strong foundation for improved economic management, sustained growth, and safeguarding the people’s welfare; through consistent and predictable public investments in education, health, social welfare and growth promoting programmes in accordance with the country’s aspirations outlined in the Seventh National Development Plan [7NDP].

As Government, we stand on firm grounds in our belief that Zambia’s prospects are bright. The country has sufficient talents to overcome the tide that is set against our economy, and together, we will achieve full stabilisation, strong growth, sustainable development goals and the Vision 2030.