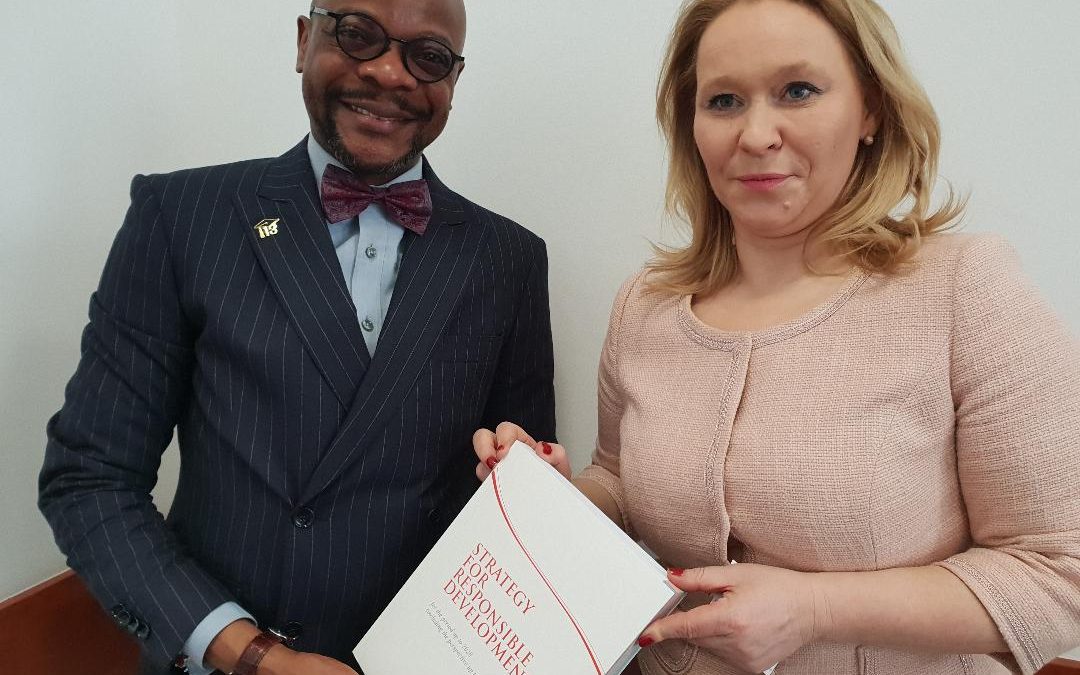 We are ready to deepen economic relations – Polish Minister

“These common interests must give us a reason to pursue and strengthen economic relations”, the Polish Minister told Zambia’s ambassador Germany Anthony Mukwita who is also accredited on a non-residential basis to Poland.

She was speaking in her office in the Polish capital Warsaw when Ambassador Mukwita paid her a courtesy call. The Minister used the occasion to present the Zambian envoy with a copy of the Polish government’s policy document entitled, “Strategy For Responsible Development: for the period up to 2020 including the perspective up to 2030”.

Among other topics, the strategy discusses re-industrialization, innovative business development and small and medium sized enterprises. Furthermore, the document addresses capital for growth and foreign expansion.

Ambassador Mukwita told the Polish Minister that President Edgar Lungu was desirous of strengthened economic and political ties between Zambia and Poland.

“Madam Minister, by giving me letters of credence that I have presented, President Lungu is signaling his desire to forge stronger relations”, Mr. Mukwita said. The Zambian envoy said Poland had shown remarkable development since the end of the Second World War, which devastated a significant portion of the country.

“Wherever one looks in your country, something is going on demonstrating the breath and pulse of the economy”, the ambassador told the Minister. Mr. Mukwita took the time to invite the Minister to visit Zambia as part of an effort to boost ties between the two countries, an invitation Ms. Mozdzanowska accepted.

Two years ago, Poland offered Zambia a line of credit to the tune of 100 million dollars, which the Polish government approved for the establishment of a tractor assembly plant in Zambia by URSUS, a Polish company that also manufactures electric buses. Polish government authorities told ambassador Mukwita that they were hoping for a speedy closure of the deal so that the two countries may move on and explore further areas of economic cooperation.