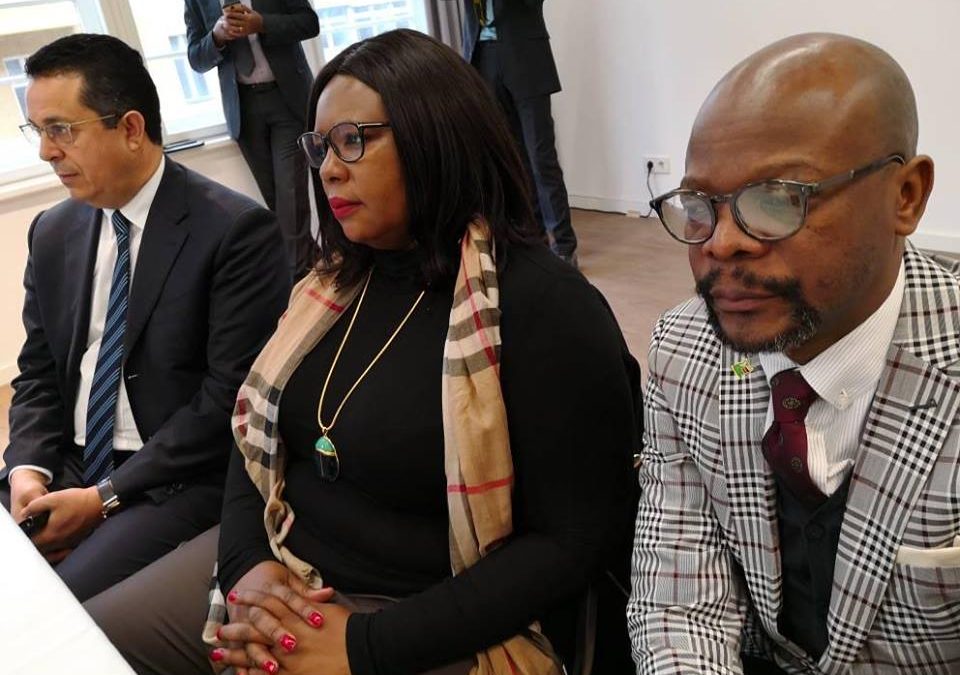 Young people are not attracted to agriculture because the sector is not “cool” says Arancha Gonzalez, Executive Director of the Geneva-based International Trade Center, ITC. Answering a question from the moderator on a panel discussion on the subject of sustainable supply chains in the food sector, Ms. Gonzalez said the low profit margins, among other factors, discouraged young people from going into agriculture.

“The media is not conveying the message that agriculture is the sector of the economy where you want to be. Instead the media says it is the digital economy where you want to be. Never mind that agriculture has a lot to do with the digital economy”, said Ms. Gonzalez while sitting on a panel that included Zambia’s Minister of Agriculture Dora Siliya in Berlin, Germany.

The ITC chief told a packed telekom2 conference hall that the world was facing an urgent problem due to the aging population of the major producers of food. She quoted statistics that indicate that small holders, the majority of whom are growing older, produce 70% of the global food and the younger generation does not want to go into the sector.

“And that is where value chains come in because they represent opportunities”, said Ms. Gonzalez. Zambia’s Dora Siliya noted the opportunities when she broke down the value chain and the various players at different points that included government, the farmer, agro processor, the financial sector, farmers’ unions and providers of Information and Communication Technologies (ICTs) that link all the players together.

As part of the value chain, Ms. Siliya said the Zambian government has taken steps to provide the basic infrastructure needed to attract even young people into the agriculture sector.

“You can’t tell young people that they move to rural areas and that we are going to give you five hectares or ten thousand hectares of land and there is no access road, no Internet, no banks, there is no power. So we decided that we needed to begin to develop mini agricultural towns where government provides basic infrastructure then we can attract investors that could result in the provision of forward and backward linkages”, said the agriculture Minister.

The five member-panel that included representatives from the private, academic and research sectors focused on sustainable value chains in the supply of food. They identified the significance of farmers’ unions and partnerships, how to respond to standardization and the role of regulation. They also discussed the role of international and regional bodies such as the UN system, the Southern Africa Development Community, SADC and the Common Market for Eastern and Southern Africa, COMESA.

The panel discussion was part of the activities organized by the Global Forum for Food and Agriculture, GFFA, under the auspices of the German Federal Ministry of Agriculture.

During the conference, Agriculture Minister Siliya sat on several panel discussions and participated in plenary meetings where she shared President Edgar Lungu’s vision for the country’s agricultural sector. In turn, several organizations have expressed interest in visiting Zambia soon and take advantage of the opportunities now opening up.

“The Minister has ably represented Zambia and I am profoundly proud of her”, said Zambia’s ambassador to Germany Anthony Mukwita.