Make the call, don’t wait for the call 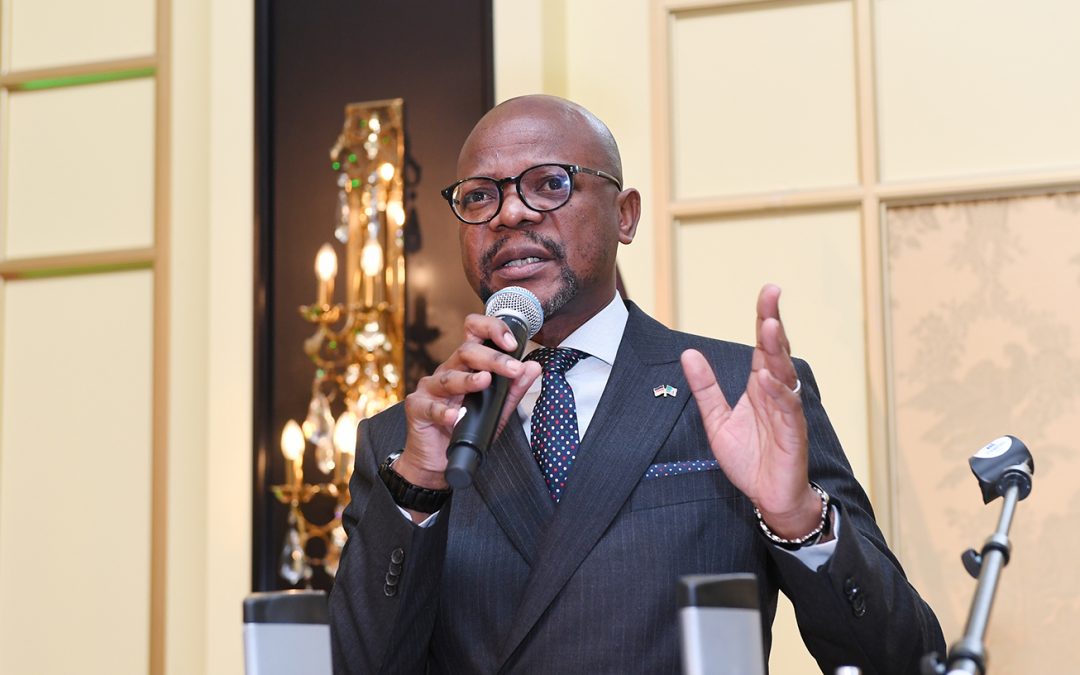 … will be our mantra says Ambassador Mukwita

Zambia’s Ambassador to Germany, His Excellency Mr. Anthony Mukwita says his mission welcomes the challenge thrown to diplomats not to always wait for Zambians in the diaspora to  call the embassy for services.

Ambassador Mukwita says he will personally make it part of his duties to schedule calls to different Zambians based in Germany and six other countries he is accredited to that include Poland, Hungary, Austria, Slovenia, the Slovak Republic and the Czech Republic.

“It helps to demystify diplomacy and project it as a public service for the wellbeing of every person despite their social status in life”, Ambassador Mukwita.

On Wednesday during a Diaspora Engagement Virtual Clinic with Zambia’s foreign missions based in Europe, Ministry of Foreign Affairs Permanent Secretary for International Relations and Cooperation, IRC, Ambassador Chalwe Lombe urged diplomats not to wait for Zambians in their areas of jurisdictions to call them but to be proactive and initiate calls.

“Make the call, don’t wait for the call”, Ambassador Lombe urged diplomats as he further explained, “just find out how they are doing; what the embassy can do for them if anything”.

Ambassador Mukwita says the challenge by the Permanent Secretary gives impetus to some of the initiatives by the Berlin Mission intended to deepen relations with Zambians as part of the implementation of the Diaspora Policy which was launched in April 2019.

Some of the activities include last year’s Town Hall meeting organized by the association of Zambians based in Germany and addressed by the Ambassador where a variety of issues related to the diaspora welfare were addressed.

Before the cancelled 2020 ITB (the annual global travel and tourism show that takes place in Berlin), the Zambian embassy held a meeting with the diaspora as part of efforts to engage those interested in tourism business to identify opportunities for their businesses.

During his visit to Austria to present credentials, Ambassador Mukwita also met Zambians based in that country and engaged them on a variety of issues. He has also done the same when he visited some German cities such as Stuttgart where he had dinner with Zambians based there.

At one time, the Zambian envoy traveled to Salzburg, Austria, to watch Patson Daka and Enoch Mwepu play for their team Redbull Salzburg as part of his efforts to provide the two prolific young players the support of their mother country.

In addition, Ambassador Mukwita has maintained an open-door policy for Zambians to pay a courtesy call on him which has seen a number of them involved in philanthropic activities back home visit his office.

This policy has been extended to attending private functions organized by the diaspora while the Ambassador’s spouse Mrs. Elaine Mukwita has hosted Zambian women based in Germany at the official residence.

“In view of the engagement activities we have been involved in, the challenge by the PS comes as icing on the cake”, Ambassador Mukwita says.