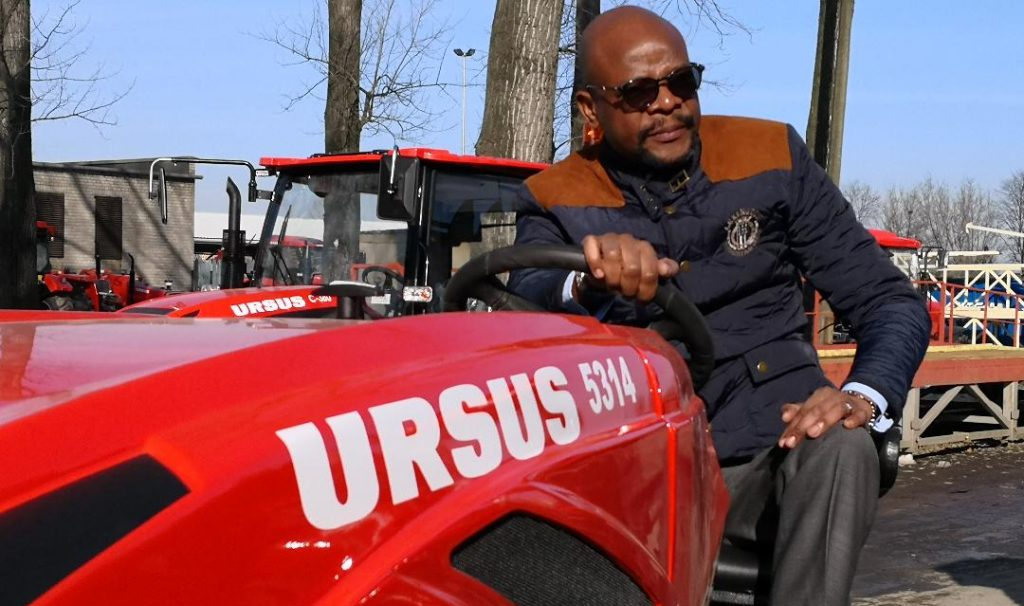 President Edgar Lungu is committed to transforming the agricultural sector to include mechanization and improve food production, food security and profitability says Zambia’s ambassador to Germany Anthony Mukwita. Speaking in Poland, where he is visiting URSUS, a company that intends to open a tractor assembly plant in Zambia, ambassador Mukwita says President Lungu has initiated measures that should transform traditional farming by introducing modern means of food production.

“I am a bearer of the message from President Lungu, and the message is that the Zambian leader is committed to ensuring that the tractor assembly plant is set up and begin the process of significantly transforming agriculture in the country”, Mr. Mukwita told URSUS president Karol Zarajczyk.

The Zambian envoy said he was aware that the contract was signed about a year ago and was in the country to underscore the commitment of the Zambian government to the initiative which, once implemented should see between 2000 and 3000 tractors assembled in Zambia.

In response, URSUS president Mr. Zarajczk said his company was equally committed to the initiative and in a hurry to move into Zambia and begin assembling tractors. He said the project was one of the biggest his company has had to commit itself to on the African continent.

“We will not only assemble tractors but other parts such as trailers and front-loaders as well in addition to setting up, in each of the ten provincial centers, facilities where after-sale services such as repairs and sale of spare parts will be provided”, said Mr. Zarajczk.

And URSUS vice president Monika Kosko expressed optimism that the few challenges that have so far delayed the implementation of the project will be resolved and her company will be moving into Zambia soon.

“We are certain that soon rather than later, the project is taking off in Zambia”, said Ms. Koska.

At the Lublin plant, located 160 km south east of capital Warsaw, URSUS manufactures tractors with horsepower ranging between 70 and 200. The tractors come with a cabin that provides air conditioning along with a music system adding comfort and pleasure to the farming activity.

Since the agreement was secured to have URSUS set up an assembly plant in Zambia, there have been discussions underway with the company as well as the Polish government, which is providing the line of credit to the tune of 100 million dollars for the factory to be set up in the country.

Ambassador Mukwita, who is also accredited to Poland, decided to visit URSUS to assure the company management that Zambia was still committed to the project

URSUS, a family business, has been in operation for about one hundred and twenty five years during which period, it has manufactured about two million tractors. With more than a thousand employees, URSUS also manufactures buses. In conformity with EU demands for clean energy, the company is manufacturing electric buses with zero emissions.