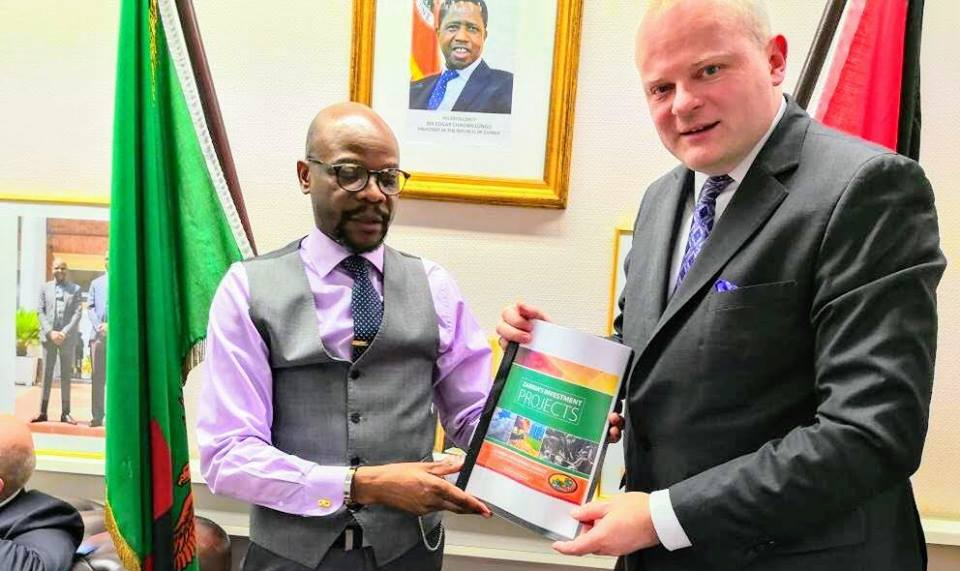 Dr Stefan Liebing, the Chairman of Afrika-Verein has stepped up calls for investment in Zambia given its stable environment during a call on Ambassador Anthony Mukwita’s Axel Springer office in Berlin said First Secretary-Press Mr. Kelys Kaunda.

“The influential businessman who chairs German’s largest consortium of business organisations that want to do business in Africa called on Ambassador Mukwita’s office to re affirm their desire to do business in Zambia,” Kaunda said.

Mr. Kaunda said the visit by the Hamburg based business executive was the second the business group was making on Ambassador Mukwita in a space of less than three weeks.

“We reckon this signifies the importance they attach to Zambia as an investment destination,” Kaunda said in a statement, “the first visit was that of the Director General Mr. Christoph Kannengisser just the other week.”

Dr Liebing who also chairs the influential Center of International Energy studies in Germany expressed gratitude to Ambassador Mukwita for presenting them yet another opportunity to renew their business relations with the embassy of Zambia in Stockholm.

During the high-level meeting, the top-ranking Zambian diplomat presented on request, a document entitled ZAMBIA’S INVESTMENT PROJECT prepared by the embassy to Dr. Liebing.

“This document contains areas that are ripe for investment in Zambia which you must share with your membership in Germany,” said Ambassador Mukwita to the Afrika-Verein Chair.

The areas of possible investment he presented include: construction, agriculture, energy, tourism and transport to mention but a few, including how Germany companies can enter Zambia.

“Our President HE Edgar Lungu is keen to see a reduction in poverty and rise in GDP via foreign direct investment,” said Ambassador Mukwita adding that, “our peace, stability and predictability including ease of doing business continues being a great ingredient of attracting business.”
Dr Liebing expressed confidence of stepping up business with Zambia.

Afrika-Verein or German-Africa Association of Business are the hosts of the global food indaba slated for Berlin that will be attended by Agriculture Minister Dora Siliya and her colleague the Minister of Fisheries and Livestock Michael Katambo this week.