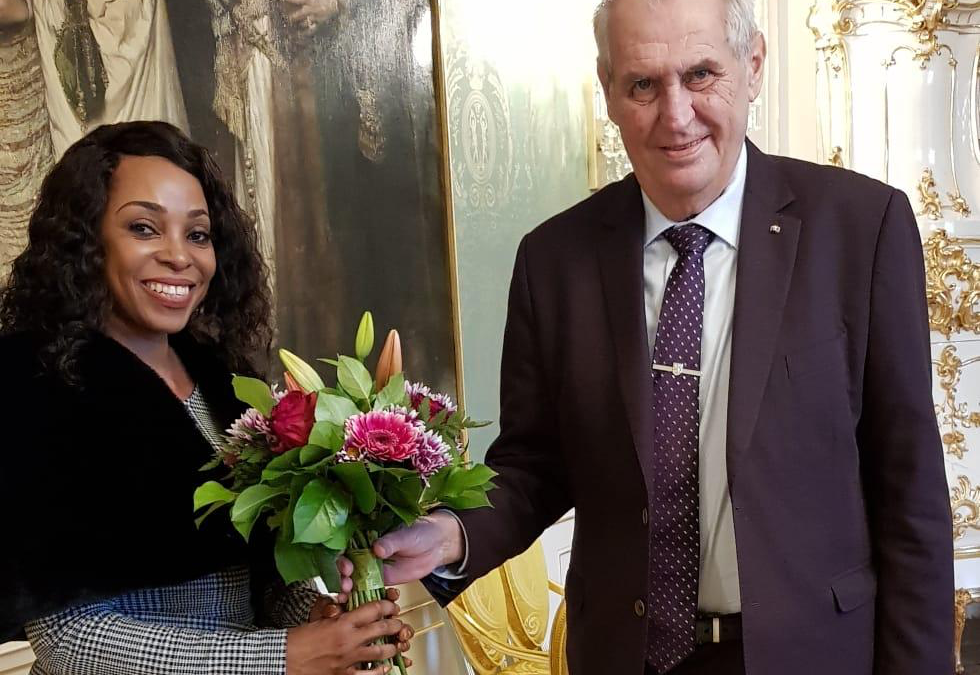 “We are happy to note the increase in education scholarships that have jumped from 5 to 15 but we want to do more. We also want to see more economic diplomacy and the signing of the memorandum of understanding on economic cooperation”, President Zeman said.

Mr. Zeman was speaking at the Presidential palace shortly after receiving credentials from Zambia’s Ambassador to Germany His Excellency Anthony Mukwita who is now accredited to the Czech Republic on a non-residential basis.

In his remarks, Ambassador Mukwita, on behalf of President Edgar Lungu conveyed congratulations to President Zeman on his re-election, a mark of the confidence the people of the Czech Republic have in him.

“I must also convey to you Mr. President the desire of your counterpart, President Lungu to host you in Lusaka”, Ambassador Mukwita said. The Zambian envoy said some of his immediate responsibilities include the facilitation of the visit of the Czech Foreign Minister to Zambia along with the signing of an MOU on economic cooperation.

In a gesture that brightened up the ceremony, President Zeman put a smile on Mrs. Mukwita, who had accompanied her husband, when the Czech leader presented her with fresh flowers.

Zambia is among the only six countries on the African continent in which the Czech Republic maintains an embassy, which was moved from Harare to Lusaka. Zambia is considered a priority country in the official development assistance of the Czech Republic hence its desire to deepen cooperation across a variety of sectors.

Since independence in 1964, Zambia has had diplomatic relations with the former Czechoslovakia which later split into two nations now known as the Czech Republic and the Slovak Republic. During that time, economic cooperation covered infrastructure investment, agriculture and education scholarships that saw Zambian students come to Prague for studies.