Our relations with China are mutual – Mukwita 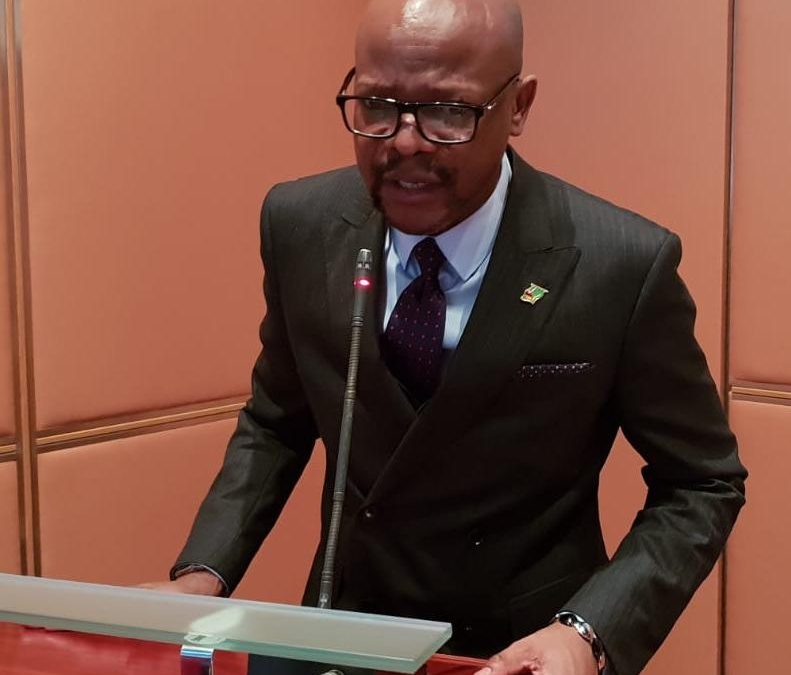 ……every country we have diplomatic relations with is unique in themselves

Zambia’s Ambassador to Germany His Excellency Anthony Mukwita has defended Zambia’s relations with China describing them as mutually beneficial. Ambassador Mukwita dismissed as cynical and devoid of substance suggestions that China has bought some parts of Africa, Zambia included.

The Zambian envoy made the remarks in the Slovenian capital of Ljubljana to an audience of about 30 representatives of business and industry who had gathered for business presentations organized under the auspices of the Slovenian Chamber of Commerce and Industry.

“Our total external debt is about US9.37 billion below 50 percent of our GDP and of this debt about 2 billion is owed to China. The rest is debt from the west contrary to suggestions made over and over again that our debt to China is the largest”, Ambassador Mukwita explained in comments he made in response to suggestions made by some participants that China was taking over African countries with debt.

The Zambian envoy traced the history of Zambia’s relations with China back to the days of liberation wars on the African continent especially in southern Africa. He reminded the audience that Zambia’s route to the sea through South Africa was blocked following the country’s support for UN sanctions against the Ian Smith-led White Minority rule in neighboring Southern Rhodesia now Zimbabwe and then apartheid South Africa.

“We frantically searched for alternative routes to the sea because we needed to continue exporting and importing”, Ambassador Mukwita said.

The government of Kenneth Kaunda, President of Zambia at the time, sought assistance from the west including the World Bank for the construction of a rail line. Feasibility studies were commissioned but the west was unwilling to fund the project. In the meantime, Zambia imported her goods and exported her copper through Tanzania on a dusty road known at the time as hell-run while in some cases imports were airlifted – a huge cost to the country. Then President Kaunda in consultation with his Tanzanian counterpart Julius Nyerere turned to China.

The Chinese wasted no time in responding positively and urgently to the need providing financing and workers to build the rail line in record time defying media reports in the west that highlighted doubts and questions on the technical ability of the Chinese to undertake such an engineering feat.

The project cost over 400 million dollars at the time, an interest free loan that could be repaid up to 2013. Construction on the 1860km rail line took place between 1970 and 1975.

“And when we needed money to build an international airport to replace the current one we have been using since we got independence, the Chinese responded positively,” Ambassador Mukwita said adding, “The history of our relations have been mutually beneficial and we shall endeavor to correct those seeking to purposely paint a different picture for reasons only known to themselves”.