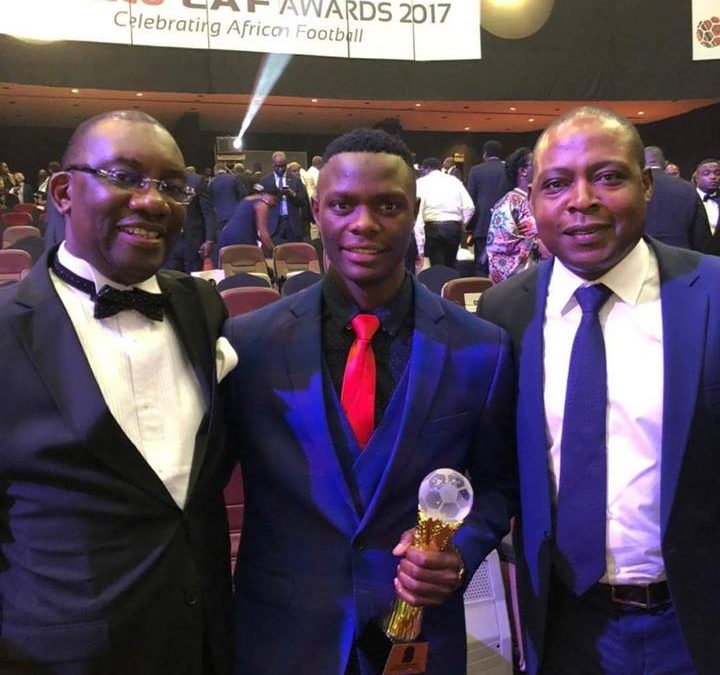 January 6, 2018
Berlin
The recognition of Patson Daka as the 2017 Confederation of Africa, CAF’s Young Player of the year has thrust sport’s diplomacy to the frontiers of international engagement says Zambia’s ambassador to Germany Anthony Mukwita.

Ambassador Mukwita, who is also accredited to Austria where Patson Daka plays professional football, says the German embassy is proud of the young player’s achievement whose sportsmanship has helped keep the Zambian flag flying high in Austria.

“We have no doubt as an embassy that Daka’s achievement as a hardworking and disciplined player is the perfect introduction we need as we begin to engage the different sectors of the Austrian economy for the benefit of Zambia”, says the Zambian envoy.

The ambassador says Austria has a lot to offer that the embassy is poised to tap into that could benefit Zambia’s current development efforts. Mr. Mukwita says the diverse nature of the Austrian economy means that Zambia’s efforts at diversification stand to benefit greatly.

‘This is a new frontier for us that stand to benefit greatly from those Zambians with good names in Austria”, ambassador Mukwita says adding, “remember how Kalusha Bwalya’s name helped introduce Zambia to people that never knew anything about the country?”

The senior diplomat says a good number of Zambians traveling to different parts of the world have testified to how often those they come across quickly ask about two prominent Zambians they associate the country with. “They ask about Dr. Kenneth Kaunda because of his contributions to the liberation struggle and Kalusha Bwalya because of his record on and off the pitch which to this day remains unrivaled in the country’s soccer history”, says ambassador Mukwita.

Mr. Mukwita says he will use sport’s diplomacy to unlock opportunities that could add value to efforts back home aimed at developing various sports’ disciplines. “In this effort, I invite the young man Patson Daka to feel free to visit the embassy in Berlin and share any ideas he might have regarding the use of sports to advance the wellbeing of his country,” says the ambassador.