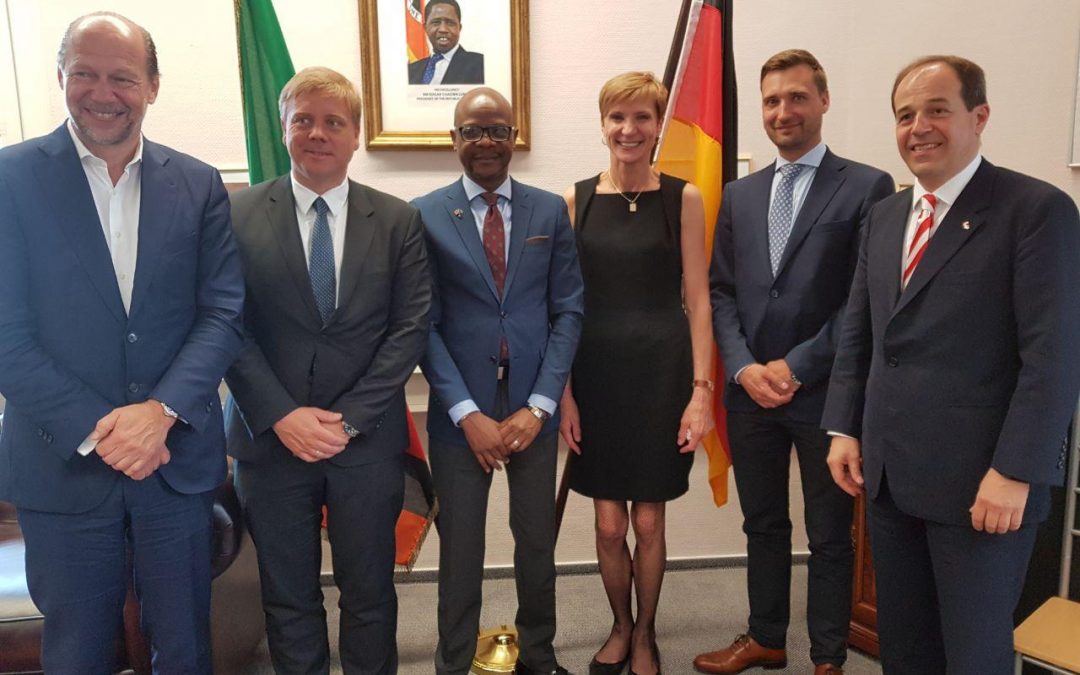 …… Some of them working on million euro projects for Zambia

Honorary Consuls have pledged their continued support for President Edgar Lungu’s economic diplomacy by bringing investment to Zambia and contribute to job creation. They made the pledge this past week when they met Zambia’s ambassador to Germany Anthony Mukwita who works with close to ten honorary consuls based in each of the six countries of extra accreditation and more than three based in the different regions of the Federal Republic of Germany.

Some of the honorary consuls own multimillion-dollar companies while others have served in their respective governments at various levels including the ministerial level. The honorary consuls, who were formally meeting the ambassador for the first time, undertook to continue their contribution to Zambia’s ongoing efforts aimed at job creation and poverty reduction.

They called on the Zambian government to find a way of speedily processing investment proposals they generate to inspire both confidence and pave way for more investment opportunities. One of the proposals nearing completion is the Polish tractor assembly plant by URSUS, which has been in the works for close to two years.

The Polish Consul told ambassador Mukwita that the conclusion of the URSUS investment is expected to open further investment doors for Zambia into the Polish market, which boasts among things of some of the lowest interest rates on development loans in the world.

Ambassador Mukwita heard several investment projects, programs and development agreements under discussion in various capitals of the six countries of extra accreditation and regions in Germany that together have the potential to transform the Zambian economy in a significant way.

The countries of extra accreditation include Austria, Poland, The Czech Republic, Hungary, Slovenia and Slovak that together with Germany have a combined GDP of over 4trillion dollars according to the 2016 statistics. The economies of these countries include natural resources as well as well as technology and service industries.

Ambassador Mukwita told the honorary consuls that President Lungu’s economic diplomacy was expected to come true in an unprecedented fashion given the economic opportunities available in the region he is accredited to. “I look forward to exploring these opportunities with you and relying on your knowledge of the region and business acumen to realize President Lungu’s dream of a prosperous Zambia”, said the Zambian envoy.