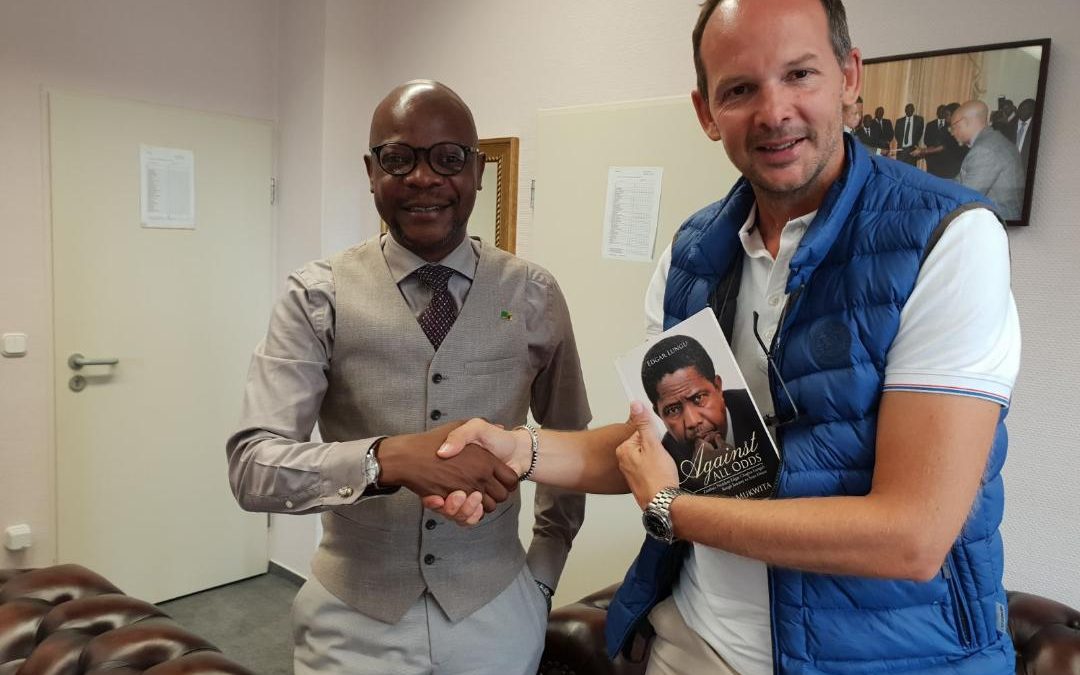 One of the oldest and popular German television series “The Dreamboat and The Dreamboat Honeymoon” that focus on tourism sites and sounds is expected to film its next episode in Zambia.

Line Producer Manuel Schroeder told ambassador to Germany Anthony Mukwita that the decision was arrived at because of the landscapes and waterfalls of Zambia.

“I have visited Zambia twice and was struck by the beauty of the landscapes and the powerful flow of the Zambezi River”, said Mr. Schroeder in ambassador Mukwita’s office on Axel Springer Street in Berlin.

“This is meant for family viewing that is why there is no sex, no politics but places that are rarely seen by most tourists”, Mr. Schroeder explained.

In his response, Ambassador Mukwita said Zambia had some of the best sites and sounds in the world that would provide more than enough material for a program such as The Dreamboat.

“We have some of the most remarkable landscapes in the world complemented by a history of peace that has never been interrupted since Zambia became an independent nation 54 years ago”, Ambassador Mukwita said.

The Zambian envoy said the television episode sits well with the embassy’s desire to raise the country’s visibility among the German population whose knowledge of Zambia as a tourist destination is still sketchy.

The film crew and actors arrive on the 22nd and begin their shooting on the 27th of November lasting through the 11th of December when they are expected to return to Germany.

The 90minute-long episode all focused on Zambia is expected to air either Boxing Day December 26, the first of January or during Easter holidays when most people are expected to sit relaxed and watch the program.

It is estimated that about 10million Germans watch the program first time it airs on the State-run ZDF television in addition to several other European countries. The episodes are normally repeated a couple of times. Dreamboat has been showing since 1937 focusing on different potential holiday destinations around the world.

Under President Edgar Lungu, the tourism sector has been identified as one of the major growth points of the Zambian economy. Consequently, a number of initiatives are underway to raise the visibility of the country that included Zambia’s participation as Cultural and Convention Partner at the March 2018 international tourism showpiece in Berlin, Germany.