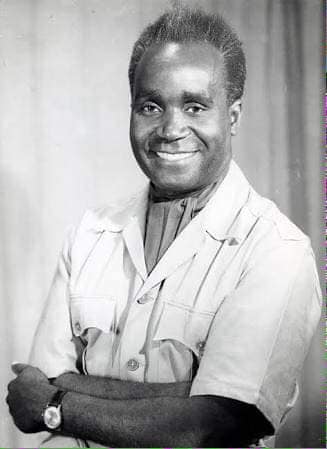 When Zambia obtained independence in October 1964, neighbours such as Southern Rhodesia and SWAPO were still under the colonial yoke.

Others in the region remained locked in one form of armed conflict or another such as the DRC up north and Angola and Mozambique in the north west of Zambia.

This meant that Zambia was ‘realistically’ not free especially given its unique geographical location.

It constantly had to grapple with the challenges of hosting refugees from conflict ridden neighbours or host peace talks.
Zambia is surrounded by eight countries and has no direct access to the sea.

I wasn’t there at independence, having been born in the 70s but I have read a great deal of Zambia’s independence history written in blood and sweat which rings truer now more than ever under a COVID-19 lockdown as Zambia’s most famous son and or father celebrates his 96th birthday on 28th April 2020.

For the first time in more than 90 years, Dr Kaunda who was the President of Zambia for 27 years will be celebrating his birthday alone with maybe one or two family members due to the COVID-19 epidemic that has spared no one in its wrath path.

The spin I have decided to take regarding the former Presidents birthday as many rightfully honour the Father of the nation is the pivotal role, he played in helping the sub region shake off the shackles of colonialism.

Freedom to me is cardinal especially that its God given and also enshrined in our Bill of Rights.

It is almost impossible for a country to develop without freedom hence the stench of colonialism still hangs in the air like a bad habit in many African nations.

*How did KK use Zambia’s freedom?*

When Alexander the Great looked down at the Kingdoms he had conquered, it is said that he wept because there were no more Kingdoms to conquer.

It was his mantra that there would be no real freedom in Zambia if her neighbours were not free as an early day Pan Africanist along with others such as Dr Kwame Nkrumah of Ghana.

Dr Kaunda by the way was not alone in the struggle for independence; among others were people like Sikota Wina and brother Arthur, Harry Mwaanga Nkumbula, Mainza Chona and Simon Mwansa Kapwepwe to mention but a few.

He decided that Zambia needed to help her neighbours attain freedom for Zambia to fully enjoy her freedom and attain regional prosperity.

Zambia was in the middle of politically sizzling hot spots that were always tinkering at the brink of war or were already in war mode.
The adage when elephants fight the grass suffers could have never been more apt.

With his colleagues in the ruling party UNIP, freedom fighters, or rebels as they were known by colonialist, from neighbouring countries were allowed to set base or headquarters in Zambia by Dr Kaunda’s government.

This made Zambia an easy target of anti-independence white led forces and sympathisers of apartheid who dropped a myriad blitzkriegs several times on both human and infrastructure targets in Zambia.

Perhaps the worst was the 1979 Chikumbi massacre that claimed some 22 lives of both Zambian and southern Rhodesians that was orchestrated by white forces under the command of the ‘puppet leadership’ of Bishop Abel Muzorewa who wanted to kill ‘guerrilla’ leaders Robert Mugabe and his partner Joshua Nkhomo who lived in Zambia and fought the good fight on Zambian soil.

Dr Kaunda was constantly asked to expel the freedom fighters and save his own skin and wealth, but he refused each and every offer and threat with contempt.

For this Zambia had to pay a heavy price in money and blood with KK refusing to relent. Billions are said to have been lost in stagnated GDP growth for Zambia as a consequence of hosting freedom fighters.

The wrath of white led South Africa and southern Rhodesia was swift and brutal coming at a huge economic cost to newly independent Zambia.

Because of its overt support for freedom fighter’s the white supremacists in Zimbabwe and apartheid regime in South Africa cut Zambia’s economic lifeline.

Being landlocked and depending on the link via railway into southern Rhodesia for exporting all the way to Beira, Zambia’s economy was thrown into total jeopardy(Ball, 2015) when sanctions were slapped.

Zambia depended on copper exports for 80 percent of its foreign currency receipts via southern Rhodesia to the seaport at Beira in Mozambique.

The sanctions meant newly independent Zambia would be crippled economically and the consequences would be dire, so it had to find a new route to transport its cash commodity, copper.

Dr Kaunda’s government engaged the World Bank to fund a railway alternative link away from Southern Rhodesia to one that would run through Tanzania on its eastern border, but the World Bank and other western donors refused to fund the railway project saying it lacked an iota of economic viability (The Atlantic, 2010).

Undeterred, Zambia´s President Dr Kaunda in 1967 flew to China on a high-level trip scheduled for Peking, now Beijing, to discuss funding for the crucial railway link and avert the apartheid death sanction trap for Zambia.

After examining the proposal from a persuasive Kaunda, China agreed to finance the 1,860 km railway line between Zambia and Tanzania at a cost of US$500 million of Chinese ´no strings attached´ money (Ball, 2015), interest free.

Even back in the day, the West saw China’s stepping in for Zambia and Tanzania as a way of China attempting to increasing its footprint on the continent according to Ball (2015). They were deeply suspicious and again this through a harsh international glare on Dr Kaunda.

Many in the West asked, “who is this African with Chutzpah shaking up things from Zambezi?”

“Never before had a project been so highly politicised,” wrote Ball in a 2015 essay for the Heritage Portal, regarding the Tanzania Zambia Railway that officially got to be known as TAZARA.
It was an economic lifeline between Zambia, DRC, Tanzania and Malawi that also rely on it to transport goods and services.

The goods are later loaded onto or off ships from the Dar es Salaam port in Tanzania.

About 50, 000 Chinese and some thousands of Zambian and Tanzanian workers laboured on the line from 1970 to July 1976 when the project was successfully completed by China ahead of schedule.

The railway line gave Zambia an economic lifeline and effectively halted Zambia’s dependence on apartheid South Africa and white controlled Southern Rhodesia, a major coup for the fight for independence struggle and Kaunda’s name was written all over it (China Daily, 2019).

China also extended a generous thirty-year repayment period for the US$500 million project interest free, something the World Bank and other western financiers had not even contemplated according to studies.

A myriad of experts believe that the Tazara project was the beginning of the ´love affair´ between Zambia, China and the whole of Africa.

China is remembered fondly for batting in for Zambia when others looked away. Dr Kaunda’s name is written all over the railway track.
To this day the railway line whose construction completed more than 40 years ago is still transporting copper and other goods including providing employment for many Zambians and Tanzanians.

China enjoys one of the longest relationships with Zambia that started on 29th October 1964 just five days after Zambia gained independence from Britain.

If the above section appears lengthy, it is because it is deliberately set to show the role Dr Kaunda played for the benefit of Zambia as post-independence Zambia.

It is important to record this fact as the ‘Old Man’ celebrates his golden 96 years of an illustrious political and private life.

Remember President Edgar Lungu once said at a KK book launch in 2015 at Pamodzi Hotel, ‘celebrate people while they are alive, don’t wat for them to die before you can recognise them.’

President Lungu in paying tribute to Kaunda added reflectively that ‘Zambia must endeavour to create and record more heroes in various fields.’

The President used the Kaunda and Kalusha analogue as a clarion call for Zambians to grow and celebrate their heroes for inspiration and especially do so in their lifetime.

Dr Kaunda is celebrated and despised for many things locally and abroad but for his 96th birthday, I thought of singling out the railway project.

When the history of Zambia is finally written, the name Kaunda shall be all over the map alongside those he helped such as:
Nelson Mandela, Robert Mugabe, Samora Machel, Sam Nujoma and many more.

It probably explains why the political heavy weights here above always made their first stop in Lusaka when they either got independence or got out of political detention.

In 1994, apartheid ended in South Africa while earlier in 1980, Zimbabwe got independence followed by Namibia in 1990 and peace returned to Angola and Mozambique.

At 96, the last of the post-independence Pan African Zambian leader is naturally weaker and slower but during his hey days, he took no hostages in order to do the right thing for his country and his neighbours.

At the time of quietly KK celebrating his 96th, the world was mourning the loss of some 207, 000 people that had perished from the COVID-19 in under 90 days.

Germany had 5, 976 deaths on 27th April 2020 while Zambia had three and was escalating the testing and treatment as scientists sought a vaccine via a strong push by the Lungu administration.

When Kaunda became the leader of Zambia in 1964, the population of the southern African country was only 3.4 million. Today it stands at 17 million plus according to the statistics agency of Zambia.

With a landmass of about 750,000 square kilometres, Zambia, one of the most stable countries in Africa is twice bigger than Germany.

Kaunda, however, remains the still point to Zambia´s turning universe.

Mr ANTHONY MUKWITA is a published author, former Editor and current Ambassador to the Federal Republic of Germany for Zambia. He penned the book ´Against all Odds, President Edgar Chagwa Lungu´s Rough Journey to State House’. This personal essay was first published on his Facebook page.
http://www.againstallodds-byanthonymukwita.com/
©Anthony Mukwita 2020