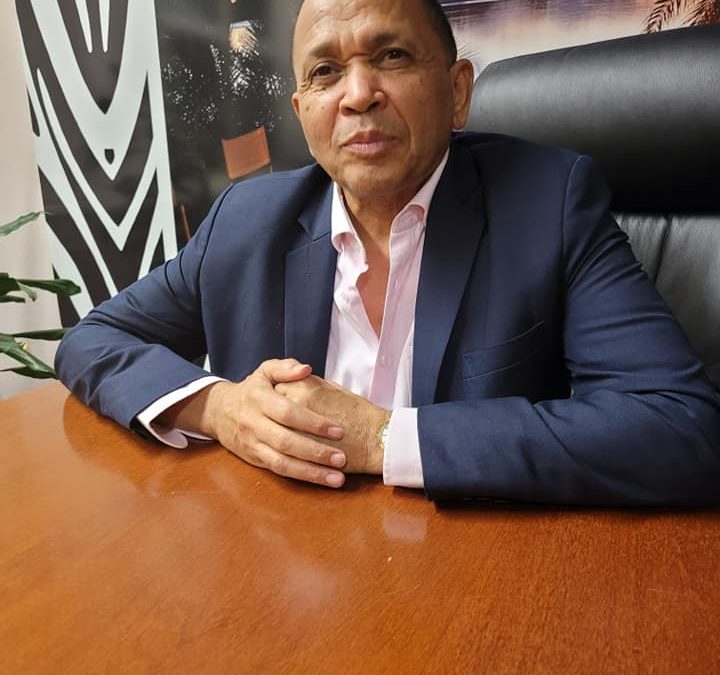 The Ambassador of Namibia to Germany H.E Andreas Guibeb has called for strengthening of regional groupings in Africa such as SADC because they have the ability to collectively develop the African continent and make it a bigger player in the global economics and politics.

“There is saying that you can go far alone but you can indeed go further in unity hence the reason the importance of regional groups such as our SADC which we must continue to strengthen,” said Ambassador Guibeb.

The senior Namibian envoy was speaking at a small farewell event that was hosted by the Ambassador of Zambia to Germany H.E Anthony Mukwita on Axel Springer Strasse on Wednesday.

“There is no problem too big or too small for Africa to resolve as long as we put our heads together in unity to find a lasting solution,” Ambassador Guibeb said.

The SADC group of Ambassadors is regarded to be one of the most organized diplomatic groups in Berlin with its own monthly meetings and events to push the economic diplomacy agenda of the member states.

It also uses the platform to champion other causes of concern for the region such as energy or agriculture development or mere solidarity when it feels that a member state has been wronged, with the mandate from home countries.

With a total population of about 400 million people and an almost 1 trillion-dollar GDP, the group that comprises, Angola, Botswana, Zambia, South Africa, Tanzania, Mozambique, Madagascar, Mauritius, Swaziland, Lesotho, Zimbabwe and the Democratic Republic of Congo is widely seen as an economically progressive regional grouping.

Despite having a southern regional agenda, the group in Berlin has often included other African countries on the continent. For instance, Nigeria, the continent’s largest economic powerhouse was represented at the event by Ambassador Yusuf Tuggar.

Another Ambassador the group was bidding farewell to was H.E Calvin Masenyetse from the Kingdom of Lesotho who hailed his stay in Germany and interaction with colleagues as a milestone in his diplomatic career.

“Balozi’s (Ambassadors) I can safely say this is one of the best moments I have enjoyed in my career as a public servant and like they say in diplomacy we part to meet yet again in another capacity,” said Ambassador Masenyetse.

Ambassador Mukwita said quoting Shakespeare that, “to part is such sweet sorrow but we can only work here for as long as our leadership allows until we meet again. The great thing is expanding our horizons and make good friends while on duty abroad.”

The small group was, however, cognizant of the threat the outbreak of the coronavirus pandemic has caused to SADC economies and beyond even in the tranquil of the small circle.

Ambassador Tuggar of Nigeria said, “diplomacy was rendered void without personal contact among human beings which is essential to the exchange of views-points.”

“In an era of post-truths, social media and now COVID-19, the opportunity to clarify issues and exchange information in real time which is the essence of democracy is threatened when diplomats are unable to meet”, Ambassador Tuggar observed.

The SADC region is largely seen as an economic destination due to its vast natural resources, young population and political stability.

The envoys in Berlin continue to interact mostly remotely due to a lock down as a consequence of spiking new infections of covid-19 that has claimed millions of lives globally.