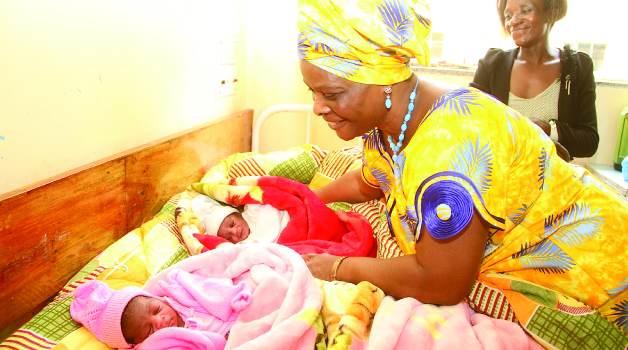 Zambia’s Ambassador to Germany H.E Anthony Mukwita says the First Lady needs all the support she can get from ‘good Samaritans’ in order to help as many vulnerable people in rural areas as possible.

“Those that have plenty must come to the aid of First Lady Esther Lungu as she does her charity work that is benefitting the most vulnerable and desperate people in rural Zambia,” said Ambassador Mukwita.

This was after the senior diplomat dispatched a 40-foot container for the Esther Lungu Foundation Trust organized in collaboration with businessman and honorary counsul Heinz Messinger of Austria by the embassy of Zambia in Berlin.

Ambassador Mukwita commended Mr Messinger for responding to the ‘SOS” and hoped other honorary counsuls and business people in six other countries of his representation could make similar donations.

“The First lady like we always state would have chosen to sit back and enjoy the trappings of State House but instead she stretches herself thin to help donate a wheel chair where there was none or a bed etc.,” said Ambassador Mukwita.

This is the second time the embassy of Zambia is collaborating with the First Lady: the first time being earlier in the year through a donation of 250kgs of medical equipment for Nangoma Hospital in Mumbwa which her charity transported to the mission facility.

Ambassador Mukwita said he is already reaching out to organizations in Poland and Hungary including federal states in Germany for further help for the work of the First Lady Lungu.

He said the Berlin mission takes pride in being associated with the First Lady’s good Samaritan work that is now gaining traction.

The equipment left Vienna on a ship to Zambia on 21st June and is expected to be delivered to the Esther Lungu Foundation by 5th August via the Dar es Salaam port.

The First Lady told Ambassador Mukwita she would continue working for the poor and welcomes every well-intentioned donation she can get to help change the lives of as many vulnerable people as possible.

“we want to reach as many people as possible,” said Mrs. Lungu.