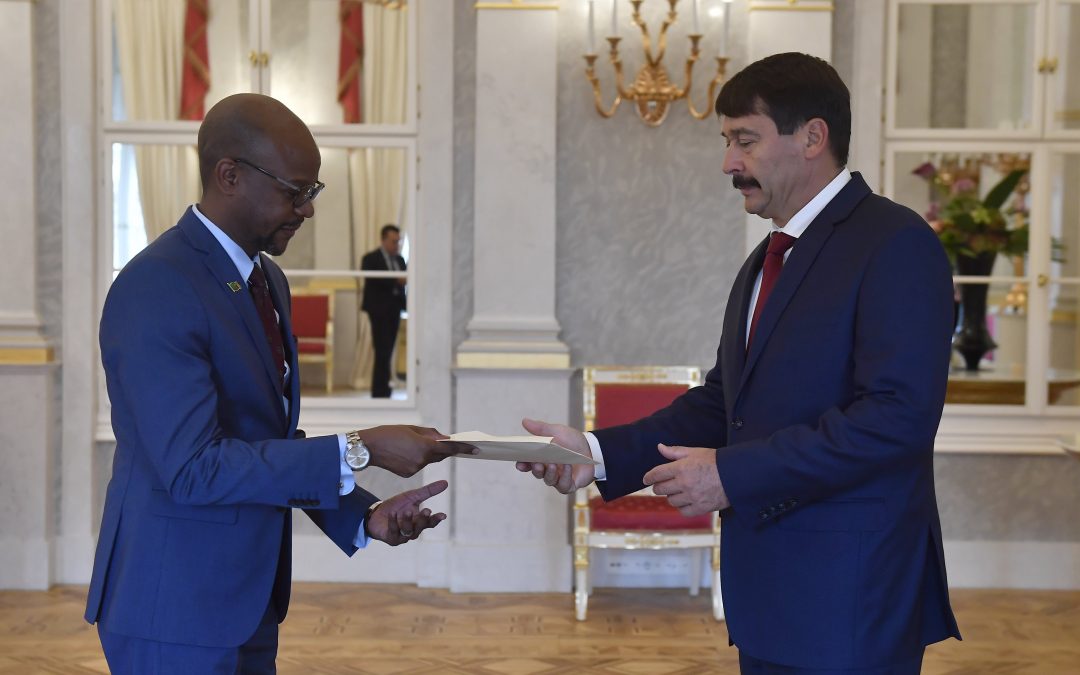 …..in 2015 Hungary offered Zambia scholarships yet to be taken up

The President of Hungary H.E Janos Ader has urged Zambia to take up the scholarships offered by his country in 2015. President Ader told Zambia’s Ambassador to Germany and Hungary H.E Anthony Mukwita that if Zambia does not take up the slots offered, other countries will fill them up.

“Hungary has set aside scholarship slots at its universities for African countries part of which have been offered to your country. These slots are in high demand. Take up the slots you have been allocated before others take them up”, President Ader urged Ambassador Mukwita.

President Ader was speaking behind closed doors shortly after receiving credentials from the Zambian envoy who is based in the German capital, Berlin. Ambassador Mukwita told President Ader that Zambia was ready to take up the slots offered to her in 2015 and hoped the numbers could be increased so that more Zambian students could benefit and further boost education diplomacy.

“For President Edgar Lungu, educating a Zambian student is uplifting a whole family out of poverty; educating 100 students is uplifiting a hundred Zambian families out of poverty”, Ambassador Mukwita said.

The Zambian envoy vowed to pursue the scholarship offer immediately as he targets 2019 to see the first group of Zambian students arriving at universities in Hungary.

“For the Zambian government under President Lungu this is the whole essence of diplomacy: empowering the youth today as a way of preparing them for the challenges of tomorrow”, Ambassador Mukwita said.

Called *Stipendium Hungaricum Scholarship* the facility continues to expand each year as thousands of applicants from around the world take up the offers to study different disciplines in Hungary.

Hungary attracts foreign students for various reasons that include the high quality of education whose qualifications are globally recognized and a competitive cost of living in addition to security and effective social services such as public transportation.

On average, Hungary receives around 2 million tourists drawn to the country by a rich history spanning more than a thousand years. The iconic Danube River that flows across the capital Budapest has added to the beauty of the city that remains distinctly natural with its forests and hills sitting side by side with modern architecture.

CAPTION President Janos Ader receives credentials signed by President Edgar Lungu from Ambassador Anthony Mukwita in the Red Room of the Presidential Palace in Budapest on 03.10.18.