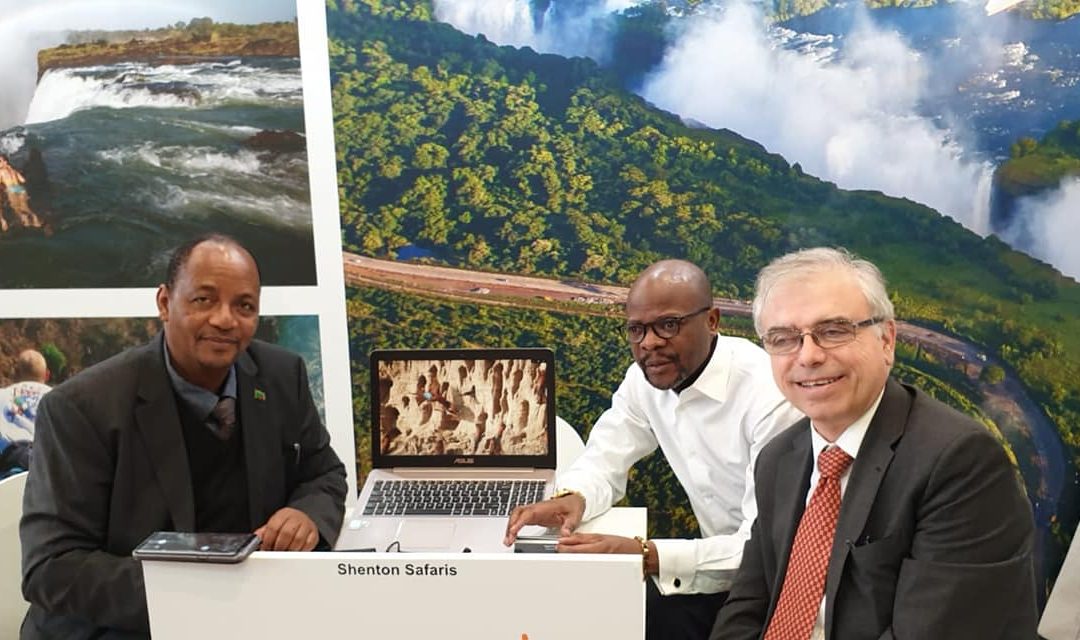 … ‘without you, ITB would not be a success’

Zambia’s Ambassador to Germany His Excellency Anthony Mukwita has expressed gratitude to tour operators that have stepped up their attendance at the Berlin-based global tourism show known as ITB, or International Tourism Bourse.

“Without private tour operators, President Lungu’s policy on tourism may be hard to realize”, the senior diplomat said.

Mr. Chaila’s ZTA continues to play a significant role in marketing Zambia at ITB and elsewhere despite the ongoing austerity measures government has put in place said Ambassador Mukwita.

“This leadership is what Zambia requires as creativity and personal passion is needed to ensure government programs continue to be implemented”, Mr. Mukwita said.

He said as embassies, the leadership at the Ministry of Foreign Affairs has encouraged them to be creative in the implementation of government programs even in the face of austerity measures.

Ambassador Mukwita noted that the expression of gratitude would be incomplete if the diplomats at the embassy of Zambia in Berlin including the locally engaged staff were not mentioned.

“They worked day and night even on holidays to ensure the most coveted tourism event in the world went well,” said the Ambassador.

He said Zambia’s continued presence at the ITB remains important while areas of improvement still exist such as the acquisition of stands first, and paying service providers on time or before time.

Looking to 2020, Ambassador Mukwita seeks early preparations so that challenges are identified in good time and corrected.

He said more exhibitors such as mobile phone providers and smaller accommodation businesses must be encouraged to attend ITB.

About 100,000 exhibitors and visitors walk through the halls of the Messe Berlin from about 160 countries every year while Zambia under Tourism Minister hon Charles Banda last year became the Culture and Convention partner for the first time.

Zambia as a peaceful and stable tourism destination always makes it more favorable for visitors.

“Germans for instance spent almost 1 billion euros traveling around the world last year according to available statistics and Zambia must look at cashing in on this”, said Ambassador Mukwita.