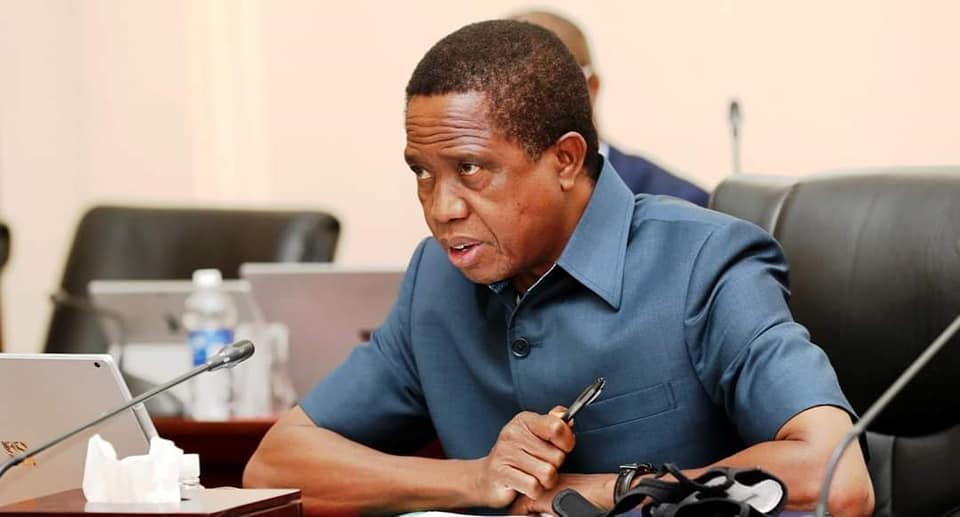 …a diplomats personal perspective
By Amb. Anthony Mukwita
27th March 2021, BERLIN
When President Edgar Lungu signed the Cyber Security and Cyber Crimes bill into law on 23rd March 2021, reactions from citizens and interest groups were mixed.
Some liked it others hated it, albeit, it had gone full circle in parliament before reaching the President’s desk for his signature.
As a diplomat and published author, every time there´s a new development in my beautiful country Zambia, I study it to prepare myself for questions from colleagues in need of the ´bare bones´ of the development at one point or another.
WHAT IS A CYBER CRIME?
Laws are often penned to correct or prevent a wrong, so firstly I sought to know what constitutes a cyber-crime the new law seeks to cure or prevent, I found a few below:
Among the top are Hate Speech, peddling Child Pornography that could permanently harm our children, Identity Theft, this is when someone steals your identity and use it to commit a crime, Malware, which is when your computers safety is compromised with the aim of stealing your valuable information.
Others are Phishing, Cryptojacking, Cyber Espionage or even slandering and libelling others under the veil of the internet or cyber space, the most common crime in Zambia especially since the rise of the use of the internet on platforms such as Facebook or chat groups.
In Zambia, cyber bulling has become a buzz word that leaves a bitter taste in the mouth but I will concentrate on the economic side of things and skirt away from the political side of things.
A study I read states that ostensibly, “hundreds of millions of cyber attacks occur in Africa annually with up to billions of dollars schemed by offenders that go largely undetected and unpunished” either because of lack laws or tech inabilities by governments.
ZAMBIA LOOSES BILLIONS OF KWACHA VIA THE INTERNET
This is something rarely told in public because of the sensitivity of the banking sector, but Zambian commercial banks have not been left unscathed.
According to a 2016 cyber-attacks study, “Zambia lost up to US$4 million, almost K100 million, in a year about six years ago at the hands of cyber criminals that hacked bank records with the help of local and international cartels according to one study.”
Other African countries such as Ivory Coast recorded about 1,409 cyber-attack complaints in courts in one year recently but the numbers seem to be dropping due to new laws with cash losses of about 8.9 million euros, billions of CFA.
AFRICA THE HAVEN OF CYBER CRIMINALS
Another study says, “Africa has become a nest of cybercriminals of all kinds. For instance, those who specialise in the “419” scam, named after article 419 in Nigerian criminal law, that penalises fraud and specifies the fines and other penalties for this sort of crime.”
The same study says close to home South Africa is worst affected because, “70 percent of South Africans have been hit by a cyber-crime, which is 50 percent of the world average.”
Zambia is among economies more exposed to cyber crimes than any other economies in the world, especially the rich west and Asia and it remains more vulnerable in the absence of laws stipulating punishment.
South African companies lost more than US$500 million dollars in 2014 alone.
ENTER THE ZAMBIAN MOBILE MONEY SECTOR
The rise in mobile banking popularly known as Airtel of MTN money has increases the threat of cyber-crimes says the study.
THE PROS AND CONS OF THE NEW LAW
Given the aforementioned scenario, it appears to me that the new law signed by President Lungu is necessary to punish and prevent those that nilly willy commit crimes online behind the veil of the internet.
I have no doubt that parents want their innocent children protected from perverts and peodofiles masquerading as Ice Cream salesmen online while every person with a bank account wants to ensure their money is safe and accounts are protected by the law.
I have no doubt that everyone wants to enjoy their integrity and not be opened to ridicule on Facebook by people spewing hate, insults and contempt, often without cause under the cover of cyber space, I must know I have been a target.
President Lungu ought to be commended for bravely signing the law (like he did when he signed the 50 percent plus one in 2016) that is expected to spike down the peddling of hate speech and insults that became a daily order in Zambia.
lS THE CYBER LAW OPEN TO ABUSE?
Concerns abound that the cyber law could be abused, just like any law and the answer is if there´s no vigilance, which Zambia isn’t short of, any law is open to abuse.
We are lucky to have a lawyer for a President whom I know would have cancelled out any abuse red flags before inking the law.
It’s also important to note that this law is not cast in stone like the laws of Moses but is open to amendments if found to be excessive.
Historically whenever a new law is introduced, reactions are mixed, which is normal in a democracy.
THE FEAR CREEPETH ON THE BACK OF THE LAW
Evidently, however, those fond of insulting and calling others names under the guise of the internet resent the new cyber law.
In conclusion, President Lungu who once said, “a stitch in time saves nine,” because a plan is better than no plan.
Don’t forget that some of the crimes committed online result into death like the 2013 Westgate attack at a mall in Nairobi Kenya were terrorists killed 68 people and injured 200.
I got additional readings for this essay from a paper entitled “Cyber Crimes in Africa 2016” and the new Zambian cyber law 2021, which is available to the public on only.
Anthony Mukwita is the Ambassador of Zambia to Germany. This personal essay was inspired by the recent enactment of the Cyber Security law of Zambia by President Edgar Lungu on 23rd March 2021.