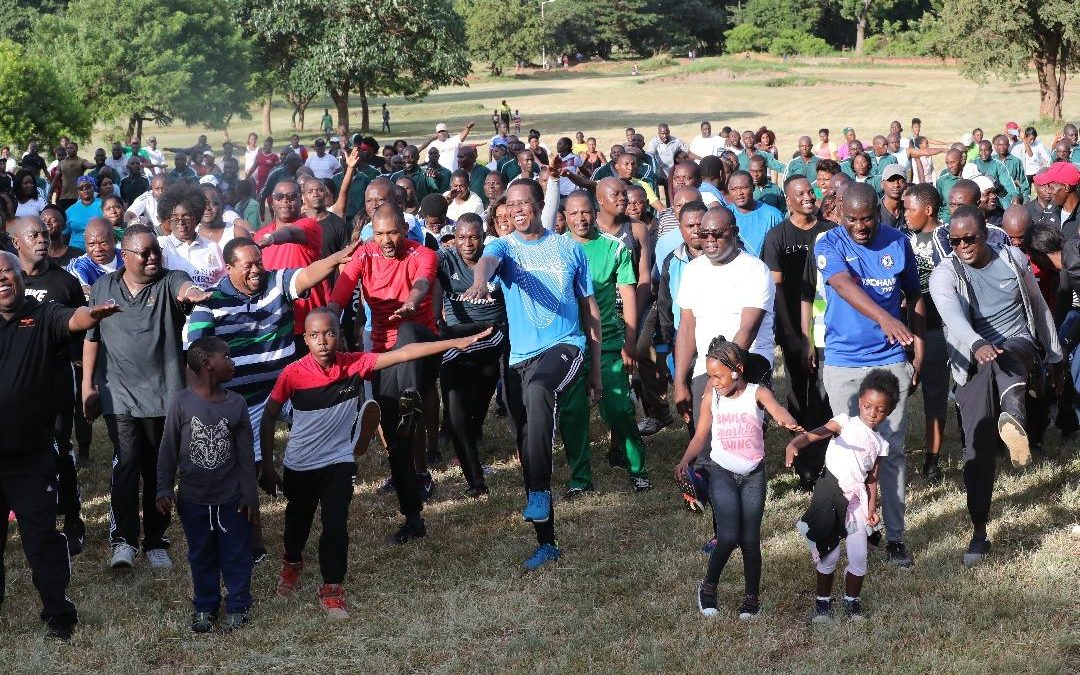 …….Zambians must emulate the President’s example.

Zambia’s Ambassador to Germany His Excellency Anthony Mukwita says the publicity given to President Edgar Lungu’s physical exercise regime is intended to communicate the need to remain healthy.

Ambassador Mukwita said as a national leader, President Lungu shares what he does with the rest of the country to create awareness around the importance of physical exercise and its implication for health.

He said health experts have in the past warned that the issue of obesity is not just a problem of some developed countries but a Zambian problem as well.

President Lungu runs several kilometers every day whether he is in State House or out of station with members of the public joining him on several occasions.

The senior diplomat made the remarks in his office when he received Frank Katebe, the German-based Zambian who recently participated in the Berlin half marathon. Katebe was accompanied by his wife Jana, his two children Marie-Kasuba and Louise-Malaika. He was also accompanied by his trainer Michael Rejske.

“Physical exercise has a lot to do with our health as a people and President Lungu has embraced it to inspire the whole country to care about their personal health”, Ambassador Mukwita said.

Katebe and his trainer took part in the 21km race, which saw thousands of participants drawn from over a hundred countries. Adorned in the popular green jersey of the Zambian National Team, Katebe ran to also raise awareness around the plight of Idai cyclone victims of Mozambique.

His wife Jana once worked in Beira, the Mozambican port city that has been hit the most by the cyclone. “I was heartbroken to see the city I know personally reduced to nothing”, Mrs. Katebe said.

Katebe and his trainer Michael are affiliated to a German non-profit-making organization, DLRG (Duetsche Lebensretlungsgesellschaft), which specializes in rescue operations that are water or sea-related.

“So our decision to seek help for the victims of the Idai cyclone was informed by what we do under DLRG”, said Michael who has participated in rescue missions before.

The trio wondered how similar tragedies in the developed world in particular would be sustained in the media for hours, days and weeks on end but covered only briefly when they happen in Africa.

On its part, the Zambian government responded by sending medical supplies to Mozambique in addition to an ongoing initiative in which funds for additional assistance may be donated through an account that has been opened.