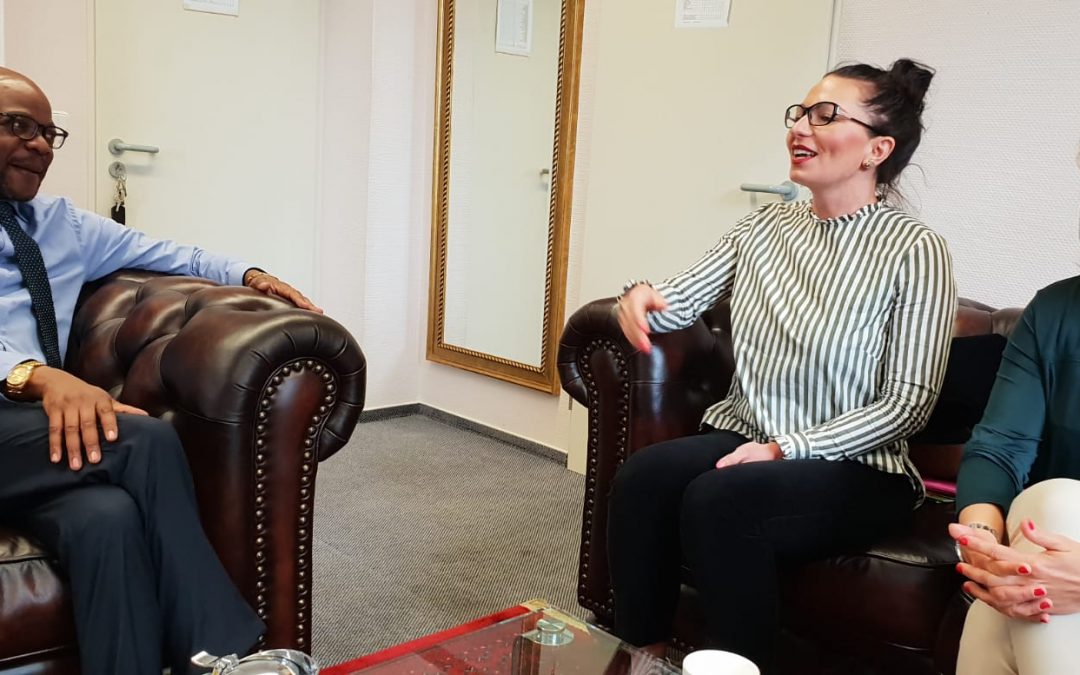 Zambia’s Ambassador to Germany His Excellency Anthony Mukwita says plans to establish a tractor plant in Zambia are still actively on the table. Ambassador Mukwita says he understands the anxiety Zambians may have on the project because of the expected development contributions the project is likely to make to the country’s agricultural sector.

He was speaking in his office when two Polish Business women Ms. Beata Koniarska and Ms. Agnieszka Klimczak called on him. The two come from the association of employers otherwise known as Pomeranian Employers based in the Polish coastal city of Gdansk.

Over a year ago, Pomeranian Employers invited Ambassador Mukwita as one of the speakers at a conference that brought together selected African government representatives and the business leaders in Gdynia, a coastal city in Poland.

The senior envoy made the remarks in response to calls for the Zambian government to engage the Polish business community.

“We are engaged in respect of plans to set up a tractor plant which should have been made possible through a Government-to-Government (G2G) credit line of a hundred million dollars”, Ambassador Mukwita said.

However, Mr. Mukwita said there have been policy changes in the administration of the G2G credit line and the Polish government has instead recommended that the Zambian government secures the same facility through the Polish development bank known locally as BGK or Bank Gospodarstwa Krajowego.

He said the Ministry of Finance is studying the option and in due course will notify the Polish authorities on the way forward.

The Ambassador has appealed to those that have been making enquiries in respect of the tractor plant to remain optimistic as the Zambian embassy in Berlin working relevant Ministries is working round the clock to ensure the materialization of the project.

Once the plant is set up, it is expected to employ 500 direct jobs in addition to the establishment of after sale service centers in the country’s ten provincial centers. It is also expected to lower the cost of tractors that currently remains higher for a number of farmers thereby affecting food security.

The tractor plant is part of President Edgar Lungu’s over all plans to transform the country’s agricultural sector as contained in the 7th National Development Plan.