We are keen for development cooperation – Slovenia bank 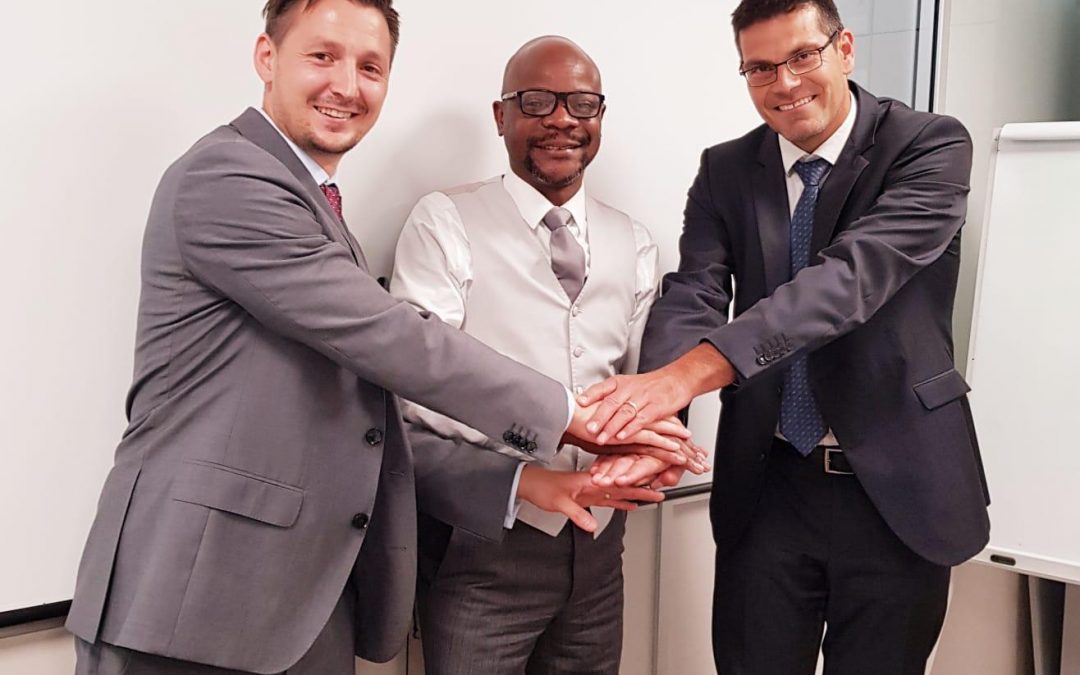 We’re keen to cooperate with Zambia

The International Development Bank of Slovenia wants to open up economic partnership discussions with Zambia in order to help boost growth. The Head of Credit and Investment Mr. Leon Lebar said the bank, known by its acronym SID Banka, was keen to begin such discussions as soon as possible.

Mr. Lebar was speaking during a high level meeting with Ambassador Anthony Mukwita at the Slovenia Development Bank headquarters shortly after the Zambian envoy presented credentials to President Borut Pohar of the Republic of Slovenia.

In response, Ambassador Mukwita told the bank that he was pleased to note the expression of interest in partnering with Zambia in development efforts. “We are going to ensure that the right arm of government picks up these positive developments”, the Zambian diplomat assured the SID officials.

In May, Ambassador Mukwita was in Slovenia to attend Africa Day, an annual event organized by the Ministry of Foreign Affairs of the Republic of Slovenia. On the sidelines of the conference, Ambassador Mukwita addressed a Zambia Business Forum organized by Honorary Consul Damian Zonta where he invited the Slovenian government and the business community to invest in Zambia.

The meeting with the International Development Bank of Slovenia is a follow up on the May business forum at which an SID representative indicated to Ambassador Mukwita that the bank was willing to explore areas of cooperation.

“Perhaps the Development Bank of Zambia might want to pick up the discussion following SID’s willingness to work with Zambia as it expands beyond Europe and the Middle East”, said Ambassador Mukwita.

Despite Slovenia having a small population of almost 3million people it has a robust economy with an estimated GDP of $60 billion, zero inflation and unemployment rate of below 0.1 percent, according to studies.

“Now that we have presented credentials, it is time to escalate President Edgar Lungu’s economic diplomacy”, the Zambian envoy said with a note of confidence and excitement.