What would Magufuli do? 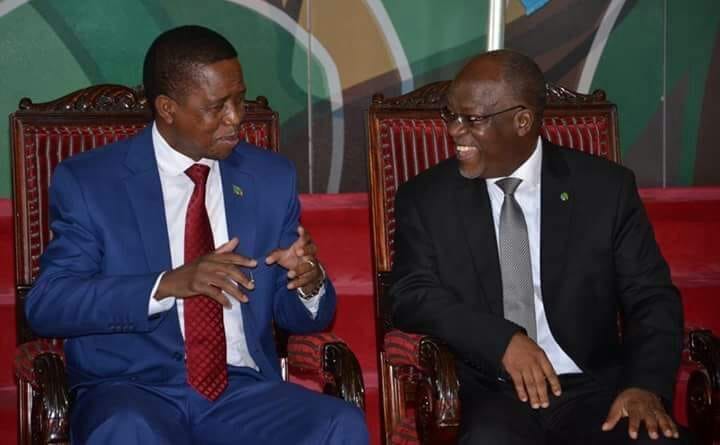 …how President John Pombe Magufuli captivated African media, a diplomatic glance
By Amb. Anthony Mukwita
21st March 2021, BERLIN
About five years ago, the African media world was captivated by a new buzz word—What Would Magufuli do? or WWMD.
The phrase of course had been used before in reverence and reference to President Obama and even the Lord Jesus Christ, whenever, people hit a brick wall.
Never before, however, had it been so used as a prefix for an African leader, as it did with President John Pombe Joseph Magufuli, the fifth President of the United Republic of Tanzania after he assumed office in 2015.
Media prose from Cape to Cairo and Main Street to High street have today been awash with obituaries of the larger than life African leader, aptly nick-named the Bulldozer by Tanzania´s media due to his brashness and strong desire to get the job done against all odds.
PRESIDENT EDGAR LUNGU REMEMBERS PRESIDENT JOHN MAGUFULI
Personally, I never knew or even met H.E Magufuli so my recollection of the dotted leader, as a keen documentarist of African contemporary history is limited to what I have read and first-hand information from those that knew him such as fellow envoys.
Back home, our President H.E Edgar Lungu shared a personal and work relationship with his departed friend whom he nostalgically recalls for a generous donation he (H.E Magufuli) made to Zambia´s agriculture sector, in form of early maturing cashew nut seed variety that is uplifting the livelihoods of Zambians ´kwa hae´ in Western Province and putting money in peoples pockets.
In Tanzania, the list of his productive work in over just five years runs like a thread of gold starting from a high-speed rail, hydropower stations, expansion of the Mzee Julius Nyerere International Airport, a port at Dodoma and the revival of the once defunct Air Tanzania, even without local pilots.
He will be nostalgically recalled for ´killing´ “Ghost workers” off government payroll that robbed Tanzania of scarce financial recourses that were later to be channelled towards building schools or sinking bore holes for clean water.
THE CASE FOR WRITING MORE LITERATURE ON AFRICAN LEADERS
President Magufuli had a hate love relationship with the western media that likened him to a dictator and often chose to focus on allegations of covid-19 denier rather than his major economic scores that saw Tanzania´s economy race beyond 7pc annually when regional economies slowed down.
President Magufuli to me is a perfect example on why African writers and documentarists must step up to the plate and document their own African stories instead of leaving the task to the west.
If you have any doubt about this, google three or five main western news agencies on President Magufuli and other African obituaries.
HOW WILL AFRICA REMEMBER PRESIDENT MAGUFULI?
President Magufuli is not painted in the good light that his people know him of but with a brush of impunity.
I must know because I have written a book on a living President so that others such as John Smith or Andrew James do not distort what we know of our own story. We must control the narrative.
When Africa remembers President John Pombe Joseph Magufuli, I reckon it is important to recall him as a reformist as referred by President Lungu and as “Pan Africanist” as referred to by President Uhuru Kenyatta of Tanzania.
No one leader is perfect but the challenge for African writers must be that of combining the “bitter with the sweet” in order to counter the mostly bitter west narrative because history is written by winners.
Survived by First Lady Janet, children Jessica and Joseph, President Magufuli who started off a career as a teacher and later obtained degrees in chemistry will be remembered for many different things by Tanzanians and beyond following his death at 61 only.
REGIONAL ECONOMIC INTERGRATION
When uplifting African stories and songs are written, President Magufuli shall be in lots of lines of many songs and books.
His demise while sad and devastating nevertheless has inadvertently paved way to Tanzania´s first female President H.E Samia Suluhu.
Tanzania´s President Pombe shares a number of similarities with the President Lungu, starting from their staunch belief in Christianity, their female vice Presidents (VP Madam Inonge Mutukwa Wina) the frowning upon on same sex marriages and above all, the strong desire for regional economic integration.
President Magufuli and President Lungu of are credited for the establishment of the “One Stop Border Post” between Zambia and Tanzania, two countries that already share the Tanzania Zambia Railways or Tazara spearheaded by founding fathers Mzee Julius Nyerere and Dr Kenneth Kaunda. True pan Africanists to the core.
The US$6million modern border post at Nakonde in Zambia and Tunduma in Tanzania established in 2019 will boost the two countries economy, especially as Zambia gets linked to the port of Dar es Salaam via the same border.
Lets not forget an oil pipeline between Tanzania and Uganda under the Magufuli thumb.
ENTER THE FIRST FEMALE PRESIDENT OF TANZANIA
The death of President Magufuli has also seen a huge rise in google searches of Tanzania, with some people especially in the west discovering that Mount Kilimanjaro is in fact in Tanzania and not Kenya.
President Magufuli was born on 29th October 1959 in Chato village and studied science at the University of Dar es Salaam according to official records.
I was going to write another chapter, then I asked myself, “what would Magufuli do?” The King is dead. Long live the King.
Mr Anthony Mukwita is the Ambassador of Zambia to Germany and author of the best-selling book, “Against all Odds; President Edgar Chagwa Lungu´s Rough Journey to State House.” This personal essay is inspired by the life and work of the late President of Tanzania H.E John Pombe Magufuli.
File pictures: President John P. Magufuli, President Edgar C. Edgar Lungu and author Amb. Anthony Mukwita.
Source: Smart Eagles Zambia 2021