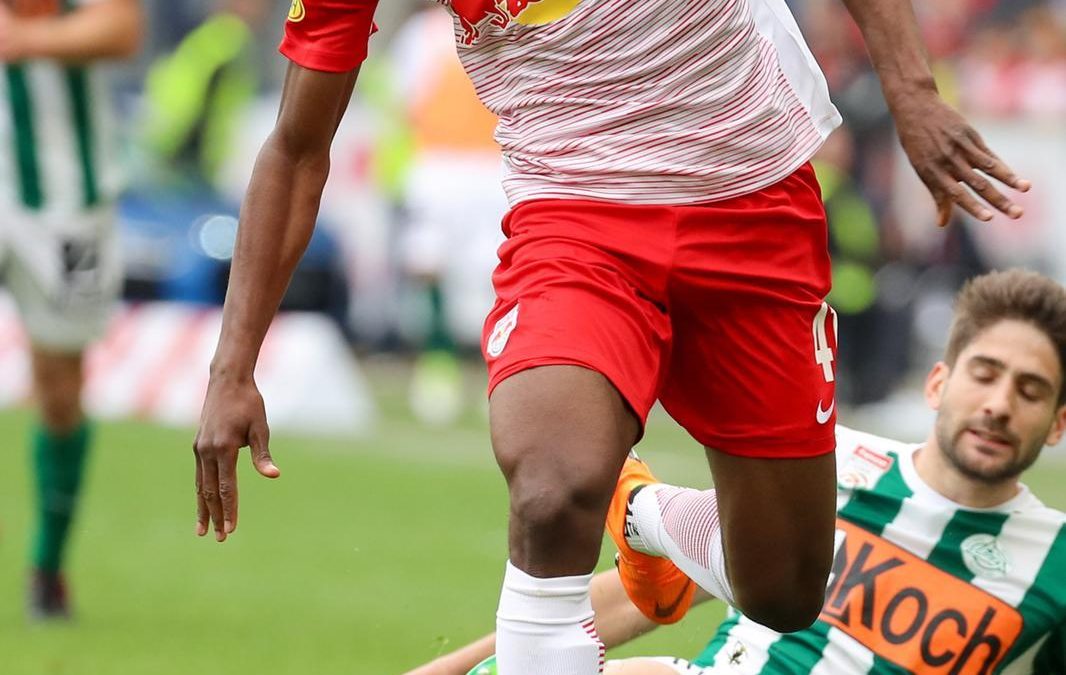 Zambia’s Ambassador to Germany, His Excellency Anthony Mukwita has urged Patson Daka who plays for RedBull Salzburg in Austria to maintain high standards of discipline.

Ambassador Mukwita, who is also accredited to Austria on a non-residential basis, told Daka in a phone conversation that Zambia’s reputation rode on his shoulders.

“As a footballer and a successful one as you are, how you conduct yourself reflects on the image of the country you come from”, Ambassador Mukwita told 20year-old Daka in a phone conversation.

Mr. Mukwita was in the Austrian capital Vienna to present credentials to His Excellency Alexander Van Der Bellen, the President of Austria. He gave Daka a call because the Zambian National Team Player is based in Salzburg, 400 km away from capital Vienna.

Daka told the ambassador he was in Zambia on vacation at the time of the conversation. The Zambian senior diplomat told Daka that professional footballers that have conducted themselves well have helped place their country’s names on the global map.

“In diplomacy, a country with a good name is a country worth doing business with. Look at the contribution of your big brother, perhaps old enough to be your father great Kalu”, Ambassador Mukwita said.

“Wherever you go in the world, Zambia is known because Kalu contributed to its reputation because of his discipline in football”, the Zambian envoy told Daka.

When asked whether he wanted to grow to become the “great” Kalu, Daka chuckled letting out a little laughter and said, “I do and actually want to be even greater than him” to which the ambassador responded, “yes, I am sure great Kalu would like to see young players develop football beyond his contribution”.

Ambassador Mukwita advised Daka not only to play football but also pursue an education. He said this was important because football had a limited lifespan but he could fall on his education later in life.

“Next time we speak, promise me that you will have enrolled in college or university studying something”, to which young Daka responded in the affirmative.

Daka, who has scored two goals in four games since joining the senior team having moved from the junior team, plays along his Zambian counterpart Enoch Mwepu bringing to two the number of Zambian professional footballers playing in Austria.

Redbull Salzburg is in the Austrian premier league and on top of the league table.

Ambassador Mukwita has decided to add sports diplomacy to his activities saying, “football is huge in Zambia and an opportunity for a lot of our young people”. The senior diplomat has pledged to explore opportunities for football development and professional soccer slots for young Zambian players in countries where is he is accredited which include Poland, the Czech Republic, Hungary, the Slovak Republic and Slovenia in addition to Germany where he is based.