You are a priority country – Czech Minister 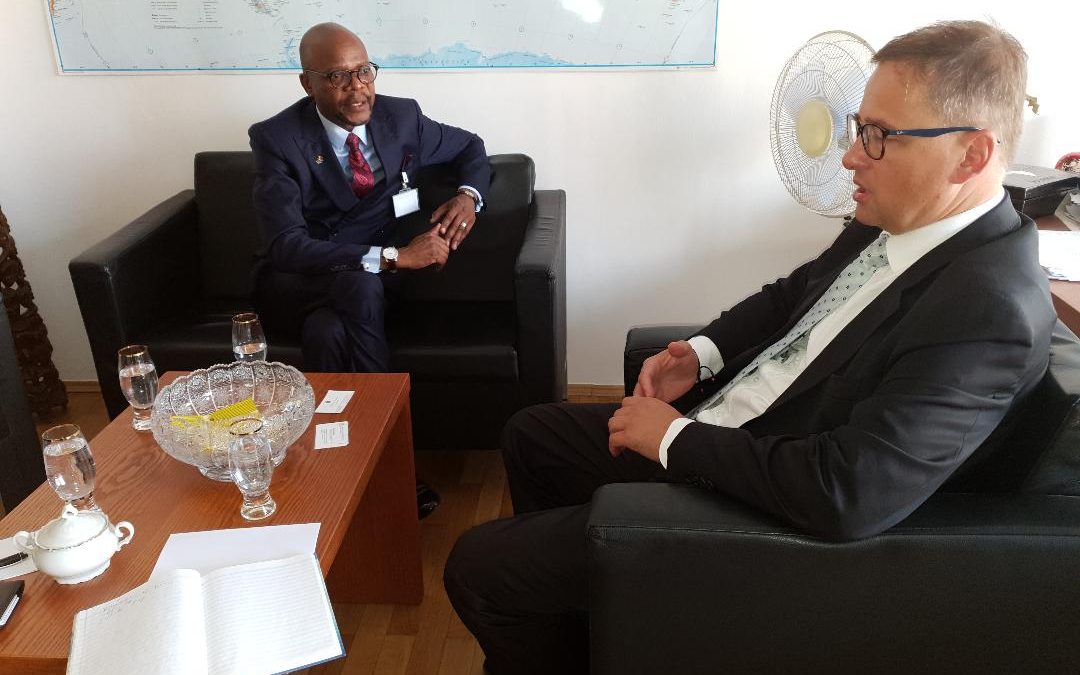 You are our priority country – Czech Minister

……. You should consider opening an embassy here

The government of the Czech Republic says it considers Zambia one of its priority countries in development cooperation in the Sub-Saharan region. Ivan Jancarek, Junior Deputy Minister in the Ministry of Foreign Affairs says of the seven embassies the Czech Republic has in Sub-Sahara Africa, Zambia is one of them.

This is according to a press statement issued by First Secretary for Press and Public Relations Kellys Kaunda who is with Zambia’s ambassador to Germany Anthony Mukwita in Prague, the Czech Republic to which the Berlin-based Zambian envoy is accredited on a non-residential basis.

“We would like to grow our development cooperation with Zambia”, Mr. Jancarek told ambassador Mukwita adding, “Please open up an embassy here so that together we may grow our relationship”.

In his remarks, ambassador Mukwita undertook to relay the message to President Edgar Lungu who he described as equally committed to deepening relations with the Czech Republic.

“I ll relay the message to the Zambian leader but rest assured that President Lungu wants to see economic diplomacy escalated between the two countries”, ambassador Mukwita told the Czech Minister when he called on him at his office at the Ministry of Foreign Affairs where the Zambian envoy was presenting copies of his credentials in readiness for the allocation of the date for eventual presentation to the President of the Czech Republic.

The copies were presented to Ambassador Marketa Sarbochova, Director of the Diplomatic Protocol who is now expected to arrange for a date when the Zambian envoy could present them. Recently, the Czech Republic opened an embassy in Zambia, which closed down in the 1990s as the wind of change blew across Eastern Europe breaking up States.

Since then, there have been official visits between the two countries involving the Ministers of Agriculture of the two countries with a Memorandum of Understanding signed on the 15th of April in 2016. In March 2008, then Czech Deputy Prime Minister of Foreign Affairs Jan Kohout visited Zambia with a reciprocal visit undertaken by then Zambia’s Foreign Minister Kabinga Pande.

There is an existing MOU between the Zambia Chamber of Commerce and Industry with their Czech counterparts the Confederation of Industry of the Czech Republic. There are several areas of cooperation that also include possible scholarships for Zambian students that so far have only been three places but with a possibility of increasing them.

“We need to re-invigorate our relations as the development potential with escalated economic diplomacy between Zambia and the Czech Republic is immense”, ambassador Mukwita observed.