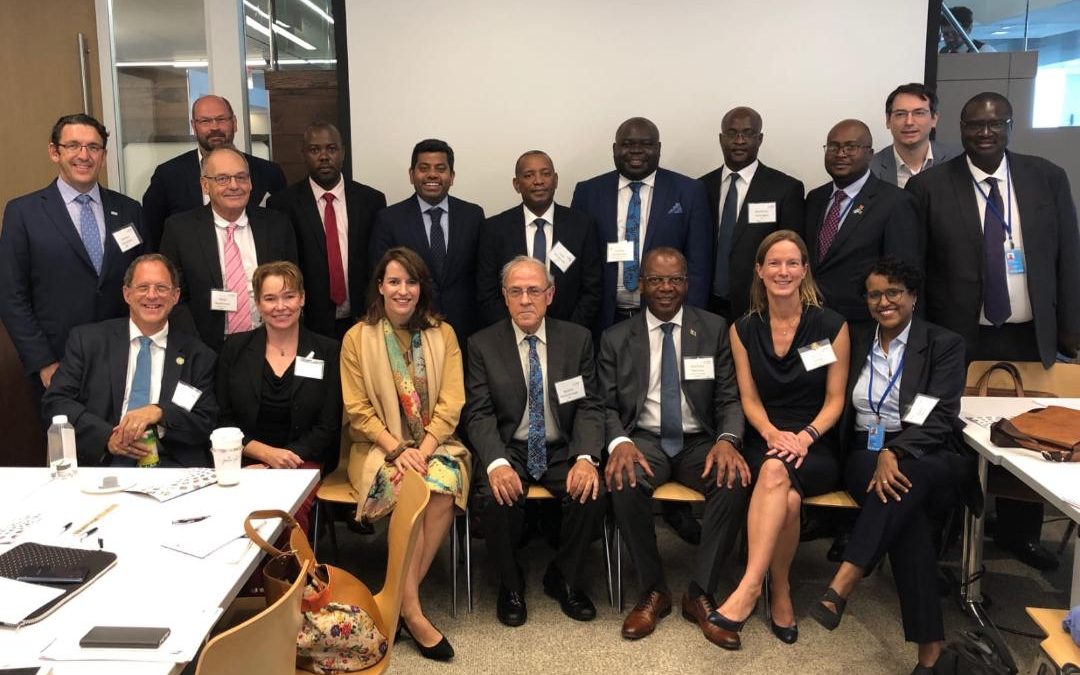 Zambia’s Ambassador to Germany, His Excellency Anthony Mukwita has described as historic and a defining moment the decision by President Edgar Lungu’s government to legalize the introduction of a creditworthy off-taker in the energy sector.

Ambassador Mukwita said the decision will practically assure the investor community with interest in the energy sector that their investment is sustainable and can be profitable.

Mr. Mukwita said there is considerable interest among German businesses in the Zambian energy sector whose question has always been the ability by the market to purchase their power once generated.

“With a creditworthy off-taker now legalized, the embassy in Berlin can now confidently invite the investor interested in investing in the energy sector to head to Zambia”, the top Zambian diplomat in Germany said.

Potential investors in the Zambian energy sector have been concerned with the ability by the local market to pay for their energy once generated preferring that the Zambian government undertakes to buy their power or structure a power purchase agreement with ZESCO – the country’s national utility firm.

In response to this question, the Zambian government has acted by legalizing an independent but creditworthy off-taker that will provide the much-needed guarantees. This is a major policy decision in the history of the energy sector in Zambia.

Ambassador Mukwita was speaking on the heels of the historic announcement by Energy Minister hon. Mathew Nkhuwa who, in a statement (attached below), said the ‘off taker’ had been approved.

“This is expected to up the energy game that President Lungu has been concerned about for a while now with a bid to eventually reduce or make load shedding history,” said Ambassador Mukwita.

Since independence, Zambia has been dependent largely on hydro generated power leading to power outages during seasons of poor rainfall. During the 2014/2015 rainy season, just about every sector of the economy ranging from domestic activities, small businesses such as saloons, grocery stores, welders to medium and large enterprises were adversely affected.

The current season is no exception with power cuts lasting more than 10 hours or more in some instances signifying the urgency of the problem and the need for government to act decisively. The decision to authorize an independent off-taker comes on the back of a series of capital-intensive investments costing billions of dollars in new hydro power plants, solar and photovoltaic solar power plants in different parts of the country.

This is in addition to another major policy decision taken for the first time in the country’s history by President Edgar Lungu when his government eliminated energy subsidies that had rendered the energy sector unattractive for private investment.

“We wish to reiterate President Lungu’s message to the Zambian people that they elected him to resolve problems others had neglected for fear of losing power”, Ambassador Mukwita said, adding, “the pain the nation continues to feel owing to power outages will have to be endured today while the measures being undertaken now go through a process of maturity”.