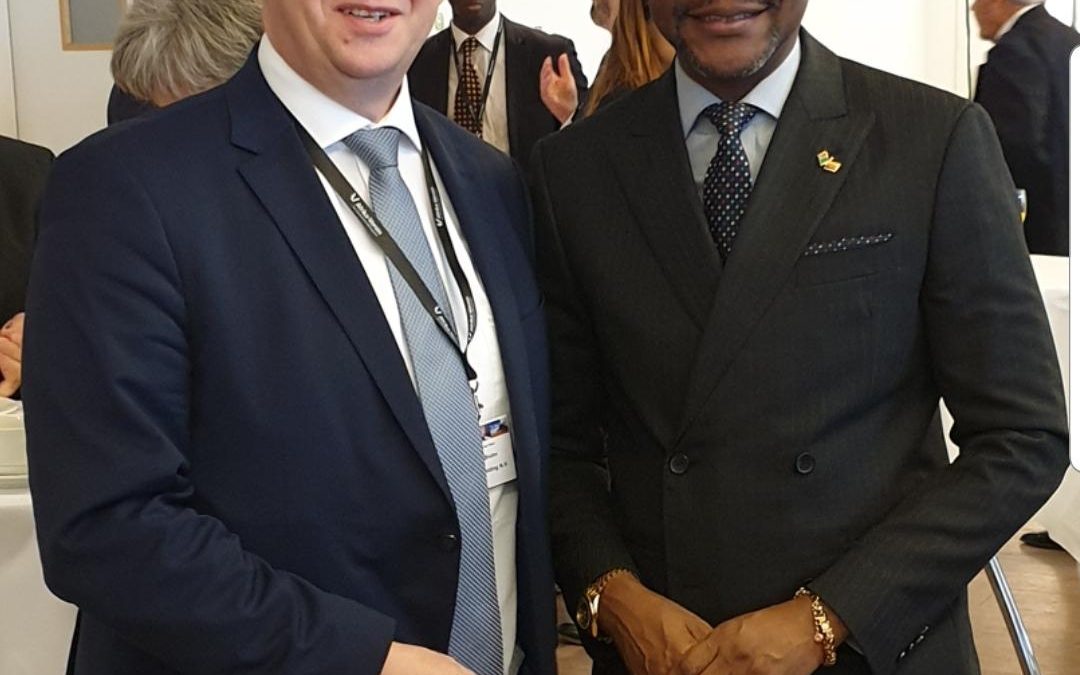 Zambia is among dozens of countries attending the most important food annual and agriculture event held in Berlin under the auspices of the Federal Ministry of Food and Agriculture of Germany said H.E Anthony Mukwita, the Ambassador of Zambia to Germany.

The high-level meeting dubbed the 6th German-African Business Forum comprises mostly Ministers of Agriculture from African countries such as Zambia and or heads of missions.

“The event occurs on the side lines of the all-important Green Week also known by its German terminology, Grune Woche,” said Ambassador Mukwita who is representing Zambia at the event.

“It attracts the most astute minds in agriculture from business and governments and none governmental organisations as they grapple with finding sustainable solution to increasing food production and reducing poverty,” said Ambassador Mukwita.

The envoy said Zambia is already being show-cased as a ‘positive agriculture destination’ with huge tracts of arable land, great weather patterns and high regard for the rule of law that investors often seek.

“We are here with the biggest private sector investor out of Germany Mr Carl Bruhn who is following the events closely as he continues to seek to grow business in Zambia.

Ambassador Mukwita said Mr Bruhn runs and owns Amatheon Agri Holding NV in Zambia that directly employs 600 tax paying Zambians and about 15,000 none direct out growers supported by the company.

Grune Woche is a busy week in Germany for diplomats and business executives as they shuttle between business forum and networking at events hosted by the Food and Agriculture Federal Ministry at Messe Berlin.

“Being here annually joining others from the continent and learning new things is enriching for us in more ways than one,” said Ambassador Mukwita.

As Berlin goes Green, this is what the week looks like in numbers:

The Green Week rides on the back of Global Forum for Food and Agriculture (GFFA).

This is where over 80 international ministries and food producers meet – their displays reveal the fascinating world of the food and beverage industries.

In Germany news outlets alone over 18,000 articles, 1,000 radio spots and 600 TV reports were published about last year’s event and could be more this year.

Over 3,000 journalists from around 75 countries are accredited for the GFFA during this week annually.

The Chancellor and the Federal Minister of Food and Agriculture are constant fixtures including diplomatic Corps and government Ministers at this event.

Over 1,800 exhibitors with over 100,000 products from all over the world, they include food industry representatives, wholesalers, retailers, caterers and Agricultural importers.

Caption: Amatheon CEO and Founder Carl Bruhn share a moment at the Ellington Hotel Berlin during the event on Monday.