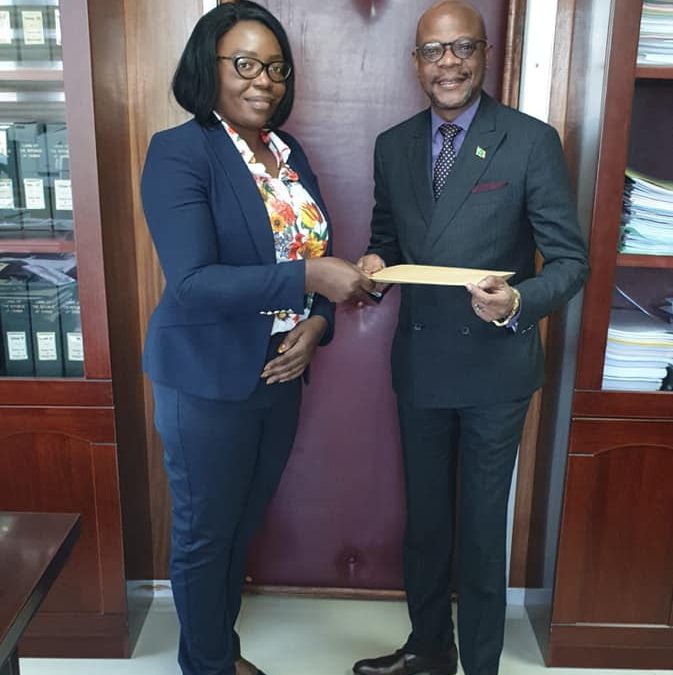 …to reduce deaths of babies, mothers and cancer, Amb. Mukwita

05.01.20 Berlin
Zambia has signed a crucial Memorandum of Understanding or MoU with Austria that could result into a significant reduction of the number of babies and mothers dying at birth said Zambia’s Ambassador to Germany H.E Anthony Mukwita.
Ambassador Mukwita said the Cancer Centre at the University Teaching Hospital or UTH could also get ‘rehabilitated and upgraded’ to international standards following this momentous MoU facilitated by the embassy, in addition to the infants and mothers’ wards rehabilitation at UTH.
“It’s the most crucial agreement our embassy has facilitated with Austria in over 15 years,” said Ambassador Mukwita, “once completed it could lead to the number of mothers and babies dying at birth reducing drastically.”
Ambassador Mukwita said President Edgar Lungu has often stated that death of mothers and babies at birth must not occur in 21st century Zambia, “No mother must die while giving birth,” said President Lungu in recent official statements.
Zambia has reduced the number of babies and mothers dying at birth by the hundreds, but President Lungu wants the deaths further slashed because an ‘increased and healthy population’ of Zambia is key to GDP growth of the southern African country said Ambassador Mukwita.
Alongside the ambitious proposal to slash infant and maternal mortality, the Zambia Austria MoU, with AME International, also seeks to ensure cancer deaths and infections are slashed due to early detection and treatment once the Cancer Centre is upgraded.
Zambia must also become a treatment and skills hub after the upgrade according to AME International partner Heinz Messinger who has travelled with H.E Mukwita twice to Zambia in July and December for ‘on the spot’ studies on the UTH facility’s needs.
The financing for the projects if approved will be on a ‘zero interest’ rated basis, which the government of Zambia prefers as compared to commercial loans.
“This is all part of our economic diplomacy quest which has been very well supported by our headquarters at the Ministry of Foreign Affairs in Lusaka,” said Ambassador Mukwita.
The senior diplomat said the Office of the Vice President Mrs Inonge Wina, Finance Minister Dr Bwalya Ngandu including the management team at UTH cannot be thanked enough for bringing the successful Austria Zambia MoU.
Perhaps of even greater help on this was PS’s Health, Finance, Kakulubelwa Mulalelo, Chikuba Mukuli and Stephen Mwansa.
They played crucial roles along with the office of the Secretary to the Cabinet and Dr Simon Miti that is always diligently assisting and facilitating the mission’s efforts said the senior diplomat.
Austria’s decision to partner with Zambia on this health MoU that could save lives of mothers, babies and cancer centre could be a “true new year gift to Zambia.”
It is also testimony according to Ambassador Mukwita that the embassy in Berlin can work well with the right kind of support it has been receiving from HQ in its quest for greater economic diplomacy.
“Austria is a great country with a US$ 500 billion GDP, its interest in Zambia just goes to prove the notion of us being a great people and a great country…it is a good story that is not told enough,” said Ambassador Mukwita.
The health MoU is a “New Year 2020 gift that keeps on giving for us as long as the number of dying mothers and babies reduce and that of cancer too,” said Ambassador Mukwita adding that this means the embassy seeks to ‘walk the walk and talk the talk.’